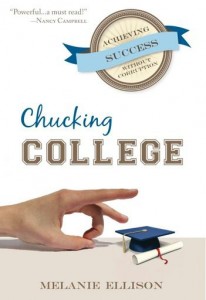 Hello. I’ve been an avid reader of this blog for a long time and Suzanne has been kind enough to let me review this book for everyone. However after reading this she may owe me a bottle of wine!

I wish I were joking…

I’m sure many of you have heard of this book. Maybe you read the summary, the reviews, or a couple of the free pages on Amazon and had a good laugh. Well now be prepared to cry…

I will be using the classic film Mean Girls to help me illustrate my points in this post and to keep me sane from Ms. Ellison’s ridiculous and unsubstantiated claims.

Quickly a little bit about me. My name is Dani and I’m a college student at The Ohio State University. (Note: I hate it when people emphasize THE in the name of the school like those football players do every Thursday night. But I can’t change the past.) I’m 22 years old, a practicing Catholic, a big Lady Gaga fan, and I enjoy a glass of whisky on the weekend.

That’s the big stuff you need to know now.

Now before I start proving that Ms. Ellison has written a book that’s the equivalent of the dog poop on the bottom of an old man’s shoe, I would like to add one more small piece of info.

I’m sure you have all heard the news about the incident at Ohio State last Monday. I was near the hospital at the time having a bagel after class and saw the ambulance and law enforcement heading to the scene. Even though it ended up not being an active shooter situation, it was not a good day. So I will be unusually snarky and critical of Ms. Ellison in this post since I’m sure an incident like this will be used in her upcoming sequel Chucking College 2: Islam is an Evil Religion Because the Radical Fundamental Islamic Terrorist Groups are Dangerous so That Makes You All Deplorables. Oh and Don’t Go To College.

Life Lesson: If you don’t want me to disprove or be critical of your work, then maybe don’t publish a book full of ridiculous claims that can be easily invalidated by a little empirical evidence and a lot of common sense.

I planned on reviewing the introduction but I didn’t even get that far because I have a genuine question about the point of the book.

Success. Success? How do you define success Ms. Ellison?

Is success studying hard to get into college and then working hard to graduate? Is it the ability to be able to get a job to support you or your family? Is it the amount of money you make in a year? Is it about the amount of friends you have? The amount of fancy clothes or cars you own? Reaching a big goal? Or how happy you are or the happiness of the people around you?

Now if success is only defined by having a “strong relationship with the lord” (Which I don’t think any of them have. God is not this hateful, piece of crap they always make Him out to be. I think he’s really funny. But that’s another topic…) and reciting the same hateful, sexist, racist, misogynist language your cult leader has indoctrinated in your head…

Then yeah! I agree with you! College would be the worst thing! We can have any independent critical thinking. That’s only for God and Bill Gothard.

First up is Mrs. Jennie Chancey. You may know her as the founder of Ladies Against Feminism. The propaganda in this book is right up her alley so of course she is highly complementary. My favorite line in her review has to be:

“If you’re standing at the fork in the road wondering which way to go, grab a copy of Chucking College today.” (Chancey)

I love this. She is able to say “If you’re thinking about going to college, read this book so we can manipulate you not to go” in such a sly manner that I’m almost impressed! I nominate her for the Regina George Prize for Artful Manipulation, if no politicians are running I think she could win!

Next up is David A. Noebel who is listed as the former president of Summit Ministries. But he is also the author of many books such as Mind Siege: The Battle for Truth in the New Millennium, which essentially is about his conspiracy theory that liberal groups are turning America into an unethical, godless country. The Wiki page for the book lists the groups allegedly involved which include: major TV networks, the United Nations, UNESCO, Rockefeller Foundation, United States Department of State, Planned Parenthood (not surprised), the National and World Council of Churches, and 2,000 colleges and universities.

So basically if your beliefs differ from his then you are a godless liberal conspiring against the good “Christians” of America. (These people aren’t truly Christians so I will continue to use quotes whenever referring to their religion) Here is his entire review:

“While I am a profound advocate of ‘higher education’ let it be known that I am a profound advocate of higher education. What is presently being offered by America’s colleges and universities majoring in ‘party’ or ‘marijuana day’ is not even ‘lower education.’ And these ‘educational’ institutions fostering warmed-over atheism, relativism, and evolutionism are propaganda mills and not related to any definition of ‘higher education.’ Therefore, what Miss Ellison is seeking to do with Chucking College is well worth reading and her Appendix B entitled ‘College Dropouts Hall of Fame’ is worth the price of the book.“ (Noebel)

We’ll get to the College Dropout Hall of Fame section later, but majoring in ‘party’ or ‘marijuana day’…. Where is this on the Ohio State Website? Majoring in ‘party’ could be helpful in my major… Or ‘marijuana day’! Did my college become really cool and I didn’t even know about it? I’ll get to the generalization and oversimplification when we actually start the book because that is the only thing she uses to try to justify how her beliefs fit for all American colleges. 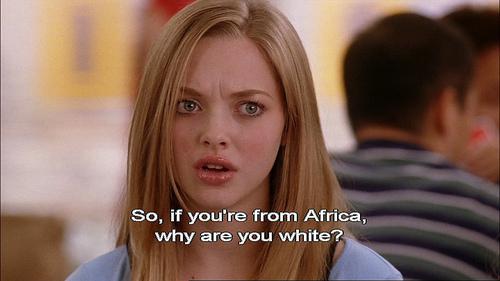 Ugh. I can’t even describe how much I am completely disgusted by this next guy.  Meet Kevin Swanson, Director of Generations; a ministry founded to strengthen homeschooling families. He has a lot of podcasts available on the Generations website and I listened to part of one called Psychiatric Problems on the Rise Among College Kids: Why College Kids are Going Insane. I made it to the 13:22 mark of the half-hour long podcast before I had to go for a run while blasting ‘gansta rap’ to calm myself down. I took notes while listening but since this post is long enough already, the main ideas were:

#1: That may be your opinion, and that’s fine, but don’t say it like it’s an undisputable fact. Cause you will be proven wrong.

#2. If this doctor says that 50-60% of college students (I assume in America, but it may just be one school or area) have some sort of psychiatric problem, then can you imagine the amount of fundamentalist “Christian” homeschool students that have psychiatric problems?

#3. A huge thing that bothered me was that when they referred to the homeschool kids, when comparing them to the heathen public school and college kids, they only referred to the males. Really. Instead of the children or students, they used men, or boys. They also kept bashing the fathers because it was their fault for not bringing them to work, because they know everything about everyone. Women aren’t even in the discussion since they are busy, you know, with God and stuff.

#5.  Lastly stress, anxiety, depression are just some psychiatric problems that people have THAT ARE COMPLETELY NORMAL! I have never met a person who never had to deal with any of this! The fact that students are going to get help for these issues and we can talk a little more openly about it is amazing! But here, Swanson is equating psychiatric problems with mental illness.

He flat out states that kids going to college become ‘insane’. Yeah he used the word ‘insane’ to describe college students. Even if someone has a diagnosed mental illness, which is a disease and won’t go away even if they leave college, they are in no way ‘insane’. It shocks me that two grown, “adult” men would call a whole group of people insane.

A line from Mr. Swanson’s review:

“It is high time to examine how the average college situation today fails to provide mentorship, practical know-how, market preparedness, a proper biblical worldview, and spiritual and life maturity for young men and women.”(Swanson)

This is college, not bible indoctrination camp. If this is what you want out of college it’s no wonder you all are disappointed.

The last review is from the lovely Nancy Campbell. That’s all I want to say about that…

Next time will be the introduction and hopefully the first chapter. Depends on the amount of crap in the intro.

Mean Girls sums up these “Christians” perfectly, so I’ll end on this: 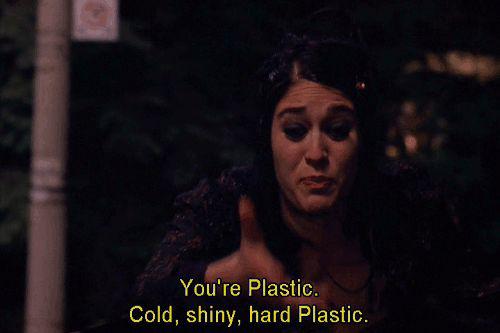 December 7, 2016
Quoting Quiverfull: How to Handle a Screaming Child?
Next Post