Of Babies and Bathwater

Today’s guest blog keeps it once again all in the family. After my first cousin once removed Bruce Johansen’s guest post, as well as one by my mom, I am excited to present one by my big sister Casi Stedman Nelson. A year — no, a year and seven months, as she loves to point out — older than me, Casi was one of my best friends in childhood. I looked up to her in many ways (so much so that I let her cut my hair with a toenail clipper when we were very young), and it’s a thrill to feature a post by her on NonProphet Status. Below, Casi reflects on the birth of her son — my first nephew! — last year, and what it will mean to raise a child in a religiously diverse world.

After ten challenging months trying to work long hours as an executive while pregnant, it was finally over. My first baby was here in my arms.

He was beautiful. That being said, after many hours of labor, I was completely exhausted. I quickly turned to my mom and said: “He and I don’t have a very good relationship right now. We are going to work on it later.” And so it began: our journey as mother and son.

It is amazing how becoming a parent changes your entire perspective on the world around you. I am responsible for this new little life and that is a daunting task in today’s world.

This is especially true when it comes to addressing the “big questions.”

Some might think it would be simple: his father and I are both Scandinavian Lutherans, so of course we should raise him that way, right?

However, I want to raise my son to be able to take in all of the information available to him and make a choice based on what he believes and what he wants to do.

The world he will be growing up in is very different from the one in which I grew up. This one is faster, more complicated. I was privileged to have a mother that encouraged me to form my own opinions (and they were usually strong ones that were contrary to hers) and not accept things at face value. Because of this I am open minded and always willing to learn. I hope for the same for my son.

He will be a part of a world in which some tie certain religions to terrorism, others are persecuted for their beliefs, and many are not well understood. A world where a great majority slips into whatever religion makes them feel comfortable; where many practice a religion without taking the time or having the opportunity to journey and explore their beliefs, or lack thereof, for themselves.

As a result of a good deal of soul-searching, I have aligned myself with the Lutheran faith. However, this does not mean I commit myself to one ridged set of beliefs. I have my own individual set of beliefs that work for me and they are ever-evolving.

As for my son: I feel that I can only do the best I can with what I have. I can raise him to think for himself, give him choices and give him tools to learn and decide what he wants. And I believe one of them most essential tools will be the ability to work with others.

I don’t like to use the word tolerance because I think we can give people more than that. We don’t always need to accept everything about everyone, as that would be impossible, but we should maintain a basic respect for others and always make an effort to understand them. I hope to teach my son to listen — and, more importantly, to listen with empathy, something I am not always good at.

Above all, I just want him to be happy. I hope in my lifetime to see a world that is not so divided, but in the meantime I will be doing my part to raise a free-thinking, empathetic young person that views the world as being more similar than different — a world full of people, not the stereotypes we so often see them as. 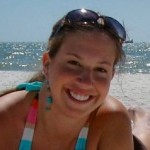 Casi Nelson received her B.A. in Communications and Spanish from Concordia College. She is a newlywed and first time mother. She recently resigned from her position as a Target Executive to be a full time mother and pursue other interests including, but not limited to, reading her brother’s fabulous blog. In her “free” time, Casi likes to get together with friends and family or curl up with a good book. She is looking forward to the day when her son is old enough to spend a couple nights at Grandma’s, so that she and her husband can take a trip to Mexico.

February 1, 2011
From Ground Zero to Gays in Uganda: A Millennial Response to Modern Moral Crises
Next Post