Which is worse: religion or rape?

Here’s a no-brainer: Imagine you were given a magic wand and, with just one quick gesture, you could rid the world of one of two things: rape or religion. Which would you choose?

Easy, right? Religion isn’t perfect, but rape is something that devastates the lives of its victims, affects 1 in 5 women in the United States (more than a few being my close friends), and can never even vaguely be construed as something positive.

I don’t think the same can be said of religion: even the worst aspects, like suicide bombings, homophobia, or misogyny, exist without religion and would continue if it were gone. The Tamil Tigers, a secular nationalist group in Sri Lanka, pioneered the modern suicide attack. And does anyone else remember when the Black Atheists of Atlanta said on their show that they were “against homosexuality from a scientific viewpoint because it violates the ‘Law of Reproduction?'” And if anyone doubts that misogyny would exist without religion, they only really need to look at the modern gaming community or spend 15 minutes on Xbox LIVE to be proven wrong.

So who could possibly think that religion is worse than rape?

Sam Harris and many members of the atheism subforum on Reddit, apparently.

The post surfaced this morning (h/t to my brother Alex for drawing it to my attention). It was titled “Sam Harris-controversial but right” and linked to a pretty bad photo with the text of the following quote:

If I could wave a magic wand and get rid of either rape or religion, I would not hesitate to get rid of religion. I think more people are dying as a result of our religious myths than as a result of any other ideology. I would not say that all human conflict is born of religion or religious differences, but for the human community to be fractured on the basis of religious doctrines that are fundamentally incompatible, in an age when nuclear weapons are proliferating, is a terrifying scenario. I think we do the world a disservice when we suggest that religions are generally benign and not fundamentally divisive.

Now I actually really like Sam Harris. He seems to me to be actually trying to grapple with substantive and serious issues beyond whether or not god exists, but every so often he goes out and says something like this. Part of me dies every time.

Guys, he wouldn’t even hesitate to get rid of religion over rape, that’s how obvious it is that religion is the worse affront to human dignity and well-being. At least in Harris’s future world, rape victims can find comfort in the fact that among the continuing wars, tribalism, and violence that remain, their rapists were decent enough not to believe in some silly superstition.

Update: I was just scrolling through the thread again and saw I think my favorite comment of the lot:

You know, if I, as an antitheist, had a magic wand that could eliminate either religion or rape from the world, I would go “Holy fuck! A magic wand! I am going to have to re-evaluate my worldview to include the supernatural. This raises so many philosophical questions.”

Then I’d eliminate rape and start the Church of the Magic Anti-Rape Wand. 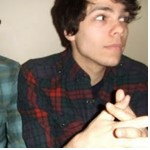 Vlad Chituc is a lab manager and research assistant in a social neuroscience lab at Duke University. As an undergraduate at Yale, he was the president of the campus branch of the Secular Student Alliance, where he tried to be smarter about religion and drink PBR, only occasionally at the same time. He cares about morality and thinks philosophy is important. He is also someone that you can follow on twitter.

November 18, 2012 What's the point of knowledge?
Recent Comments
0 | Leave a Comment
Browse Our Archives
get the latest from
Nonreligious
Sign up for our newsletter
POPULAR AT PATHEOS Nonreligious
1