4 Things Bill Nye Should Have Said to Ken Ham

The following is a guest post written by Mike Lehmann of jesusanddawkins.com. Mike and I chatted at the launch of our blog, and he wanted to share his view of creationism from a Christian perspective.

Last February, Bill Nye the Science Guy debated young-earth creationist Ken Ham. Unfortunately, the debate was a missed opportunity for science education. While I’m glad that Nye chose to debate Ham, partly since it made possible creative references like “Ham on Nye,” the Science Guy’s approach disappointed me.

Ham’s underlying assumptions prevented him, as well as other young-earth creationists, from taking Bill Nye’s science seriously. While it’s understandable that Nye addressed so much science, science isn’t the real reason most people doubt evolution. Here’s what Nye should have said:

1. Young-earth creationism is, uh, young.
Peter Harrison, among others, has shown that the Church Fathers celebrated allegorical interpretations of scripture, and it wasn’t until the Protestant Reformation that such views were marginalized. Ham’s ignorant hermeneutic evolved from James Ussher’s dating of creation in the 17th century, Ellen White’s expansion of the flood narrative in the 19th century, and Henry Morris’s The Genesis Flood in 1961. Christian orthodoxy does not require believing in a young earth. Far from it.

2. Young-earth creationism is incredibly arbitrary.
As my friend Grant Eckhart has said, space shuttles are a problem for Ken Ham. Why? Because they penetrate the firmament/sky, described as a hard dome in Genesis 1:6-8. If Ham doesn’t consider this absurdity a problem, how does he explain his selective literalism? Likewise, Ham accepts heliocentrism, but how can he consistently do so? He doesn’t apply his own hermeneutic consistently.

3. Do any non-Christians believe that the earth is young?
Young-earth creationism isn’t a scientific conclusion that people discover and then accept. Rather, they accept it—based on a misguided interpretation of Genesis—and then defend it with apologetics. Consider Kurt Wise’s words in The God Delusion:

. . . [I]f all the evidence in the universe turns against creationism, I would be the first to admit it, but I would still be a creationist because that is what the Word of God seems to indicate. Here I must stand.

This debate isn’t really about science: It’s about theological convictions which rule out conflicting scientific theories from the get-go.

4. Embracing evolution does NOT require embracing atheism; atheists who teach the opposite are being counterproductive.
Nye should have talked more about prominent atheists, like Michael Ruse, and prominent Christians, like Ken Miller, who think God and evolution can coexist. While some atheists might claim that evolution necessarily entails atheism, that’s a philosophical claim and not a scientific conclusion. Ironically, it plays into the young-earth creationist narrative: Denying evolution, they argue, is fundamentally a moral imperative, since evolution makes God superfluous and invites moral chaos.

I’m thrilled that Nye engaged Ham. As a recent Gallup poll showed, too many Americans deny evolution. We should recognize that the issue here is bigger than the science, and I hope that future debates can address underlying theological roadblocks, as well. 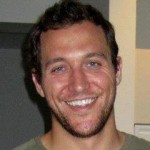 Mike edits jesusanddawkins.com, which explores the intersection of atheism, Christianity, and pop culture. He graduated from Yale University and Duke Divinity School. 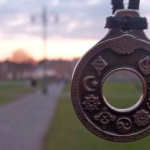 September 5, 2014 Who are our potential religious allies?
Recent Comments
0 | Leave a Comment
"what an abuse of American history followed by an abuse of the argument."
scottmonter Islamaphobia, Sam Harris, and the prevalence ..."
"We're neither carnivores, omnivores or herbivores. We're distinctly frugivores. http://i.imgur.com/sxTjwcU.jpg"
pom Why atheists should be vegans
"The evolutionary argument that we are omnivores also makes me twitch and I have to ..."
pom Why atheists should be vegans
"I didn't equate slavery and animal consumption. I gave abolitionists/slavery as an obvious counterexample to ..."
Ami Why atheists should be vegans
Browse Our Archives
get the latest from
Nonreligious
Sign up for our newsletter
POPULAR AT PATHEOS Nonreligious
1