In part because I don’t need more than my day job pays me, in part because I couldn’t figure out how to fairly divvy cash between our writers, and in part because it fits with the name and theme of our blog, I’d like to announce that NonProphet Status is going to be donating all of our ad revenue to charity.

I wanted our donations to go to charities like GiveDirectly or the Against Malaria Foundation, because I have some effective altruism leanings and I wanted our donation to have the biggest impact on the people who need it most. I felt like that’s a missed opportunity, though, to include the broader NPS community in a bigger conversation about what our goals towards charity should be, how much we should give, and what kinds of charities we should focus on. So we’ll be handling our donations in two parts.

First, we’re going to create an open forum to discuss which charities to donate to. This is the chance to make the case for a charity you love, either in the comments section or as a guest post.[1. Send emails about this and other pitches to npstatus@gmail.com.] Then, every month, we’ll select four of the charities to donate our ad revenue to.[2. We want to retain some ultimate control over where our ad revenue goes, but we’re committed to taking community suggestions and support seriously.]

Second, we’ll allow the community to help decide how the funds are allocated between the charities we select. I got the inspiration for this from my favorite coffee shop in New Haven, Blue State Coffee, which partnered with local charities and donates 2% of their revenue, raising $440,000 with the other half-dozen branches for about 175 charities. How those funds were allocated, though, was determined by the customers. Each customer could place a wooden token in one of four glass containers, one for each of the four local charities, determining democratically the proportion of the donations each charity received.

We’ll be doing something similar, but instead of glass jars with tokens, we’ll be using comments with votes. We’ll post a description of the four charities along with their names in the comments and distribute the funds in proportion to the number of votes each charity receives.

If current trends hold, our donations will be pretty modest, but it’ll do more good than the PBR I would’ve otherwise spent that money on. We’re tossing around other ideas to raise money for these charities, but we’ll open that discussion up later. We think this is a great opportunity to open up the community to discussions about charitable giving, and we’ll be starting by asking your input for charities below. Let us know what charities you’re passionate about, and let’s open it up to discussion! 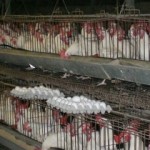 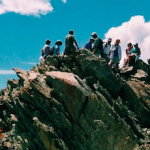 September 10, 2014 On feeling judged
Recent Comments
0 | Leave a Comment
"what an abuse of American history followed by an abuse of the argument."
scottmonter Islamaphobia, Sam Harris, and the prevalence ..."
"We're neither carnivores, omnivores or herbivores. We're distinctly frugivores. http://i.imgur.com/sxTjwcU.jpg"
pom Why atheists should be vegans
"The evolutionary argument that we are omnivores also makes me twitch and I have to ..."
pom Why atheists should be vegans
"I didn't equate slavery and animal consumption. I gave abolitionists/slavery as an obvious counterexample to ..."
Ami Why atheists should be vegans
Browse Our Archives
get the latest from
Nonreligious
Sign up for our newsletter
POPULAR AT PATHEOS Nonreligious
1

Nonreligious
5 Ways to Avoid Being a Jerk in...
NonProphet Status