Patheos Explore the world's faith through different perspectives on religion and spirituality! Patheos has the views of the prevalent religions and spiritualities of the world.
At best, the debate regarding Hirsi Ali speaking at Yale is fundamentally a debate about what kind of speech is appropriate for a college campus, and potentially about what constitutes hate-speech.  These are discussions that should be had, but I’ve noticed but these aren’t the debates we’re having. On this blog and elsewhere, notably in these posts by JT Eberhard and the open letter by Muhammad Syed posted by Hemant Mehta, the issue is painted as an issue of freedom of speech, of censorship, or of good and decent humanists being corrupted by PC culture to become religious apologists.

Some people think any type of speech should be allowed on a college campus. Other people, including myself, and presumably the students in the 35 student groups who signed the MSA letter,[1. Which included the Women’s Center, the Black Church at Yale, the Hindu Student Council, the Black Student Alliance, and the Jews and Muslims at Yale] think that as well as an academic institution, for four years, universities are our homes, and that people have the right to not feel persecuted in their own homes. At the very least, this is something that we may and do value higher than speakers being given a platform on our campuses to talk about whatever they would like. The right to a stage at a university isn’t included in anyone’s right to freedom of speech, a right guaranteed by the First Amendment, which, ironically, Hirsi Ali has argued shouldn’t apply to Muslims.

This is not a matter of free speech, and of course, this is a complicated issue (what exactly constitutes feeling persecuted? How marginalized does a group need to be, etc), and nobody thinks criticism shouldn’t be allowed. Nobody that I know who signed that letter thinks criticism shouldn’t be allowed. What everyone who signed that letter (presumably) thought is that Hirsi Ali had a history of borderline if not actual hate-speech against Muslims,[2. Is it any surprise that Muslims student groups feel threatened after comments like this? “There is infiltration of Islam in the schools and universities of the West. You stop that. You stop the symbol burning and the effigy burning, and you look them in the eye and flex your muscles and you say, ‘This is a warning. We won’t accept this anymore.’ There comes a moment when you crush your enemy.”] and that it contributes nothing extra to any academic discussions about Islam and extremism at Yale. The letter explicitly states that she is welcome to discuss her own life experiences, ranging from genital mutilation to any other horrors she faced. All that was really asked to not be included was what the students considered to be hate-speech.

At best, all you can really criticize anyone who signed that letter for is wanting every student at Yale to feel welcome and safe, even the religious ones, and at worst, for disagreeing about how to handle speech directed to marginalized groups on college campuses. 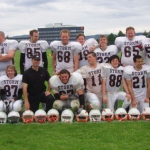 September 18, 2014 We should be vegans in private and public
Recent Comments
0 | Leave a Comment
Browse Our Archives
Follow Us!