Building a Christian home inside atheism

After realizing that I was an atheist a few years ago, I had to do a lot of very intentional and difficult work to separate myself from my evangelical megachurch upbringing. I felt so angry, hurt, and betrayed by my religion that I immediately rejected anyone who tried to remind me of the better parts of it. It felt more righteous being a bitter atheist than a recovering and broken ex-Christian.

I never fault fellow ex-believers for having wholly negative opinions of the faith they were raised in, but we don’t all have to feel that way. It was hard to admit, but slowly I began to realize that there were aspects to Christianity I still appreciated, and I actually even started to miss them.

I remember a weekly bible study that I had through high school and the fellowship that I felt there. We grew up together and entered adulthood as a team. Nothing about the Christian foundation it was built on can cheapen the value that this experience brought to my life. That community of fellowship and unconditional support quite literally kept me alive during some of my darkest times.

The friends I made there are still some of my closest, despite the differences in our beliefs. Learning how to unconditionally care for others and ourselves is truly the most amazing value that Christianity taught each of us.

I’d also found myself missing the ritual and sacredness of Sunday morning traditions. The worship music that became second nature to me, our goofy barefoot youth pastor, the way my friends and I would let each other cry silently on our shoulders when we knew we’d need it most, kids I cared for in the church nursery excitedly sharing with me what they learned that day – these little intangible moments made me feel at home.

Our church holds about 3,000 people, and every Sunday was like an enormous family reunion. For a long time it felt like I was mourning the loss of that community. While I am still extremely close to some of those friends, it’ll never be my family again. The worship music stirs something inside me when I hear it, but it’s not the driving force in my life like it used to be; now it’s a mix of nostalgia for what it used to mean, and discomfort at the memory of how I would hold on to something so tightly that I feel to be completely untrue now.

I wanted a home in atheism like I had in Christianity, and it just didn’t exist. I’d found a great community for when I needed to be angry at religion, and those people were incredibly important to me, but I stopped being angry pretty quickly. I wanted something more than that—I felt a desire for fellowship, for unconditional support, for sacred Sunday mornings, for moving music and sermons, and for showing care to suffering friends through prayer and meals and service.

Rejecting belief in god didn’t seem like enough for other atheists; to them, I also had to reject faith and the memories, people, and personal values rooted in that faith. If atheists are supposed to believe that everything religious—fellowship, community, unconditional support from leaders who cared for you—is rooted in delusion (some even go so far as to call it mental illness), we should want nothing to do with it, right?

Two years ago, and with the help of Geoffrey Golia, a fellow volunteer at the Center For Inquiry New York City, I founded Beyond Faith, an ex-Christian support group for young people who had similar ideas about their religious upbringings: that it was meaningful, sometimes traumatizing, incredibly difficult to leave, but also at times beautiful.

We connect and provide support for each other over our experiences as Christians, our tumultuous journeys out of it, and now making our way through the world as atheists, humanists, agnostics, or just unsure. We’re able to validate each other’s feelings about incredibly emotional experiences that are steeped in our previously-religious selves—moving worship music, retreats, baptisms, answered prayers, or speaking in tongues.

I’m grateful that I was able to create this community, and I would encourage others to create one too if it’s something they need. It validated what I felt—that it’s okay to be an atheist who still has a soft spot for their religious past self, and that I can chase some of those Christian traditions and experiences in a secular way that’s meaningful and positive.

Some people use disparaging terms to describe atheists like me—be it faitheist, religious apologist, a believer in belief, or whatever else—but I’m a nonbeliever who feels incredibly grateful for, and moved by, some of the amazing ways religion has connected people to each other in a sad, dark world.

September 18, 2014
We should be vegans in private and public
Next Post 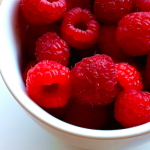