Reza Aslan responds to Bill Maher: Genital mutilation is not an Islamic problem

On the September 29th edition of CNN Tonight, Reza Aslan provides a measured and patient reply to a recent segment that aired on Bill Maher’s show this past Friday. A Muslim scholar of religions with four degrees—a B.A in religion from Santa Clara University, a Master of Theological Studies degree from Harvard Divinity School, a Masters of Fine Arts from the University of Iowa’s Writers Workshop, and a PhD in Sociology from University of California Santa Barbara—Aslan is an Associate Professor at UC Riverside, probably most famous for this segment on Fox News:

In this clip, Maher broadly condemned the Muslim world, criticized Obama for insisting ISIS is not Islamic, and suggested that the Yale Atheists, Humanists, and Agnostics sided “with people who hold women down and violate them” which they defended  “in the name of multiculturalism,” even though the letter they signed was cosigned by more than 30 organizations which included the Yale Women’s Center, specifically expressed a wish that Hirsi Ali discuss her personal experiences, condemned the genital mutilation she underwent, and didn’t use the phrase “multiculturalism” once. We were understandably unhappy with Maher’s portrayal.

Aslan had this to say in response, and if I could quote this entire segment, I would:

Well, I like Bill Maher. I have been on his show a bunch of times. He’s a comedian.

But, you know, frankly, when it comes to the topic of religion, he’s not very sophisticated in the way that he thinks. I mean, the argument about the female genital mutilation being an Islamic problem is a perfect example of that. It’s not an Islamic problem.

Aslan goes on to point out that “Muslim countries” like Indonesia, Malaysia, Bangladesh, and Turkey are as free and open a society for women as the United States is. He goes on:

Mirroring an argument made on our blog yesterday, Aslan calls this what it is, bigotry:

We’re not talking about women in the Muslim world. We’re using two or three examples to justify a generalization. That’s actually the definition of bigotry. . .

Islam doesn’t promote violence or peace. Islam is just a religion, and like every religion in the world, it depends on what you bring to it. If you’re a violent person, your Islam, your Judaism, your Christianity, your Hinduism is going to be violent. There are Buddhist — marauding Buddhist monks in Myanmar slaughtering women and children. Does Buddhism promote violence? Of course not. People are violent or peaceful. And that depends on their politics, their social world, the way that they see their communities, the way they see themselves.

You can watch the full video below. 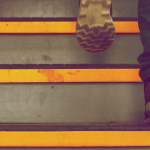 September 30, 2014
Prejudice doesn't look beyond anecdotes, but we should
Next Post 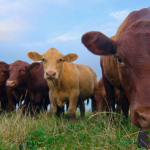 October 2, 2014 The problems with "ethical" meat
Recent Comments
0 | Leave a Comment
"what an abuse of American history followed by an abuse of the argument."
scottmonter Islamaphobia, Sam Harris, and the prevalence ..."
"We're neither carnivores, omnivores or herbivores. We're distinctly frugivores. http://i.imgur.com/sxTjwcU.jpg"
pom Why atheists should be vegans
"The evolutionary argument that we are omnivores also makes me twitch and I have to ..."
pom Why atheists should be vegans
"I didn't equate slavery and animal consumption. I gave abolitionists/slavery as an obvious counterexample to ..."
Ami Why atheists should be vegans
Browse Our Archives
get the latest from
Nonreligious
Sign up for our newsletter
POPULAR AT PATHEOS Nonreligious
1

The Ongoing Catholic Scandal: What the...
Roll to Disbelieve
Related posts from NonProphet Status