The problems with “ethical” meat

Patheos Explore the world's faith through different perspectives on religion and spirituality! Patheos has the views of the prevalent religions and spiritualities of the world.
A common response to my post about why atheists should be vegans is that it’s okay to eat ethically-raised meat. Shouldn’t we pursue those, the argument goes, instead of completely abstaining from animal products? I find these arguments somewhat compelling—after all, if people with ethical concerns left the meat market, that would leave the meat market driven by people with no ethical concerns for how their meat is treated. But I’ve become convinced for a number of reasons that it’s better on the whole to completely abstain from animal products. I came across an article on The Daily Beast, though, that I thought was interesting. It briefly profiles Dan Honig, a former vegetarian with a Masters degree in bioethics who started a high-quality and purportedly ethical meat supplying company. The Daily Beast reports:

To get a Bioethics Master’s Degree at NYU, students must complete an internship. Even though [Honig’s] undergraduate studies had led him to be a vegetarian, he decided to intern with a small pork producer. He was curious to see firsthand what an alternative food system looked like. In the interview for the internship, it was when Honig mentioned that he was a vegetarian that the pork producer became interested in hiring him. […] Indeed, it was his experience working with smaller farms and meat processors that made Honig believe that there can be ethical way to eat meat. That was when he adopted his current practice of eating meat, albeit only occasionally and only when he knows where the meat came from.

It’s worth noting at the outset that I would be much happier if everyone viewed eating meat this way, the world would be a much better place. But I think there are a lot of reasons this view is mistaken, and why even views like this shouldn’t be taken as a victory for meat-eaters.

1. Even if there can be ethical meat, it’s extremely rare. Almost all animals we farm and consume come from modern factory farms, and no one with even passing knowledge of factory farming practices could seriously maintain that they resemble ethical treatment for any sentient creature. Honig tells The Daily Beast, “It’s a system of mass torture. It’s bad for the animals and it’s bad for us.” According to the ASPCA, 99% of farm animals in the U.S. are raised on factory farms.

2. From any ethical system, raising animals to kill them seems morally off. Though Honig distances himself from Utilitarianism and instead endorses a duty-based ethical system, unnecessarily ending a life you have a duty toward doesn’t seem morally compatible. It’s not obvious what kind of relationship could possibly include “duty not to harm” but not “duty not to kill.” There’s a local goat farm about thirty minutes from where I live, and they pride themselves in how well they treat their goats. I was delighted that this farm existed, because it seemed like the type of place that would make animal products morally worth eating. I discovered, though, that they kill their goats, who otherwise have lived to be well into their teens, once they’re only two years old. It’s better to treat these goats well for two years than to treat them poorly for two years, but it’s still very hard to see how it can be moral to end their lives so soon if you feel like you have a duty to their wellbeing.

3. Raising animals well ignores the other problems with raising animals for consumption Even if animals raised for food are raised and killed morally (if the latter is even possible), this still ignores the host of other issues involved in eating meat. Beef per pound has an extremely unsustainable carbon footprint and uses an inordinate amount of water. No ethical meat will be good for the environment.

“We’re pretty expensive,” [Honig] says. “Our customers can demand $50 for an entree.” While he donates 1 percent of his company’s revenue in the form of beef, he thinks the solution to the problem that ethical meat is restricted to the rich will have to come in the form of social innovations.

It seems much easier, and much more ethical, though, for this social innovation to include drifting away from animal-based diets. Any solution, such as subsidizing ethical meat, could be more effective and better for the environment through subsidizing vegan goods.

5. We still don’t need to eat meat. Once we’re in the position where we no longer need animal products to survive (which I take it includes the vast majority, if not all, of anyone who is reading this blog—eating disorders, specific dietary needs, and economic restrictions aside), it becomes harder to justify this luxury. No matter how painlessly or ethically it seems you could kill an animal, it’s still the case that you’re ending a life when you don’t need to for no reason better than that you want your meal to taste a bit better.

October 1, 2014
Reza Aslan responds to Bill Maher: Genital mutilation is not an Islamic problem
Next Post 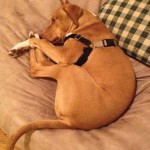 October 2, 2014 Thursdog: Kangaroos, peanut-butter, and workplace productivity
Recent Comments
0 | Leave a Comment
"what an abuse of American history followed by an abuse of the argument."
scottmonter Islamaphobia, Sam Harris, and the prevalence ..."
"We're neither carnivores, omnivores or herbivores. We're distinctly frugivores. http://i.imgur.com/sxTjwcU.jpg"
pom Why atheists should be vegans
"The evolutionary argument that we are omnivores also makes me twitch and I have to ..."
pom Why atheists should be vegans
"I didn't equate slavery and animal consumption. I gave abolitionists/slavery as an obvious counterexample to ..."
Ami Why atheists should be vegans
Browse Our Archives
get the latest from
Nonreligious
Sign up for our newsletter
POPULAR AT PATHEOS Nonreligious
1

Beach Reach: What It's Really About
Roll to Disbelieve
Related posts from NonProphet Status