Islamophobia, Sam Harris, and the prevalence of Islamic Extremism

What if we found out that the half that supported slavery was almost entirely in the bottom half of the nation, and the half that disapproves of slavery is almost entirely the top half? And let’s suppose that the top half’s economy is industrial while the bottom half’s is agricultural and largely dependent upon slave labor. If we wanted to know what caused Americans to support slavery, how helpful would it be to read the Bible, looking at specific verses, even those that support slavery?

Now, let’s assume that we have a nation that has been at war with the United States for the better part of the last two decades. Let’s assume the United States has been routinely bombing another with drone strikes. Let’s assume that a civil war has erupted in another, and another had a democratically elected leader deposed by the British and American governments in the 70’s in order to install a leader with a more West-friendly oil policy. And let’s assume that, now, a lot of people living in and around these almost exclusively developing countries are more likely to be extremists, particularly calling for violence against Western nations.

How much sense would it make to say the cause of this extremism is the religion that overlaps these countries, when this religion is practiced all over the globe without these effects?

As Sam Harris makes clear on Maher’s show, this is about facts. It’s about statistics. He says:­

Just imagine you have some concentric circles. You have at the center, you have jihadists, these are people who wake up wanting to kill apostates, wanting to die trying. They believe in paradise, they believe in martyrdom. Outside of them, we have Islamists, these are people who are just as convinced of martyrdom and paradise and wanting to foist their religion on the rest of humanity but they want to work within the system. They’re not going to blow themselves up on a bus. They want to change governments, they want to use democracy against itself. Those two circles arguably are 20% of the Muslim world.

To indict Christianity, you need to do more than point out that half of the U.S. Christian population supported slavery.

“We have been sold this meme of Islamophobia,” Harris said, “where criticism of the religion gets conflated with bigotry towards Muslims as people. It’s intellectually ridiculous.” But to say something like “20% of Muslims are extremists, so Islam is to blame” is not just abstractly criticizing a religion. It’s the logic of bigotry, the same kind that attributes urban crime to skin color. With no other group of believers do we take a fraction of extremists to reflect on the entire religion.

Imagine the full implication of what Sam Harris means when he says to a visibly upset Ben Affleck, “Let me just give you what you want. There are hundreds of millions of Muslims who are nominal Muslims, who don’t take the faith seriously, who don’t want to kill apostates, who are horrified by ISIS.”

BILL MAHER: One reason [voices opposed to jihad] don’t get exposed is because they’re afraid to speak out because [Islam is] the only religion that acts like the mafia that will fucking kill you if you say the wrong thing, draw the wrong picture or write the wrong book. There’s a reason why Ayaan Hirsi Ali needs bodyguards 24/7… 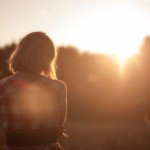 October 7, 2014
Humanist Caregiving: Do We Need Chaplains or Counselors?
Next Post 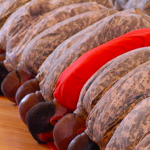 October 8, 2014 Islam isn't a race, and so what?
Recent Comments
0 | Leave a Comment
Browse Our Archives
get the latest from
Nonreligious
Sign up for our newsletter
POPULAR AT PATHEOS Nonreligious
1