Islam isn’t a race, and so what?

Patheos Explore the world's faith through different perspectives on religion and spirituality! Patheos has the views of the prevalent religions and spiritualities of the world.
“It’s gross, it’s racist, it’s nasty.” This is how Ben Affleck recently described Bill Maher and Sam Harris’s attitudes toward Islam on last weekend’s Real Time with Bill Maher.

We’ve argued a few times before that certain views on Islam can be bigoted, and in fact resemble many other forms of bigotry. What seems most controversial, though, is the suggestion that islamophobic views might be racist. When Richard Dawkins was accused of racism last year after the following comment on twitter…

All the world's Muslims have fewer Nobel Prizes than Trinity College, Cambridge. They did great things in the Middle Ages, though.

…he pretty predictably defended himself by saying, in effect, “Islam is not a race, so I’m not racist,” even going so far as to suggest people criticizing him for racism were the real racists. I think thought like this about the intersection of Islam, islamophobia, and race are muddled, and it’s a muddle that too many discussions find themselves in. I’d like to make a few points:

Not a single criticism of islamophobic comments has started with the words, “As we all understand, Islam is a race, therefore…” The idea that anyone thinks Islam is a race is a complete red-herring. Mast Qalander at Muslim Reverie makes this point quite well in a piece very much worth reading:

I wonder how Islamophobes expect Muslims to react after they make this pathetic argument.  Are we supposed to look surprised and realize, “Oh my God, Islam is not a race?  Really?  You mean I’ve been practicing Islam this whole time and didn’t know it was a religion?”  Yes, thank you, Captain Obvious, we know full well that Islam is not a race.  We know Islam, like any religion, is open to people of all racial backgrounds, including to those who are white (*gasp*).

2. Criticism of things that aren’t a race can be racist.

I think the underlying premise in arguments like this seems to be that only criticism of a race, full stop, can make your criticism racist. There are plenty of comments you can make about plenty of things that aren’t races, though, and these comments can still be racist.

3. What matters is the impact of your comments.

There was a recent article I liked in The Daily Beast about why bigotry persists. Stephen Eric Bronner, a professor of Political Science at Rutgers University, writes:

Either the bigot or the conservative can insist that his efforts to shrink the welfare state are motivated solely by a concern with maximizing individual responsibility; either can claim that his opposition to gay rights is simply a defense of traditional values; and either can argue that increasing the barriers to voting is required to guarantee fair elections. Whatever they subjectively believe, however, their agenda objectively disadvantages gays, immigrants, women, and people of color.

Similarly, Maher, Harris, and Dawkins may subjectively believe they aren’t racist (and I don’t doubt that this is how they feel), but so long as their comments objectively disadvantage the victims of the racialized specter of Islam that views like theirs prop up, then their comments are indeed bigoted and racist.

4. These comments really are harmful to racial minorities.

My good friend and NPS contributor, Stephen Goeman, wrote about this issue several years ago, and it’s worth reading closely if you have time. The fact of the matter is that people really are attacked and sometimes killed because they look like they’re Muslims. Muslims really are treated poorly based on how others view their religion. Stephen writes:

The case of Cameron Mohammed is notable for being perhaps the most explicit example of how race is what moves Islamophobes to hate. Mohammed’s assailant explicitly asked him if he was in fact Muslim or from the Middle East and when he answered negatively (Mohammed was born in the Caribbean and raised in Florida), this did not stop the attack. Nor did it stop the racial slurs which accompanied the violence. The assailant’s remarks to the police after the incident also betray the real motive: “When deputies told him his victim wasn’t Muslim, he told them he didn’t care, that ‘they’re all the same,’ Schoneman told reporters.” “They,” brown people, are all the same.

Let me just give you what you want. There are hundreds of millions of Muslims who are nominal Muslims, who don’t take the faith seriously, who don’t want to kill apostates, who are horrified by ISIS.

How should we expect a comment like this to impact a Muslim who does take their faith seriously, but, like a great many Muslims, is horrified by ISIS and doesn’t want to kill apostates? Comments like this help to sustain a world where any earnest Muslim is viewed with suspicion, since taking their faith seriously involves cheering on ISIS or wishing for the deaths of apostates and infidels. That opens the door to further distrust and violence against Muslims and people who look like them, and if that’s not racist and bigoted, then I don’t know what is.

October 7, 2014
Islamophobia, Sam Harris, and the prevalence of Islamic Extremism
Next Post

October 8, 2014 The limits of accomodation
Recent Comments
0 | Leave a Comment
Browse Our Archives
get the latest from
Nonreligious
Sign up for our newsletter
POPULAR AT PATHEOS Nonreligious
1 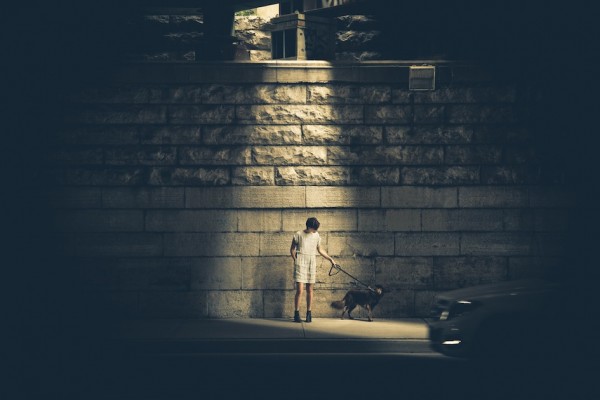