Why is it so hard for critics to read Reza Aslan charitably?

When Reza Aslan appeared on CNN in response to a factually-loose segment of HBO’s Real Time with Bill Maher,[1. Maher accused the Yale Atheists, Humanists and Agnostics of defending Muslims who commit genital mutilation (in the name of multiculturalism, no less) because the student group signed a letter critical of an invitation to have Ayaan Hirsi Ali give a lecture, even though the letter they signed outright condemned the horrific treatment Hirsi Ali experienced, never used the term “multiculturalism” or even referenced the topic, and didn’t even ask that Hirsi Ali not speak.] Aslan started a surge of controversy that continued through a series of editorials and responses that has lasted weeks. Since a hectic 10 days of work left me with no time to follow the issues closely, I’ve spent the last few days catching up on what I missed.

Apparently what I’ve missed is a lot of people failing to read or respond to Reza Aslan charitably.

The hashtag campaign #AnApostatesExperience initially drew my attention because it seemed like a welcome attempt to elevate the experience of ex-Muslims in conversations about Islam. Instead, the campaign seems to have started as a response to this tweet by Aslan:

To quote fellow Patheos blogger Dan Arel, #AnApostatesExperience was meant to show “what real threatening and venomous attacks look like,” as if that erased the threats that Aslan received. It’s hard for me to see how this is any different than “Dear Muslima,” except this time it’s a Muslim as the target.

To the uninitiated,[2. You can read a more thorough summary here.] “Dear Muslima” was a satirical letter written by Richard Dawkins in response to a blog post discussing the casual sexual harassment atheist women regularly face at atheist conferences. This letter was addressed to a fictional Muslim woman living a restricted and oppressed life of genital mutilation and domestic violence under what seems to be a rigid fundamentalist sect of Islam, the implication being that Western women don’t have it bad so they shouldn’t complain. Fortunately, many readers recognized that “others have it worse” isn’t a proper response to “this bad thing is happening,” and Dawkins was roundly criticized.

It seems a shame, then, that so many apply “Dear Muslima’s” faulty logic to Aslan. He never suggested that his experiences are worse than the experiences of any ex-Muslims, so what do they have to do with the threats he’s received? The struggle of ex-Muslims is an important issue to highlight, but not as a way of one-upping the victims of threats and harassment.

Aslan’s experiences aren’t unique. The most hostile and vitriolic comments I’ve gotten online were from other atheists, with the worst of the worst always coming in response to discussions about Islam. (I’ve only been told to kill myself a few times while blogging, and it only happens when Islam is involved.) Even more, Anita Sarkeesian, a feminist game critic, tweeted something almost identical to what Aslan tweeted and only three days later. I didn’t see any hashtags pop up in response to her.

I find it ironic that self-described “atheist” men are far more hateful and awful towards me online than conservative Christians are.

I also read a piece by Jeffrey Tayler at Salon (by way of Alternet), which stuck out to me as particularly eager to trash Aslan without fairly representing his views. Tayler responded to the following passage in a recent editorial by Aslan:

It is a fallacy to believe that people of faith derive their values primarily from their Scriptures. The opposite is true. People of faith insert their values into their scriptures, reading them through the lens of their own cultural, ethnic, nationalistic and even political perspectives. . . .  After all, scripture is meaningless without interpretation.  The abiding nature of scripture rests not so much in its truth claims as it does in its malleability, its ability to be molded and shaped into whatever form a worshiper requires. . . If you are a violent misogynist, you will find plenty in your scriptures to justify your beliefs. If you are a peaceful, democratic feminist, you will also find justification in the scriptures for your point of view.

This concept isn’t particularly outlandish, and we’ve written about it before—religious texts are static, while behavior and values seem to change drastically based on geography and culture and time. It seems likely that a genre of work notorious for hosting multiple interpretations is going to reflect, more than drive, values. Tayler seems to find this idea unbelievable, though, writing:

In a New York Times editorial, Aslan accused Maher and other nonbelievers of “exhibiti[ing] an inability to understand religion outside of its absolutist connotations.” Such folk, in his telling, unjustly “scour holy texts for bits of savagery and point to extreme examples of religious bigotry, of which there are too many, to generalize about the causes of oppression throughout the world.” They fail to grasp, in his view, that “religion is often far more a matter of identity than it is a matter of beliefs and practices.”

Yet Aslan accuses the benighted critics of religion of a far more grievous misapprehension: the assumption that words mean what they actually mean.

Now we have to stop and ponder what we are being sold here. Aslan is essentially taking a postmodernist, Derrida-esque scalpel to “scripture” and eviscerating it of objective content. This might pass muster in the college classroom these days, but what of all those ISIS warriors unschooled in French semiotic analysis who take their holy book’s admonition to do violence literally?

Once you put aside the derisive comments about critical theory and the condescending reminder that words do in fact have meaning, it’s hard to find Tayler’s objection. Nothing in Aslan’s editorial suggested anything radical or quite so postmodern, only that religious texts aren’t the primary source of values in believer’s lives; this should be obvious given, say, how radically the values of any given Christian has changed in the last decade, let alone century. How would Tayler explain, to take another example, the difference in values between a member of ISIS and the member of a mosque down the road from me who feeds the homeless every week? The Quran has the same objective content in Iraq as it does in North Carolina, so how could it possibly explain the difference?

To use a more familiar example, the objective content of the Bible can’t explain the different views of slavery held by Christians in the abolitionist North and Christians in the antebellum South, since it doesn’t change based on latitude lines. Whether the American economy was agrarian or industrial, thus reliant on slave labor or not, did change. Did American Christians primarily derive their differing values on slavery from competing economic realities or the static text of the Bible? We don’t need to do anything so spooky as invoke semiotics or deny that words have meaning to see the obvious answer.

Perhaps the most blatant instance of indifference towards Aslan’s actual words and views comes from a column in the New York Observer, where Nina Burleigh discussed an editorial coauthored by Aslan and Chris Stedman (disclosure: Chris Stedman founded this blog though is no longer a writer here). Burleigh writes:

The little essay outrageously attempted to equate savage Islamist attitudes toward women—sanctioned wife-beating, deprivation of basic rights including the right to divorce and drive cars and inherit wealth—with recent allegations in the atheist world that women have been harassed in elevators at atheist conferences.

They also try to argue that atheists and Muslims are equally “underrepresented.” Utterly ludicrous when more than a billion people identify as Muslims and entire nations—Egypt, Indonesia, Afghanistan, Iran and the Gulf monarchies—identify as Muslim.

It’s frankly not obvious to me that Burleigh and I read the same editorial, since she described none of it accurately (neither “equally” nor any words like it appeared in the piece). No one suggested that Muslims aren’t globally underrepresented, since Aslan and Stedman’s exact words specified an American context: “both communities are severely underrepresented in the general population – roughly 2% of Americans identify as atheists, compared to 1% for Muslims,” they wrote.

Even more, there is absolutely nothing in the piece to equate “savage Islamist attitudes” with anything at all in atheism. The relevant passage in Aslan and Stedman’s piece reads:

[We shouldn’t] only lift up the best in ourselves and others while whitewashing the real problems that exist in both of our communities. There is a great deal of work to do in the Muslim community concerning attitudes about and practices affecting LGBTQ people, ex-Muslims and women. At the same time, the atheist community continues to struggle with fraught debates over anti-theism, sexism and racism among atheists. But as we work to address these problems within our communities, we can also benefit from looking beyond our borders and learning from those outside.

I think the passage here is fairly unobjectionable and clear: we shouldn’t hide the problems in our communities but should instead address them candidly while looking to other groups for inspiration to improve ourselves. There is no language at all to equate the respective problems within each community to the problems of any other, and nothing of the sort is implied. Even more, the passage does exactly what Burleigh lambasts Aslan for not doing—expressing the need to address the illiberal strains of Islam. She writes:

When progressives like Mr. Aslan refuse to condemn what’s going on inside the mosques, they are as much a part of the problem as the men in the minarets, medieval termagants obsessed with maintaining power over sheeple’s minds and souls.

It is beyond my understanding how it’s possible to criticize someone for “refusing to condemn what’s going on inside the mosques” when they do just that in an editorial that you reference.[3. It is also beyond my understanding how someone can say “sheeple” unironically in 2014] A little more Googling would have made it even clearer that Aslan isn’t exactly shy about addressing the problems found in some Muslim communities. In The New York Times editorial discussed above, Aslan writes:

Bill Maher is right to condemn religious practices that violate fundamental human rights. Religious communities must do more to counter extremist interpretations of their faith.

It’s enough to make me wonder if Burleigh has ever read anything Aslan has even written.

I understand that Reza Aslan holds controversial views, in part because I share many of them. What I don’t understand is why it seems so difficult for critics to actually engage with those views fairly and honestly. 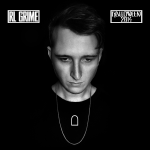