A few notes on #AnApostatesExperience

There has been some controversy on my post yesterday about unfair responses to Reza Aslan. Though most of the responses seemed more or less to say “how can Reza Aslan complain about not being read fairly,” as if it’s okay to misread and respond unfairly to others if you think they do the same.

Some responses I’ve taken more seriously though. There has been a bit of backlash about how I characterized the Ex-Muslims of North America’s hashtag campaign, #AnApostatesExperience.

Let me start by saying that the regularly-harrowing experiences of Ex-Muslims is something that’s too-often erased and ignored. My complaints are in no way that Ex-Muslims are being open about their experiences, but instead how those experiences are being used as a way to attack and minimize the experience of Reza Aslan. I said in my post yesterday and I’ll say it again: were #AnApostatesExperience simply about raising awareness about what life is like as an apostate it would have had 100% of my support.

But here are the first tweets of the #AnApostatesExperience hashtag. This is what kicked it off:

@rezaaslan Did the mosque of atheism announce your apostasy publicly? – #AnApostatesExperience from Maryland

@rezaaslan Did your family tie you up and beat you for three days for thinking differently than them? – #AnApostatesExperience in Virginia

@rezaaslan Were you 'correctively' raped by a spouse you were forced to marry for being queer? – #AnApostatesExperience in Ontario.

These experiences are awful, harrowing, and that they happen should be discussed, and I’m glad that #AnApostatesExperience exposed these experiences. But I can’t read these tweets any other way than as saying “Reza Aslan, your threats aren’t real threats; here are real threats.” And that is not okay.

A few Ex-Muslims on twitter have disagreed with my characterization of how the hashtag started. Yet it’s how Dan Arel described it, and I’ve seen no one disagree with him. If I haven’t characterized the movement’s beginnings fairly, then I don’t think anyone has. The only posts I’ve read written by Ex-Muslims on the topic link to Arel’s post as a summary and don’t seem to disagree with his characterization. Here, Heina Dadabhoy—who I think is great and whose work I admire and support—described the hashtag as being “in response to Reza Aslan.”

The hashtag campaign may well have evolved from a troublesome beginning, and it seems as if it did successfully raise awareness for the experience of Ex-Muslims. Whatever legitimate grievances an Ex-Muslim may have with Aslan, however, “we have it worse” isn’t a fair response to threats and abuse that someone has received.

I regret spending barely more than 300 words out of a 1,700 word post on the topic, since it had the broadest implications out of what I discussed and had the biggest potential to alienate and hurt a marginalized community. Reflecting on the topic, I realize I could do more to help elevate the voices and experiences of Ex-Muslims and reach out to them directly, and I regret I haven’t done that more up to this point. I’m open to suggestions about how I can do this better from here on out.

November 4, 2014
Stephen King on God and complacency
Next Post 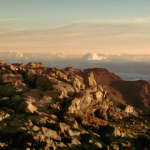 November 5, 2014 Disturbed Christian, devout Muslim?
Recent Comments
0 | Leave a Comment
Browse Our Archives
get the latest from
Nonreligious
Sign up for our newsletter
POPULAR AT PATHEOS Nonreligious
1