Dawkins’ take on sexual harassment is par for the course

Dawkins’ take on sexual harassment is par for the course November 20, 2014 Andreas Rekdal

In a recent interview published by Kimberly Winston on Religion News Service (RNS), Richard Dawkins stands by his insensitive remarks on sexual harassment, Downs syndrome, paedophilia, and rape. His only regret, according to Winston, is that people didn’t understand what he was trying to say.

Take sexism. Dawkins has been criticized by many, including fellow atheists, for trivializing Western women’s experiences of sexual harassment. According to Dawkins, his apparent insensitivity is really borne out of his deep commitment to feminism. And as a feminist, he believes we need to focus more on the threat of Islam to women everywhere:

I concentrate my attention on that menace and I confess I occasionally get a little impatient with American women who complain of being inappropriately touched by the water cooler or invited for coffee or something which I think is, by comparison, relatively trivial.

This statement casts doubt on the sincerity of Dawkins’ apology for his “Dear Muslima” letter earlier this year. Back then, Dawkins wrote of comparing abuses:

There should be no rivalry in victimhood, and I’m sorry I once said something similar to American women complaining of harassment, inviting them to contemplate the suffering of Muslim women by comparison.

Seeing Dawkins brush off “women who complain of being inappropriately touched by the water cooler or invited for coffee or something” makes it hard to take his claims of being “a passionate feminist” seriously. “Inappropriately touching” someone is a form of sexual assault, and does not belong in the same category of offenses as inviting someone for coffee. (Though when done in the wrong way, or for the wrong reasons—such as at a conference at 4 AM in an elevator after your target has given a talk about how creeped out she is being sexualized at conferences—that too can often be inappropriate.) It’s a serious issue that is taken far too lightly, and there is no reason to get impatient with women who raise it, even if women elsewhere are subject to other, more physically violent forms of abuse.

Everyone makes mistakes. In the case of a public figure like Dawkins, mistakes are likely to get more attention than ones made by us mere mortals. But whether you’re famous or not, the response to being called out on one should be the same. Own up to it, apologize, and try harder next time.

However, Dawkins didn’t misspeak and he wasn’t misunderstood. Dawkins said exactly what he meant, and he meant what his critics took him to mean.

When Dawkins argues that non-muslim Western women should not get hung up on sexual harassment because some Muslim women have it worse, then clarifies that what he really meant is that sexual harassment in America is trivial compared to the suffering of some Muslim women, it’s hard to see what the “misunderstanding” that makes him seem misogynistic consists of. Is it our failure to understand the correctness of his position?

Winston also cites some of Dawkins’ supporters for her article, including Todd Stiefel, who’s behind the Openly Secular campaign, and fellow Patheos blogger Hemant Mehta. To their credit, both distance themselves from his more controversial stances. But it’s worth noting that they give Dawkins far more benefit of the doubt than atheists ever give religious leaders.

Stiefel, for instance, says “It is wonderful that we [Atheists] have such a brilliant asset with a keen, logical mind and passion for integrity,” and suggests we “admire Richard for his strengths and forgive him his weakness.”

While I don’t see how men can be in the place to forgive Dawkins for harms he has committed towards women, Mehta is a little more critical:

What we’re seeing is a bad combination of a celebrity who speaks his mind about issues he’s not necessarily an expert on and a horde of well-intentioned people ready to vilify him instead of educate him.

He then notes that Dawkins needs to get better at assessing his audience.

To address the latter part of Mehta’s statement first, time has shown that Dawkins is highly resistant to efforts at education. Many have objected to his dismissal of women’s issues, but he does not appear to take them seriously.

Second, “a celebrity who speaks his mind about issues he’s not necessarily an expert on” is a pretty good description of Dawkins’ discussing anything but evolutionary biology. Ask any serious religion scholar, or philosopher for that matter, and they will gladly tell you so.

Moreover, the arrogance he displays when discussing women’s issues is a Dawkins feature, not a bug. It’s the same arrogance with which he handles religion and philosophies that differ from his own. And while I’m glad Mehta and Stiefel object to Dawkins’ take on women’s issues, I wish more atheist writers were willing to call him out on this general tendency.

Turns out, while Vlad and I were in the process of editing this piece, Josh Rosenhau, who is Programs and Policy Director for the National Center for Science Education, did just that in Chris Stedman’s RNS column. He writes:

Eight years ago, reviewing Dawkins’s The God Delusion, I argued that one of the book’s central flaws was that Dawkins “doesn’t quite seem interested in understanding the beliefs of people who aren’t Richard Dawkins.” What if that’s still the problem, just translated from religion to a wider range of social issues?

I agree. Dawkins’ failure as a spokesperson for the Atheist community has nothing to do with poor communication or misunderstandings. The problem is his message. It’s completely off the mark. 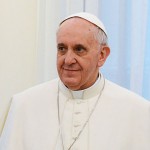 November 19, 2014
Pope Francis sells excess to help the poor, and maybe we should too
Next Post

November 21, 2014 If you treat feminism only as a weapon to attack Islam, then you are not a passionate feminist
Recent Comments
0 | Leave a Comment
Browse Our Archives
get the latest from
Nonreligious
Sign up for our newsletter
POPULAR AT PATHEOS Nonreligious
1