Back in November, Omar Sarwar, who is a doctoral candidate at Columbia University, wrote a piece for Huffington Post that thoroughly debunked some of Bill Maher and Sam Harris’ go-to talking points about Islam. After he showed up to engage our readers in discussion about his piece, we figured that Sarwar had a lot more to contribute to this conversation.

We asked him a few questions about himself, about his academic work, and about his views on the relationship between Muslims and atheists.

We’ll be publishing this interview in three parts.

If you were to boil it down to a paragraph or two, who are you, and what contemporary issues are most important to you?

I’m a doctoral candidate in Modern South Asian History at Columbia University and I’m primarily interested in the philosophy of religion, modern Islamic political thought, and the history of Islamist movements. Although I’m an historian by training, I’m fascinated by the current conversation in the United States about Islam, Muslims, the so-called war on terror, liberal reactions to violence in the name of religion, and so on.

I was born in New York City, and grew up in the United States, Bahrain, Japan, and Singapore. I wasn’t raised in a religious family, but as a child I was always drawn to the various expressions of spirituality in the places where I lived. So when I joined Columbia College as an undergraduate, I chose to major in Religion and Economics, the study of which has served me immensely in my current scholarly pursuits.

And what’s your religious background?

My family are Sunni Muslims of Barelvi heritage in Pakistan.

The role of political Islam in the 1971 Bangladesh Liberation War is underhistoricised. The Jama’at-i Islami, for a long time the most prominent Islamist organisation in Pakistan, was intimately involved in this conflict. My dissertation explores the tension between the pseudoequalitarian political theology of the Jama’at’s senior leadership and the militant zeal of the group’s student wing, whose paramilitary units helped the Pakistan Army against the Bengali nationalist guerrillas fighting for the liberation of East Pakistan.

To break that down a little, what do you mean when you say that the political theology of the Jama’at’s senior leadership was “pseudoequalitarian”?

The Jama’at leadership held illiberal views of religious minorities, such as the Ahmadi community in West Pakistan. So their particular theology of modernity wasn’t committed to full equality for all citizens.

Still, the founder of the Jama’at, Maulana Maududi, made an impassioned case for maintaining Pakistan’s territorial and ideological integrity based on the Islamic and ethical values of musawat (equality), insaf (justice), and azadi (emancipation or freedom). He and other Jama’at luminaries wanted to liberate East Pakistan from foreign cultural domination by resisting the British, Hindu, and communist influences in the region. And this led them to devise a blueprint not for militancy, but for the religious instruction, political integration, and economic advancement of the impoverished Bengali masses.

Beginning in the 1950s, the Jama’at leadership accused the overly Anglicised, Urdu-speaking government officials in East Pakistan of denigrating the Bengali language (and thus angering Bengali Muslims), the ‘ulama (Muslim scholars) of ignoring the imperative to incorporate Islam into the educational system in East Pakistan, and the West Pakistani government of failing to stop Indian capitalists from exploiting Bengali industry.

Maududi even went as far as suggesting that West Pakistani officials in East Pakistan should have embraced certain dimensions of Bengali culture. So the Jama’at were committed to equality for Pakistan’s citizenry, but one that was qualified or incomplete.

What puts that in tension with the student wing’s militant zeal?

The short answer is that militancy which involves war crimes and crimes against humanity can’t possibly be ideologically accommodated by the theology just described, whatever its defects. The Pakistan Army committed all kinds of atrocities against the Bengalis, and we have good reason to think that the Jama’at’s student wing was complicit in some of those crimes.

Yes. It’s also rather harrowing, but still timely and relevant, especially in the context of what we see happening in Bangladesh today. Several of the leaders of the Jama’at’s branch in Bangladesh who were once members of the student wing’s auxiliary squadrons have been put on trial and severely punished by the Bangladeshi government for their crimes.

You wrote an excellent piece for The Huffington Post a few weeks ago debunking some of Bill Maher and Sam Harris’ go-to talking points on Islam. How did that piece come about?

Thanks for the compliment! In recent months, social commentary on Islam in the mass media has been dominated by the leading lights of New Atheism, who have inspired some liberals with a repressed animus against Islam and Muslims to come out of the PC closet. For these people, Maher and Harris are heroes, voices of courage in a morass of apologia and deceit.

What frustrated me about their remarks in the October 3rd exchange with Ben Affleck and Nicholas Kristof on Real Time with Bill Maher was that the entire affair showed just how easy it still is to bash Islam and Muslims in our society. Most of Maher and Harris’ claims about the supposedly unique danger posed by Islam to the modern world are untenable, but many Americans following this debate are ill-equipped to counter any of them.

In fact, in a later episode of the show, Maher even managed to stump the illustrious Cornel West while discussing sympathy for ISIS among Tunisian youths. Similarly, Harris’ justification for the specious claim that 20% of Muslims are either jihadis or Islamists seemed to leave CNN anchor Fareed Zakaria nonplussed.

Worse yet, some defenders of New Atheism took to social media and the blogosphere to tell us that Maher and the New Atheist horsemen have only criticised ideas (not people), that they’re merely reporting unpleasant facts which liberal apologists for Islam don’t want to hear, and that they’re eminently qualified to begin a badly needed conversation. I wrote the piece on myth-busting because I wanted to challenge their fallacious arguments.

Do you think Harris and Maher’s Islamophobic views are particularly vile, or are they indicative of sentiments shared by the majority of American atheists?

The 2014 Pew Research Religion & Public Life Project looked at how Americans feel about religious groups. It found that, on a scale of 1 (most negative) to 100 (most positive), atheists gave Muslims a rating of 44 and agnostics gave them a rating of 47. These numbers may not seem reassuring, but they’re the highest ones recorded among all of the religious groups asked to rate Muslims.

Although I’m not an atheist myself, most of my colleagues and friends in New York City are agnostics or atheists on the left who have no animosity whatever toward Islam or Muslims. So I see no reason to think that Maher and Harris’ views are shared by the majority of American atheists. The New Atheist horsemen and their close allies (e.g. Maher, Jerry Coyne, Lawrence Krauss, etc.) are an especially shrill minority among atheists whose views on Islam are minimally rational but largely misguided.

I want to say more about Harris, though, because I think he might be seen as a liability to the atheist community insofar as his forays into theology, philosophy, and history have been unfruitful and sometimes troubling.

He is bright, articulate, and undoubtedly a fine scientist, but I bring no news in saying that he fundamentally misunderstands what religion is about in a deeply alienated modern world. Scholars like Talal Asad and Akeel Bilgrami have persuasively argued that it’s foolish to fixate on religious doctrines and commitments because these are primarily a vehicle for the expression of a cultural identity and the search for alternative forms of political community and solidarity.

No kidding. New Atheism’s fixation on specific passages of scripture without interpretive or social context is something many of us at NonProphet Status are frustrated with as well. Besides this, do you think Harris makes other errors in his analysis of religion in the modern world?

Yes. As I point out in the article, Harris falls into the trap of treating Muslims as peculiar characters who emerge seamlessly from their religious texts and narratives. Indeed, his methodological approach to the study of religion is flawed. My disciplinary training as an historian has taught me, I think correctly, that polls of the type Harris cites are informative and suggestive but not conclusive, especially in the absence of ethnography, detailed interviews, an assessment of primary sources, and so forth. One can’t rely, as Harris does, on one poll and one study to draw uncharitable conclusions about the character and identity of 300 million people (20% of the world’s Muslims). If anybody tried to do that in a thesis or dissertation at my university, they’d fail.

Harris gets quite a few other things wrong too. For instance, his case for a landscape of values grounded in science betrays a poor understanding both of religion and moral philosophy. Only science, he says, can answer life’s most difficult questions—questions about morality and purpose. But the claims he makes are decidedly philosophical.

He argues, for example, that values are a type of fact; that there are right and wrong answers to moral questions; that all value economies are reducible to a concern about conscious experience; that the well-being and flourishing of conscious beings underpin all moral values; that well-being is as objectively knowable as physical health or etiology; that moral values are objective and are just those values which conduce to flourishing; and that our experience of the world (including our well-being) is realised in the brain.

With the exception of the latter, these are all philosophical claims—a curious amalgam of utilitarianism and moral naturalism.

Check back on Monday for more on Harris and a discussion about the lack of diversity in the atheist movement. 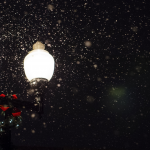 December 29, 2014 Interfaith literacy: Omar Sarwar on utilitarianism and atheism's "old white guy" image
Recent Comments
0 | Leave a Comment
"what an abuse of American history followed by an abuse of the argument."
scottmonter Islamaphobia, Sam Harris, and the prevalence ..."
"We're neither carnivores, omnivores or herbivores. We're distinctly frugivores. http://i.imgur.com/sxTjwcU.jpg"
pom Why atheists should be vegans
"The evolutionary argument that we are omnivores also makes me twitch and I have to ..."
pom Why atheists should be vegans
"I didn't equate slavery and animal consumption. I gave abolitionists/slavery as an obvious counterexample to ..."
Ami Why atheists should be vegans
Browse Our Archives
get the latest from
Nonreligious
Sign up for our newsletter
POPULAR AT PATHEOS Nonreligious
1