Courage Matters: Darwin Day as a Holiday for Brave Questions

The following is a guest post by Seráh Blain.

A century and a half ago, Charles Darwin published a book that blazed through the anthropocentric fog clouding our view of the universe. On the Origin of Species detailed his discovery of natural selection, and in doing so unraveled hazey superstitious tendrils lingering in modern minds from a time long past—a time when human beings had few sensible explanations for the baffling patterns they encountered in their daily lives.

The world must have been very strange to our early ancestors. Natural phenomena—things like rainbows, earthquakes, hurricanes, solar eclipses, and comets in the sky must have seemed puzzling, even terrifying. Childbirth, disease, and death must have been equally mystifying.

Lacking answers, they created their own, and myth was born. Among the many myths imagined were gods—powerful, ephemeral entities who created the tides, or blacked out the sun during eclipses, or provided bountiful or lean harvests, droughts or floods. Religions were born and grew.

Bit by bit, building on the thoughts and tools passed along from generation to generation, the mysteries were peeled away. Rational explanation, grounded in experiments, took their place. First Galileo, Kepler, and Copernicus stayed the orbit of the sun. Newton wrote down nature’s laws—laws that differed from those of the gods dictated in holy books. Darwin situated human beings not as the pinnacle of creation, but as mutable specks on a vast finite tree of species coming and going in a hair’s breadth of time.

Fast-forward to the United States in the 21st Century. We live relatively comfortable lives in comparison to our ancestors of millennia-past. We have electricity and indoor plumbing and airplanes and Angry Birds. The befuddling workings of the human body that haunted earlier questioners dissolved under the scrutiny of the microscope. We have mapped the human genome, invented the bionic eye, and are creating human body parts with 3D printers. While poverty and exploitation persist, our growing understanding of the interconnectedness of all life has expanded humanity’s sphere of ethical concern. And every single one of these advances can be traced back to someone asking questions.

At a time when narrow, sectarian theology had a stranglehold on what people were allowed to learn, Charles Darwin looked at the natural world and was drawn to some dangerous three-letter words: Why? How? The questions themselves were unsettling. But these defiant little words of protest against complacency are the root of all progress toward universal comfort, freedom, and joy.

Everything we know about biology rests on Darwin’s work and his courage in publishing it—and every new league travelled on the moral arc of justice rests on the contributions of questioners equally brave. This courage, and the progress it brings, are at the center of the effort to make Darwin Day an internationally recognized holiday, commemorated annually on February 12, the naturalist’s birthday.

The holiday is intented to inspire us to stretch our minds to their limits in the service of human well-being. It is a holiday for championing the values of intellectual bravery, perpetual curiosity, and hunger for truth. We honor great scientific thinkers like Darwin not just in our laboratories, but in the practice of nurturing compassionate, egalitarian communities that value free inquiry.

We have not yet completely banished the anthropocentric fog. We do not yet have answers to some of the most important puzzles that baffle us. But we have an opportunity to see beyond the fog if we take a cue from Darwin himself and blaze through the clouds between us and a freer, fairer, more joyful world. 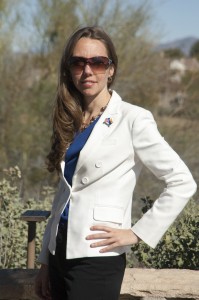 Seráh Blain is Partner and  Senior Strategist for Spectrum Experience, LLC, a Humanist-focused brand and PR firm. With more than 15 years of political and nonprofit advocacy experience, Seráh has dedicated her career to advancing social justice through public policy and grassroots community organizing. Notable positions include Executive Director of the Secular Coalition for Arizona and Director of Communications for James Woods for Congress. Seráh serves on the Board of Directors for the Arizona Interfaith Movement and the Humanist Society of Greater Phoenix. 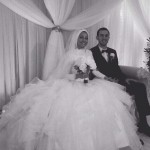 A Christian no more. Musician Jonathan...
The Freethinker
Related posts from NonProphet Status