Vindicating Chris Stedman: Reddit’s atheism forum is the third most toxic on the site

My good friend and founder of this blog, Chris Stedman, got into a lot of controversy a few years ago when he called New Atheism toxic, and frankly people were pretty petty and cruel in response (Seriously, people wrote about Chris Stedman eating shit-corn. That was about the level of intellectual discourse back then).

A recurring point I’ve often made is that online atheist spaces are not representative of atheism as a whole. Looking at online atheist spaces, it’d be difficult to imagine that only 1 in 7 atheists is anti-religious (a figure which is likely inflated due to selection bias; the participants were recruited from atheist communities). Yet many prominent atheists, who don’t hold views representative of most atheists at all, take criticism of New Atheism or anti-theism as a criticism of atheism, full stop. PZ Myers does so in the link above, and Jerry Coyne makes this conflation often, as well.

So are New Atheists toxic? The survey referenced above shows that anti-theists scored the highest out of any other nonbeliever on scales of anger and dogmatism. And a recent survey reported by Gawker shows that Reddit’s atheism forum, perhaps the largest community of anti-theists on the internet, is the third most toxic group on Reddit.

An easy way to find a part of Reddit filled with toxic speech and disturbed personalities is to go to Reddit.com and close your eyes and wiggle your mouse and click a bunch. But if you want to find the absolutely, quantitatively worst parts of Reddit, someone did that work for you.

How could you count the bad things on Reddit any more than you could count bumps on a toad or granules in a dune? Idibon, a company that makes language-processing software, took on this suicidal task. To calculate toxicity—which they’re defining as overt bigotry and ad hominem attacks—Idibon pulled thousands of Reddit posts, checking to see which had been upvoted or downvoted. Did a particular subreddit upvote a racist attack? That’s toxic! Was a nice or supportive sentiment upvoted? That’s nontoxic.

The full tally will probably not surprise you. At the number one Most Toxic Place on Reddit stands /r/TheRedPill, which describes itself as a “discussion of sexual strategy in a culture increasingly lacking a positive identity for men.” A message board used exclusively for misogyny and male whining is of course deeply toxic. Next up is /r/OpieAndAnthony, devoted to the racist radio show for dipshits. Again, not shocking. Other top slots include /r/BlackPeopleTwitter (as racist as it sounds!) and /r/4chan—along with some surprisingly normal subreddits like /r/Videos, /r/News, and /r/Gaming. It’s a given that /r/NaziShitWhoreWatch will be a toxic spot to browse, but when even the innocuous general discussion sections are filled with abuse, that tells us all we need to know about the internet’s premiere link swamp.

Gawker doesn’t mention atheism, but it was the third after The Red Pill and Opie and Anthony. Though the subreddit doesn’t formally align itself with New Atheism or anti-theism, even a casual glance will show that the memes, language used, and general topics are almost universally anti-religious. (Funny enough, I checked r/atheism and at the time of writing, the top comment on the top post is a Christopher Hitchens quote supporting anti-theism; the second highest post is that same anti-theist quote by Christopher Hitchens. Screen grabs here and here.)

Of course, how legitimate these results are depend on whether they came from decent methods. It’s very easy to cherry pick any headline to support your prejudices, so I went into Idibon’s website to delve a bit into the methodology they used. This is how they determined toxic content:

So what is Toxicity? Before we could do any analysis around which subreddits were the most Toxic, we needed to define what we would be measuring. At a high level, Toxic comments are ones that would make someone who disagrees with the viewpoint of the commenter feel uncomfortable and less likely to want to participate in that Reddit community. To be more specific, we defined a comment as Toxic if it met either of the following criteria:

However, the problem with only measuring Toxic comments is it biases against subreddits that simply tend to be more polarizing and evoke more emotional responses generally. In order to account for this, we also measured Supportiveness in comments – defined as language that is directly addressing another Redditor in a supportive (e.g. “We’re rooting for you!”) or appreciative (e.g. “Thanks for the awesome post!”) manner.

By measuring both Toxicity and Supportiveness we are able to get a holistic view of community health that can be used to more fairly compare and contrast subreddit communities.

They used a combination of machine learning and human annotation to get at genuine toxicity (“I hope Joffrey dies” and “I hope you die” might seem equally toxic to a computer program that hasn’t watched Game of Thrones). The program flagged potentially toxic or supportive comments, drastically reducing the number that humans actually needed to assess (from 250,000 to 10,000), and had real live people judge the rest using crowdsourcing platforms. They write:

[W]e took our 10,000 comments to the crowd with CrowdFlower, an online human annotation service, where nearly 500 annotators from around the globe labeled our Reddit comments based on our criteria, until each comment had been labeled 3 times.

They describe their analysis:

In determining what makes a Subreddit community Toxic or Supportive, simply counting the number of Toxic and Supportive comments wouldn’t be sufficient. One of the unique aspects of Reddit is that members of the community have the ability to upvote and downvote comments, which gives us a window into not only what individual commenters are saying, but whether or not and to what extent the community as a whole supports those comments. With this in mind, overall Toxicity/Supportiveness of a subreddit was determined as a function of the scores of all the Toxic and Supportive comments in a subreddit.

This means that they didn’t just look for whether bigotry and toxicity were present, but instead whether they were supported by the community.

So I think this is pretty strong evidence that online spaces for New Atheists are toxic (if the response to Chris Stedman’s piece itself weren’t already enough evidence). And I’m encouraged to see that writers here at Patheos, like Steve Neumann and Adam Lee, are starting to write publicly in venues like The Guardian and Salon about the importance of a broader, more tolerant atheism that doesn’t define itself solely in opposition to religious belief. On a personal note, though, I can’t help but be disappointed that this new conversation seems to leave out the contributions of people like Chris Stedman (in 2010 and 2011), Alain de Botton (in 2011), and even myself (in 2012), who were making these same arguments years ago and to a much less welcoming and much more hostile climate.

The central point of Alain de Botton’s Religion for Atheists was that atheists need to focus on more than just whether or not god exists (and he was skewered for it). Chris Stedman’s Faitheist had as its entire premise that that service work and social justice should be paramount and partnering with liberal believers on these issues is a powerful and important way to reach that goal (and I’m still shocked at the cruelty and bullying he received for making those arguments, and many people have told me the same—though almost always in private).

Atheism is bigger than anti-theism, and atheism doesn’t need to be toxic. I think the sooner we stop conflating atheism with anti-theism, the better.

Edit: I see now that they analyzed toxicity and bigotry separately. Atheism was third most bigoted and fifth most toxic. Thanks to my friend Ash for catching this and clarifying. 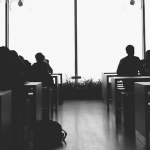 March 25, 2015 The CNN atheist special covered American Atheists more than atheism in America
Recent Comments
0 | Leave a Comment
Browse Our Archives
get the latest from
Nonreligious
Sign up for our newsletter
POPULAR AT PATHEOS Nonreligious
1