In this week’s monologue, Maher managed to take the first crack at Bruce Jenner’s coming out as a transgender woman.

“A lot of women in the news this week,” says Maher, transitioning from his previous joke. “Another wom.. OH! Bruce Jenner!”

At this point, the audience erupts because to Maher’s audience, apparently transgender people are inherently funny.

“The big interview is on tonight,” Maher goes on. “Please, no spoilers. I TiVo’ed it, which is ironic, because sometimes my TiVo also cuts things off.”

Maher, lauded by some bloggers in this channel as a truth teller about religion, is no stranger to bigotry—though usually his rhetoric is directed toward Muslims. When confronted about his Islamophobia by Salon last year, he insisted that:

We are not bigoted people. On the contrary, we’re trying to stand up for the principles of liberalism!

In response to that claim, The Guardian helpfully constructed a long list of “not bigoted” things Maher has said about Islam.

But even if Maher can convince himself that painting all of Islam with a broad brush somehow is helpful in combating religious extremism, it’s hard to see how making a transgender person the butt of a joke can be construed as “standing up for the principles of liberalism.” Moreover, Maher’s joke about “cutting things off” perpetuates the common misperception that gender is all about genitalia.

Maybe it’s about time we all come to terms with the fact that Maher is not a truth teller, but simply a bigot?

April 20, 2015
From the archives: the vanguard fallacy and embattled purview
Next Post 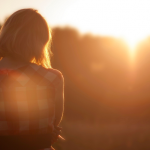 May 8, 2015 My review of Lisa Miller's "The Spiritual Child"
Recent Comments
0 | Leave a Comment
Browse Our Archives
get the latest from
Nonreligious
Sign up for our newsletter
POPULAR AT PATHEOS Nonreligious
1

The Two Factions Forming in the...
Roll to Disbelieve
Related posts from NonProphet Status