My Interview with David Pizarro for Religion Dispatches

I recently had the pleasure of interviewing David Pizarro, professor of psychology at Cornell University and host of the fantastic podcast, Very Bad Wizards. He and I had a great conversation about the psychology of hiding cocaine and how we’re inconsistent with religions like Islam:

VC: I’ve always found it really interesting that there also seems to be an asymmetry in how we treat religion as a cause for some actions and not others. People are very quick to blame Islam for terrorism in the Middle East, but they seem less eager to credit Islam for the advancements of math and science a thousand years ago. Do you think what’s going on there is that we’re literally anthropomorphizing Islam as if it were an agent? Or is something deeper happening?

DP: That’s a good question and a nice distinction that you’re making. I think part of the answer might be that people are just using the psychological tools that they have to evaluate human beings to evaluate some of these abstract entities. Now I don’t have good evidence for this, at least not published evidence, but I think that people evaluate entities using this sort of character framework as well.

So I think that what’s going on is that people who are opposed to Islam as an institution and as a set of beliefs are just far more likely to find fault and to blame that institution, and they’re reluctant to praise it. With Shai Davidai, who’s a graduate student here at Cornell, we did some studies looking at this (that, again, weren’t published), trying to determine whether or not we use these same character rules for institutions.

We asked people to evaluate the actions of a charitable organization that took upon itself the task of feeding some hungry sub-Saharan African children. If that organization is a particular Christian denominations that the sort of fairly liberal, fairly non-religious Cornell undergrad community doesn’t like, people are much less likely to praise it for its actions. And I think that it’s just because we have a particular view about that organization over time—its intentions, its works, its motives—so we’re likely to make very similar errors. We very easily divide the world into good guys and bad guys. And we think of Islam, The Church of Satan, whatever, as bad guys.

You can read the full interview at Religion Dispatches. 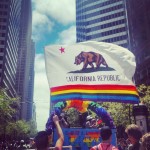 July 9, 2015 5 Ways to Avoid Being a Jerk in the Workplace
Recent Comments
0 | Leave a Comment
Browse Our Archives
get the latest from
Nonreligious
Sign up for our newsletter
POPULAR AT PATHEOS Nonreligious
1