Indeed, There Is Still a Gaping, Atheist-Shaped Hole in the Interfaith Movement

Indeed, There Is Still a Gaping, Atheist-Shaped Hole in the Interfaith Movement October 12, 2015 Vanessa Gomez Brake

A few years ago, I read an article by Rory Fenton, and adamantly disagreed with his assessment that atheists were missing from the interfaith movement.  After all, I was a living example of the contrary. At the time, I was employed at an interfaith seminary in Berkeley, where it was not unusual for atheists to be enrolled. I was 1 of 2 atheists serving on the Board of Directors at the Interfaith Center at the Presidio in San Francisco.  Around that same time, I was regularly invited to ‘preach’ at local churches and religious institutions about atheism and humanism, as part of their pluralism series. In the few years since that time, I joined the Board of the North American Interfaith Network, and began working at Stanford University’s Office for Religious Life. In fact, the most active student group engaged in interfaith dialogue on campus is the Atheists, Humanists & Agnostics (AHA!).

When Fenton wrote his article in 2011, there was plenty of evidence that I was not a lone atheist in the field of interfaith. Atheists and humanists in my network were actively involved in interfaith councils. In 2010, Chris Stedman had launched NonProphet Status by hosting a Share Your Secular Story Contest.  As managing director of State of Formation, Stedman also helped to provide an online forum for emerging religious and ethical leaders to share their perspectives. Then in 2013, a whole issue of the The Interfaith Observer was dedicated to ‘Welcoming Atheists and Humanists to the Interfaith Community.’ I recall in 2009, attending a conference of the Interfaith Youth Core, where Greg Epstein, Humanist Chaplain at Harvard, was a keynote speaker. All signs showed that secular world views were being well represented in interfaith circles.

Despite all the aforementioned evidence, I am now acutely aware that there must have been and still is a gaping atheist-shaped hole in the interfaith movement. This week I will be traveling with a delegation of students to the Parliament of World Religions. PWR was created to ‘cultivate harmony among the world’s religious and spiritual communities and foster their engagement with the world and its guiding institutions in order to achieve a just, peaceful and sustainable world.’ It is the largest gatherings of religions and traditions in the world. This year, the gathering will take place in Salt Lake City, Utah from October 15 – 19th. It is an exciting opportunity to learn from others doing interfaith work, to reconnect with colleagues from around the world, and to be inspired to continue engaging in difficult dialogues around world views. It was encouraging to see that the American Humanist Association will be in attendance. But what was disheartening was the sheer lack of session offerings on the topics of atheism, humanism and secularism. In fact, when I search the conference program by topic, there was exactly one session listed:

(Yay, my friend Mel Lipman will be on the panel!)

One session! Upon seeing the schedule, I regretted having not submitted a workshop proposal on my interfaith work and best practices. At the time of the proposal deadlines, I was convinced there would be other atheists in attendance from whom I could learn from. After all, when I attended the Parliament of World Religions in Melbourne, Australia in 2009, there were a variety of opportunities to engage with these subjects. On top of that, there was even a protest outside the Melbourne conference center, orchestrated by atheists. Nonbelievers showed up inside and out the PWR.

But there was my mistake…assuming others would take a lead on this subject matter. Unfortunately, not all atheist and humanist leaders have the luxury to attend such conferences, or even afford to work full time in these leadership roles. As for the PWR coordinators, I can’t fault them for not including more nonbelievers. They worked hard to provide diverse representation and programming with themes revolving around climate change, income inequality, human rights, dignity of women, and indigenous people. As a humanist, these are all topics that I’m eager to learn more about, and to encourage my community to act on. It was up to the secular community to show up for these issues, and for gatherings such as PWR, but sadly, they just didn’t in this instance.

Nonetheless, a great time will still be had at the PWR this week, and I may even be proved wrong. Perhaps there will be more visible atheists and humanist voices then the schedule shows. You’ll hear more from me on this subject in the coming days. But if you are an atheist, humanist, agnostic or self described ‘none’ that would like to engage on interfaith issues while attending the PWR, please reach out to me. Let’s connect over langar, and discuss how the future of the interfaith field can be more inclusive.

In his article, Rory Fenton said, “The true enemy of the secular movement is religious extremism and here we can find many allies within religion itself. Just as Martin Luther King worked with whites to end segregation and Gandhi worked with Muslims to free India, we too must be willing to reach out to build on common goals….Atheists have as much to gain from joining the interfaith movement as it has from us.” 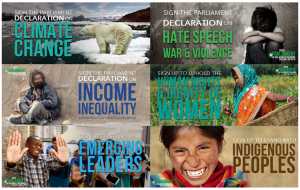 November 6, 2015 On Engaging Atheists on College Campuses – An Interview with a Sikh/Hindu Interfaith Activist
Browse Our Archives
get the latest from
Nonreligious
Sign up for our newsletter
POPULAR AT PATHEOS Nonreligious
1

The Sheer Racism in the Russell...
Roll to Disbelieve
Related posts from NonProphet Status

Exodus Sidebar: More on Moses and Sargon
I think that Dave Armstrong believes that the purpose of my existence is...
view all Nonreligious blogs
Copyright 2008-2021, Patheos. All rights reserved.