The ‘Alt-Right’ and ISIS Agree On More Than You Think

You might not think conservative white nationalists within the so-called Alt-right could possibly agree with Islamic terrorists from the Middle East. You might be wrong.

Richard Spencer, who says he coined the term “Alt-right” in 2008, recently tweeted about Austria’s controversial decision to ban women from wearing burqas in public places. He responded by saying he supports “compulsory” burqas for all Muslim women in Europe.

I support *compulsory* burkas for Muslims in Europe. The last thing we want is assimilation! https://t.co/aVMO4CKnuz

I’ll give you one guess as to who else supports mandatory burqas for Muslim women: The Islamic State (ISIS) and basically all Islamic extremists. Women under ISIS rule in Iraq and Syria, for instance, face harsh wardrobe restrictions enforced by religious police.

ISIS also opposes the assimilation of Muslims into western cultures, and even encourages violence against their fellow believers to prevent it. Islamic terrorists were likely “over the moon” after a man drove his van into a group of Muslims near a mosque less than two weeks ago, according to Newsday Columnist William F. B. O’Reilly.

“That fight is essential, in their doctrinaire minds, to prevent the assimilation of millions of Muslims into western society. Every burqa shed, every new Muslim Lions Club membership executed is a strike at the heart of fundamentalist Islam.”

When interviewed, Spencer contested my assertion that he “agrees” with ISIS on this issue but couldn’t explain how he doesn’t.

“Well, I don’t *agree* with them. My sympathies are with European, secular leaders like Bashar al-Assad. That being said, this is projecting European norms onto a drastically different region.”

Spencer went on the admit that he “can see how a Caliphate is a more natural political order in the Middle East.” Looks like another agreement to me!

“I wouldn’t say that such a thing would ‘accomplish my goals.’ An ISIS caliphate could be an extreme danger to Europeans; it could become a base for a conquest of Europe. From one angle, perhaps an aggressive caliphate would be exactly what Europeans need–dangerous, violent *challenge*, something that would make us understand who we are and bring about manliness in politics.”

On assimilation, Spencer doubled down:

“Yes, the last thing I want is assimilation, though. That would simply mean the loss of European culture and identity. To have an identity, one needs an Other. Liberalism (and Abrahamic monotheism, btw) basically has no concept of the Other; we are “all one”: all individuals, all Christians, all Muslims, etc.”

The mandatory burqa isn’t the only similarity between the beliefs of ISIS and those of white nationalists like Richard Spencer, of course. Spencer has championed the notion that things will be better if people returned to their cultural homeland (he calls it “peaceful ethnic-cleansing”), and that’s pretty much all ISIS wants: An Islamic caliphate without outside (secular) influences.

It would be easy to play a game of Mad Libs with the following paragraph, written by Spencer, and make it apply to ISIS. You wouldn’t even need to switch many words.

“For us ‘immigration’ is a proxy for race. In that way, immigration can be good or bad: it can be a conquest (as it seems now) . . . or a European in-gathering, something like White Zionism.  It all depends on the immigrants. And we should open our minds to the positive possibilities of mass immigration from the White world.”

Why are these similarities so easy to find? Because both ISIS and the Alt-right lie on the extreme end of the xenophobia and fascism scales, and they both propagate their nonsense by demonizing the “Other.” Oddly enough, all the racist outbursts and rants about “manliness” stem from the same place as the bombs and rigid fundamentalism: fear. They were so weak as to succumb to the fear of mere outsiders. Don’t let the same thing happen to you.

David G. McAfee is a Religious Studies graduate, journalist, and author of No Sacred Cows: Investigating Myths, Cults, and the Supernatural, Atheist Answers: Rational Responses to Religious Questions, The Book of Gods, The Belief Book, Mom, Dad, I’m an Atheist: The Guide to Coming Out as a Non-believer, and Disproving Christianity and other Secular Writings. He is also the founder of The Party of Reason and Progress and a frequent contributor to American Atheist Magazine. McAfee, who writes about science, skepticism, and faith, attended University of California, Santa Barbara and graduated with bachelor’s degrees in English and Religious Studies with an emphasis on Christianity and Mediterranean religions. 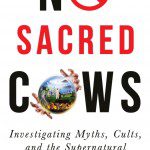 June 30, 2017
What the World Needs is News – With A Side of Science and Reason
Next Post 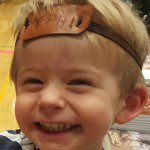 July 1, 2017 Mormon Media Misrepresents Death of 2-Year-Old Left In Car
Recent Comments
0 | Leave a Comment
Browse Our Archives
get the latest from
Nonreligious
Sign up for our newsletter
POPULAR AT PATHEOS Nonreligious
1 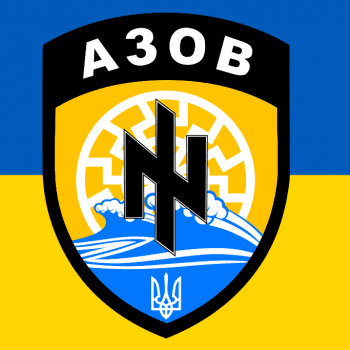 Nonreligious
The Real Scandal in Ukraine Involves, You Guessed...
No Sacred Cows 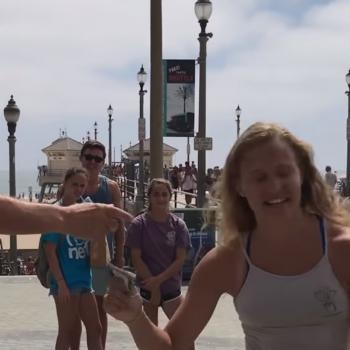 Nonreligious
Creationist Ray Comfort Claims He Made “A Lesbian...
No Sacred Cows 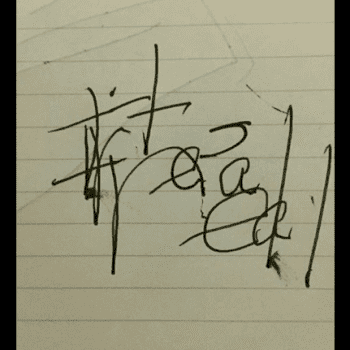