An anti-gay musician and self-published author claims that being a member of the LGBT community is “a form of rape.”

Lance Wells, who is trying to promote a book called The Truth Comes Out – Laying Waste to the Lies of the LGBT Community, says the “essential nature of homosexuality, ‘transgenderism,’ and other forms of sexual deviancy is, ultimately, a form of rape.”

“Once again, the proponents of these lifestyles intend nothing less than the spiritual – if not yet the physical – rape of society. If they cannot hypnotize, cajole, pressure, and threaten people into believing that their lifestyle is of equal (or greater) value by way of a constant barrage of unfounded and ludicrous assertions of normalcy, they will do all that they can to eliminate their opponents from the picture… Just as a woman can continue to strive to resist the forceful advances of someone who is attempting to rape her, we can refuse to surrender to the onslaught of homosexual propagandists – even if saying no to them results in being sued, arrested, tortured, or killed.”

Wells has also said that he’d like to have LGBT people, who he thinks represent “but the latest version of a threat that has existed throughout human history,” prosecuted under criminal law.

“I would prefer to see the United States reenact laws condemning these unhealthy and indecent lifestyles in the most certain of terms, implementing serious consequences for those found guilty of practicing and promoting them. For such people are, quite literally, enemies of the state.”

As a good example of this type of law, Wells pointed to Idaho’s Statute 18-6605, which establishes a five-year prison term for “the infamous crime against nature.” Under biblical standards, he says, we should apply the death penalty. He then celebrates the suicides of LGBT people who suffered indescribable discrimination.

“Tellingly, in another apparent – albeit perhaps subconscious – acknowledgment of the validity of God’s commandments, some homosexuals have decided to carry out the judgment prescribed by Mosaic law upon themselves,” Wells wrote. “But repentance is a far preferable option to suicide.”

So, who is Wells? If you live around Boise, Idaho, you may have seen his handiwork. He has published several anti-LGBT newspaper ads, and recently he began plastering flyers for his book in several neighborhoods. The flyer proudly claims that “bookstores won’t carry it” and that “people can’t seem to handle it.”

I also asked Wells for a review copy of his new book, but he refused to provide it. He said he didn’t have a “moral obligation” to give a copy of his book to someone who “almost certainly has a predetermined viewpoint regarding the content.”

“After all, you’ve not only written books, you’ve had at least one of them find shelf space at a big-box retailer,” Wells told me in an email. “I’ve been unable to even get mine a pot in the hole-in-the-wall store in my small Idaho hometown.”

Cue my shocked face. How could they not want to sell just an incredible piece of hate… I mean literature?

“In anticipating that you might appeal to my sense of Christian obligation, I can say that I have donated several copies to libraries,” Wells told me. “I contend that my book is, first and foremost, one that promotes Jesus Christ’s Gospel, and that is always free.”

That’s what Jesus said, right? To spread lots of anti-LGBT hate and don’t give away anything to anyone unless it benefits you?

Wells didn’t agree to an interview, or to provide a review copy of his book, but he did leave me with some of his “wisdom.”

“If you want a real conversation, get real first,” he told me. “I perceive that that might take some time, though, because you’ve burrowed yourself into a very large pit – and there are about 190,000 people watching you flail around in it.”

Wells also complained about numerous negative reviews for his book (which, according to Amazon, has sold zero copies), so you can check those out (and/or add your own) here. To support my future investigations, please check out my Patreon. 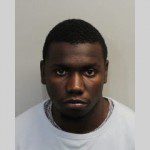 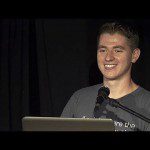 July 6, 2017 Please Support My Work (and Get Rewards) on Patreon
Recent Comments
0 | Leave a Comment
"In talking about the 'secular revolution' which took place in the American academy during the ..."
Luke Breuer My Facebook Fan Page Has Been ..."
""""Cults will do everything in their power to convince you that they are not a ..."
Linda Miller Former Reality TV Star Now Leads ..."
"So, given that the vast majority of the accusations referred to in this article — ..."
Paul Co-Founder of Popular Atheist Facebook Group ..."
"which is true except when you become insane in which case a doctor should come"
samuel Sam Harris is Wrong: Religious Extremism ..."
Browse Our Archives
Related posts from No Sacred Cows