A Group of Armed Christian Terrorists Gathered Saturday in Charlottesville

Approximately 50 Christian terrorists, many of them armed to the teeth, gathered for a “rally” in Charlottesville, Virginia, on Saturday.

You probably haven’t heard this weekend’s Ku Klux Klan rally described that way in the media, but that’s exactly what it was. Despite the fact that the KKK is an explicitly Christian organization, articles on CNN, Slate, Time, etc. didn’t mention anything about the religion.

Let me say that again: The KKK is a Christian terrorist group – one that has killed thousands of people (mostly black) in the years since it was founded. And they gathered, with guns, on Saturday.

Can you imagine if 50 radicalized Muslims, associated with ISIS or Al Qaeda or some other group, gathered with weapons in Virginia? The headlines would say “Muslim Militants Threaten Charlottesville” instead of “Small KKK rally draws large counterprotest in Virginia.”

This is a common blind spot for people in the United States, in part because we are desensitized by the long history of violence throughout the history of the KKK. The group’s secrecy and connections to many U.S. politicians also contribute to the often-overlooked source of bigotry, hate, and terrorism.

There is no definite number for deaths attributed to the KKK, but experts estimate the group lynched more than 3,500 people between 1865 and 1900 alone. Its members’ association with criminal activity “has remained consistent” even today, according to the Anti-Defamation League.

From the ADL’s 2016 Report, Tattered Robes: The State of the Ku Klux Klan in the United States:

“Within the past year, individuals connected to the Klan movement have been convicted of a wide range of crimes from murder sprees to assault. They have attempted and conspired to commit murder, and committed assaults. They have been arrested for illegally possessing a variety of weapons, from brass knuckles to weapons of mass destruction.”

“Since the 1970s the Klan has been greatly weakened by internal conflicts, court cases, a seemingly endless series of splits and government infiltration. While some factions have preserved an openly racist and militant approach, others have tried to enter the mainstream, cloaking their racism as mere ‘civil rights for whites.’ Today, the Center estimates that there are between 5,000 and 8,000 Klan members, split among dozens of different – and often warring – organizations that use the Klan name.”

Does that sound like any other group to you? The behavior is strikingly similar to ISIS and other Islamic terrorist cells, yet the media response in the U.S. is completely different in these nearly parallel scenarios. Let’s call the KKK what it is: a splintered group of violent Christian terrorists. 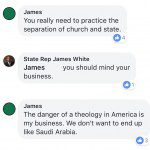 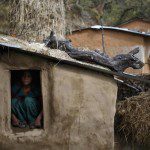 July 10, 2017 Teen Girls Are Dying Because of Nepal’s Barbaric ‘Menstruation Hut’ Practice
Recent Comments
0 | Leave a Comment
Browse Our Archives
get the latest from
Nonreligious
Sign up for our newsletter
POPULAR AT PATHEOS Nonreligious
1