Sam Harris is Wrong: Religious Extremism is the Problem

I recently posted a quote about the dangers of extremism, and dozens of people left dissenting comments in which they quoted Neuroscientist Sam Harris on how “fundamentalism isn’t the problem” because “Jain extremists” are non-violent. The problem? That’s demonstrably false.

Don’t get me wrong: I’m a fan of Harris. He does great work in science and skepticism, and is one of the most prominent atheists who debates Christians regularly (and successfully). He’s also correct that the core principle of Jainism is non-violence. Here’s his quote:

“Jainism actually is a religion of peace. The core principle of Jainism is non-violence. Gandhi got his non-violence from the Jains.”

So far, I agree with Harris. Jainism is indeed a religion founded on non-violence, and it did inspire Gandhi. But Harris goes on to make a giant leap to an illogical (and provably wrong) conclusion.

“The crazier you get as a Jain, the less we have to worry about you. Jain extremists are actually paralyzed by their pacifism. Jain extremists can’t take their eyes off the ground when they walk, lest they step on an ant. They filter every sip of water through cheese cloth lest they swallow and thereby kill a bug. Needless to say, they’re vegetarian. The problem is not religious extremism, because extremism isn’t a problem if your core beliefs are truly non-violent. The problem isn’t fundamentalism.”

This time, Harris is partially right, and as a religious studies graduate I feel it’s important to correct him. Extreme Jains do pay close attention to insects they might harm. They even carry around special brooms to sweep them out of the way! But that mentality, taken to the extreme, has proven to be harmful.

Extreme Jainism has led to numerous recorded deaths, especially from starvation. For Jains who stop eating with the intention to die, this is called sallenkhana, and it happens way more often than it should. It’s estimated that about 200 Jains fast to death each year.

Before you say this is only self-harm and doesn’t count (somehow), consider the case of Aradhana Samdaria, a 13-year-old child who died from ritual fasting for 68 days. Her death could have been prevented, but Jain leaders pulled the “religious freedom” card.

“Nobody has a right to interfere in our fundamental rights to practice our religion,” said Jain guru Mangilal Bhandari. “The filing of cases against the parents of Aradhana amounts to interfering in the spiritual matters of the community.”

How is this any different from “faith healing” parents in the U.S. who allow their children to die by neglect? This is a child we are talking about, a kid who was led to believe starving herself was the right thing to do because of a family guru and… you guessed it, rigid fundamentalist dogma.

Fundamentalist Jainism further poses a danger to women, who are considered to have less authority than men (at least within the monastic community) and are often banned from visiting temples during menstruation. The Digambara sect actually teaches that women are inherently harmful and can’t achieve liberation without being reborn as men first.

This sexism is a direct result of an extreme interpretation of Jainism, which teaches that menstrual blood kills micro-organisms in the female body. That makes women automatically more violent than men, according to Digambaras. If that sounds counter-intuitive, it’s because it is.

Women are also banned from being naked, despite the fact that male nudity is extremely crucial to Jains. From BBC:

Mahavira himself, whose life shows Jains the way to liberation, set an example of total nudity that Digambaras believe monks should follow. Since women are not allowed to be naked in public they cannot achieve liberation directly, and so are seen as second-class citizens.

This ban on female nakedness is partly intended to protect both men and women:

If women went around naked it would cause men to experience sexual desire and the desire produced would hinder the man’s progress to liberation.

Other Examples of Extremism

Fundamentalist Jains have further been criticized for their practice of bal diksha, or bringing young children into the monastic order. In 2004, children’s rights groups were outraged when a nine-year-old girl named Preetvarsha Shreeji was inducted as a Jain sadhvi.

Ravindra Parekh, a lawyer who is also Jain, challenged that extreme interpretation of his doctrine. ­­

“I promise no bal diksha will take place from now on in this country,” he said. “Bal diksha takes away the property rights of children, so I want to form a welfare trust for Priyal’s financial protection.”

Jain extremists are also more likely to discriminate against meat eaters because of their fundamentalist views on the importance of not harming creatures of the earth. Jain developers have been known to refuse to sell apartments to non-vegetarian households, while some Jains want to ban the sale of meat and eggs in parts of India despite the fact that non-Jains live there.

The Problem is Extremism

My point here is not to suggest that Jainism is a bad religion, or that its followers are harmful to society. Actually, I think Jainism is a spectacular example of a religion that has stuck to its core moral values. Unfortunately, extremism has still been a real problem.

Despite its failings, Jainism is probably my favorite religion due to its non-violent philosophy. But the debate shouldn’t be over which fundamentalist doctrine is better for humanity. We should be talking about how to make harmful parts of all traditions more open to change.

In sum, any ideology, taken to its extremes by some followers, can cause harm. And to pretend that’s not the case is to ignore the very essence of a problem that has caused countless acts of discrimination and the deaths of millions – if not billions – of innocent people. 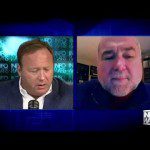 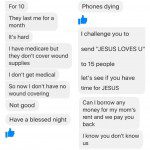 July 3, 2017 A Christian Scam Artist Is Ripping Off People on Facebook
Recent Comments
0 | Leave a Comment
Browse Our Archives
get the latest from
Homestead Skeptic
Sign up for our newsletter
POPULAR AT PATHEOS Nonreligious
1