Details are still emerging from authorities about Roshad Thomas, a Florida youth minister and businessman who admitted to molesting young boys, but his Facebook posts are revealing even more information.

Thomas, 41, worked with children at a church and a private school – both in Tallahassee. He is now being investigated for molesting at least five different boys, and his social media posts are enough to raise some eyebrows.

For starters, it seems like Thomas directed a great number of his posts directly toward “high school guys” or “middle school guys.” Often these posts advertised camping events or private bible studies, and the timing overlaps with the victims’ abuse.

Just last month, Thomas posted that “ALL high school guys” are invited to a retreat to discover “the man that God has called you to be.” He added, “Don’t be scared! Come! You won’t regret it. I promise.”

Similarly, in 2010, Thomas asked any and all “middle school guys” to join him for bible study. He asked the kids to bring $5 for “pizza, drinks, fun and Jesus.”

In almost all posts that describe a specific boy, Thomas refers to them as his “son” and he as their “dad” or even “daddy.” Most notably, Thomas described his relationship with a young boy who died of carbon monoxide poisoning while camping with an older man at Talladega Superspeedway last year.

Let me be clear: I am in no way blaming the church or school or anyone for not catching on to this problem before the numerous allegations. I am only saying that, looking back, we can connect dots that have always been there (yet disguised).

In fact, many teachers and coaches might consider Thomas’ behavior to be normal. After all, close relationships between adults and kids are common under these circumstances. However, when we look at what Thomas admitted and the timeline of the allegations, I think it’s possible we are seeing in his posts the groundwork for later crimes.

Police say the victims each describe sexual encounters that happened between 2007 and 2014, so many of these posts line up directly with real life sexual abuses. It’s worth looking into how Thomas got these boys alone, and if he did in fact use church-sponsored events to gain the trust of victims.

I don’t think Christianity in any way causes these types of abuses, but Christian churches have repeatedly facilitated them and covered them up. We may need reform in this area to protect our kids. 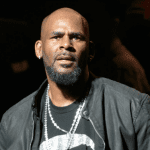 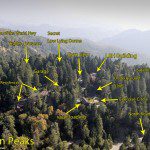 July 23, 2017 A Trip to Scientology’s Secret Underground “Armageddon Bunker” Near My House
Recent Comments
0 | Leave a Comment
Browse Our Archives
Related posts from No Sacred Cows