This Ex-Cop Has Locked Up 28 ‘Psychic’ Scammers, Returned $3.2M to Victims

He’s a former New York police officer who has caused the arrests of 28 “psychic” con artists and returned $3.2 million to their victims over nine years. He is the ultimate detector of psychic fraud, and most skeptics haven’t heard his name.

Meet Bob Nygaard, a real-life “psychic hunter.” He’s actually an ex-cop who now works as a private investigator, but he takes on more so-called psychics than anyone else. He told me he “specializes” in getting justice for victims of these particular fraudsters.

“I do other things, like Sweetheart Swindles and insurance scams, and other crimes that they commit, but I’ve just been inundated with so much of the psychic stuff that it’s taken up all my time.“

He says these “psychic” cases are especially bad because the fraudsters target people when they are most susceptible to manipulation, and they often use God or spirituality to take advantage.

They find someone that’s at a vulnerable point in their life. They create a sense of dependency. They create a pseudo-world. They will tell people, “I’m doing God’s work. I’m taking the money to the altar.” The amount of money that these people are defrauded of by these so-called psychics is astronomical. We’re talking in the billions of dollars. – Nygaard, speaking in a brief documentary about his work

I first spoke to Nygaard earlier this month when I wrote a story about Melissa Lori Lee, a so-called psychic in California who was just ordered to go to prison and pay back more than $200,000 she stole from eight clients. Nygaard, of course, was behind the arrest.

I then called him to talk about his work taking down psychic fraudsters, his spiritual beliefs, and more.

Nygaard said that he had researched psychic fraud when he was on the force, and had connections to police who specialized in confidence scams (also called “bunco cops”). He told me he was gathering information during this time, and that he was “fascinated” by the world of psy-scams.

But his work with psychics didn’t really begin until 2008, when he retired from the force and walked into a bar.

“I was in Boca Raton, Florida, and I retired from the police department. And after three months, I was bored. I went out to a happy hour, and I met two women, a doctor and a nurse… I was talking about how I like to outsmart con artists and capture them, and help people that were ripped off, because it’s very challenging… I left the bar and I gave them my card, and then the doctor ended up calling me about 10 minutes later.”

Nygaard said the woman wanted to meet at a local gas station, and they did. She was embarrassed to tell him the truth, but she ultimately revealed she was ripped off by a local psychic named Gina Marie Marks.

Nygaard began investigating Marks, and ultimately tracked down five victims who lost $65,000. The victims were “an interesting mix,” including the doctor and a professional athlete, he said.

Unfortunately, despite having gathered evidence and finding victims, the authorities wouldn’t press charges against Marks. She agreed to return the $65,000, and the police felt that was enough, but Nygaard disagreed.

“It’s a revolving door of justice where these people get in trouble, and they try to pay people off – usually pennies on the dollar, but in this case it was the full amount – through off-the-table restitution deals in order to stay out of trouble. And then they never have a conviction on their record and they just go out and do the same thing.”

Nygaard said he bumped heads with the police partly because they continually blamed the victims for being “gullible.” One prosecutor reportedly said the victims were “lucky they’re getting anything back at all.”

“The attitude right there from the prosecutor was, ‘Well, these victims, it’s their own fault,’ basically, and they should be happy that they’re even getting anything back. That should be good enough for them.”

Nygaard said that’s what bothers him most about these cases involving psychic fraudsters – “the victims are so maligned.”

“Instead of crediting the con, they blame the victim… Well, what I say is, it’s not a crime to be gullible, but it is a crime to steal from a gullible person. What ever happened to empathy? Where did empathy go?”

Nygaard said it’s easy to be empathetic to the victims, because he imagines how it would feel if his mother or brother was one of them. He also recognizes that most people who fall prey to psychics do so at the most vulnerable points in their lives, and has even met victims who wanted to kill themselves after losing their life savings to con artists.

“It plays right into the hands of the psychic, because people are so embarrassed and so ashamed and so worried that their name might come out associated with it… so, a lot of times, the psychic will say to the person, ‘Well, you know, if you do anything against me, you know everybody’s going to find out. You know everybody’s going to laugh at you.’”

Despite being impeded by uncooperative (and perhaps lazy) authorities, Nygaard eventually leveraged his knowledge of the law and the inner-workings of the police department to get an arrest. As a former insider, he said, he was able to save these victims from cops who didn’t want to take on the case – he called it “the con after the con.”

The arrest of Marks marked the beginning of Nygaard’s psychic hunting career. Since that time, he has targeted several crystal ball criminals.

Nygaard has taken down a total of 28 psychics, and there are two more cases in Florida where “resistance” from the authorities prevented arrests. No other private investigator has exposed as many psychic frauds as he has, and he’s currently working on 30 more.

“I have, that I’m working on, 30 solid ones right now. That’s equal to the amount that I’ve already done. That’s how many I have on my plate.”

Most importantly, he has returned $3.2 million to victims of psychic scammers.

When asked if he believes anyone could actually have psychic powers, as these particular scammers say they do, Nygaard gave a true skeptical answer.

“Listen, no one has ever proved that they have psychic abilities since the beginning of time. And James Randi, from the James Randi Foundation, he put up a $1 million challenge to any psychic who could prove their abilities. No one has ever collected.”

Nygaard also pointed out, however, that the existence of psychics isn’t important to his work. Fraud and theft are crimes regardless of supernatural abilities, he said.

Nygaard, who is a Christian, also acknowledges that religious leaders commonly use similar tactics to fleece their sheep. He specifically pointed to Peter Popoff, a Christian televangelist who has been exposed for recording private conversations of people in the audience and pretending to know the information by speaking with God.

“How is this guy still on? Years after he was caught? I would definitely take those cases on.”

I hope he does! In any case, all skeptics should follow Nygaard’s work. It’s truly inspiring. 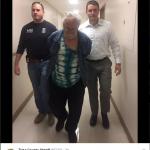 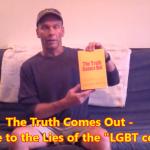 September 11, 2017 Writer Who Compared Gay People to Rapists and Thieves Says Sorry to Thieves
Recent Comments
0 | Leave a Comment
"In talking about the 'secular revolution' which took place in the American academy during the ..."
Luke Breuer My Facebook Fan Page Has Been ..."
""""Cults will do everything in their power to convince you that they are not a ..."
Linda Miller Former Reality TV Star Now Leads ..."
"So, given that the vast majority of the accusations referred to in this article — ..."
Paul Co-Founder of Popular Atheist Facebook Group ..."
"which is true except when you become insane in which case a doctor should come"
samuel Sam Harris is Wrong: Religious Extremism ..."
Browse Our Archives
get the latest from
Nonreligious
Sign up for our newsletter
POPULAR AT PATHEOS Nonreligious
1