Lance Wells, an anti-LGBT writer and musician who has compared gay people to rapists, murderers, Nazis, and thieves, just issued a formal apology… to thieves.

“It’s recently come to my attention that some people have indicated that they were upset because, in one of the appendices of my book, I compared the LGBT community to rapists. Additionally, on page 338, I drew an analogy to rapists, murderers, and thieves. So I guess people are upset, and I’ve been thinking it over, and I’ve decided that I would like to offer a public apology… to thieves,” Wells said in a video published on YouTube Sunday. The video is titled, Lance Wells apologizes for “LGBT”-related quote!

Wells adds that, according to the Bible, the punishment for theft is less severe than for homosexuality.

“According to this book, when a thief is apprehended, he or she is required to pay some multiple of the amount that was stolen. Whereas, according to both the Old Testament book of Leviticus and the New Testament Letter to the Romans, the justified punishment for homosexuality is… well, let’s just say, a bit more serious.”

What he is referring to, of course, is the death penalty for gay people. Under biblical standards, he says, we should kill homosexuals – and only make thieves repay a multiple of what they stole. He makes the case for capital punishment against members of the LGBT community in his book, as well.

Wells goes on to apologize to any “robbers or burglars who may have suffered some undue degree of punishment” as a result of his “comparing their deeds to homosexuality.”

I discovered Wells and his self-published book, The Truth Comes Out: Laying Waste to the Lies of the “LGBT community,” in July and exposed anti-LGBT hate speech in his work. Among other things, he said being a member of the LGBT community is “a form of rape.”

“Once again, the proponents of these lifestyles intend nothing less than the spiritual – if not yet the physical – rape of society. If they cannot hypnotize, cajole, pressure, and threaten people into believing that their lifestyle is of equal (or greater) value by way of a constant barrage of unfounded and ludicrous assertions of normalcy, they will do all that they can to eliminate their opponents from the picture.”

Wells took the comparison even further:

“Just as a woman can continue to strive to resist the forceful advances of someone who is attempting to rape her, we can refuse to surrender to the onslaught of homosexual propagandists – even if saying no to them results in being sued, arrested, tortured, or killed.”

He also said he wanted gay people to be punished by the government, presumably with death.

“I would prefer to see the United States reenact laws condemning these unhealthy and indecent lifestyles in the most certain of terms, implementing serious consequences for those found guilty of practicing and promoting them. For such people are, quite literally, enemies of the state.”

Since that time, Wells has been trolling the reviews on my books (and my fan page) with personal insults, most likely because people saw quotes from his book and left it one-star reviews on Amazon. In an earlier attempt to compensate for this, he left himself a glowing review.

Now, responding to his critics (his book has one star and 48 reviews), Wells has made a video apologizing to thieves and doubling down on his anti-LGBT rhetoric. At the end of the video, Wells burns my first book, Disproving Christianity, in a small stove.

Wells, if you are reading this (and I’m sure you are), here are some of my more recent books you failed to burn: No Sacred Cows, Atheist Answers, The Book of Gods, The Belief Book, and Mom, Dad, I’m an Atheist. Please feel free to buy and burn as many copies as you can, and send me videos.

For everyone else, please consider supporting my work through Patreon: https://www.patreon.com/DavidGMcAfee. Any amount helps, and the money helps me take down people like Wells. 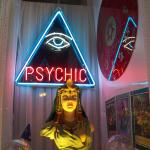 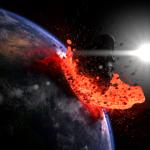 September 18, 2017 The World is Ending (Again) This Saturday – So Let’s Party
Recent Comments
0 | Leave a Comment
"In talking about the 'secular revolution' which took place in the American academy during the ..."
Luke Breuer My Facebook Fan Page Has Been ..."
""""Cults will do everything in their power to convince you that they are not a ..."
Linda Miller Former Reality TV Star Now Leads ..."
"So, given that the vast majority of the accusations referred to in this article — ..."
Paul Co-Founder of Popular Atheist Facebook Group ..."
"which is true except when you become insane in which case a doctor should come"
samuel Sam Harris is Wrong: Religious Extremism ..."
Browse Our Archives
get the latest from
Nonreligious
Sign up for our newsletter
POPULAR AT PATHEOS Nonreligious
1