I am only reporting allegations, and not encouraging anyone to presume Tyson’s guilt. In fact, I firmly believe that a person is innocent until proven guilty, and this is no exception. I am only delivering the relevant information from the perspectives of the parties involved.

Since the downfall of Harvey Weinstein, the movie producer who has been accused of sexual harassment or assault by more than 40 women, people all around the world have come forward to call out abuse by men in power. The most recent name on that list is popular astrophysicist and science communicator Neil deGrasse Tyson.

Last week, a journalist writing for Medium listed Tyson as a “screen celebrity” who had been accused of “rape.” As a fan of Tyson’s activism and writing, and someone who has met him in person (I also quote him several times in my new book, No Sacred Cows), I decided to delve deeper into the allegation and tell the whole story (as it has been reported from both sides).

The accuser is Tchiya Amet, a “musician, healer, and teacher” who says she studied Galactic Astronomy in the graduate program at the University of Texas in Austin and she wanted to become the first black female astronaut. In a blog post in October 2014, she claimed she was a grad student at the same time Tyson was there, and that he drugged and raped her.

Amet said the alleged assault started when she went to his apartment to visit, like she did almost every day.

He offered me a glass of water. I accepted a liquid in a cup made out of a coconut shell. I recall coming back to consciousness briefly, then next thing I remember is seeing him in the hallway the next day. I have lived in this nightmare for 30 years, and it stops today.

I know this will be difficult for many of you to believe, understand or to know. However, know that this is the truth. Those who know me well can attest to the fact that I lived with undiagnosed PTSD of [at] least 25 years.

She also said Tyson was the reason she didn’t further pursue her dream of reaching the stars and becoming a full-fledged astrophysicist, and accused him of telling students they could pass Astronomy 101 if they gave him a blow job.

He talks about obstacles to reaching his goal of astrophysicist. Did anyone slip him a mickey? Perhaps this was his way of eliminating the competition….what a scam YOU are Mr. Tyson…

How does it feel to know that YOU are the reason there is one less [black] female galactic astronomer on this planet? Yes, YOU. How many freshman students did you give A’s to when they were failing? Were they really failing, or was that just an easy way to get free blow jobs?

This isn’t the first time this particular allegation has been reported. Hontas Farmer of Science 2.0 posted about Amet’s story last year, saying the original story was “met with over a year of solid deafening silence.” She added that the “overall story is very plausible.”

That was something young men did way too often. My mother still reminds me to watch my drink when I go out with anyone…

Tchiya Amet accepted a seemingly innocuous cup of water from her host, a man she respected and trusted. Then, he violated that trust and her body in the most invasive way possible.

I have absolutely no idea if any of this is true, and neither Amet nor Tyson responded to my requests for comment, but it is a formal accusation and as such it deserves to be investigated. If you have any more information on this alleged incident, or you have a similar story involving Tyson, please feel free to leave it in the comments or email me at david@davidgmcafee.com. 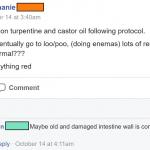 October 20, 2017
These People Think Drinking Turpentine Will Cure Any Disease
Next Post 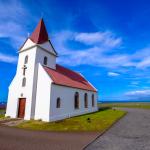 November 6, 2017 Here’s the Fatal Church Shooting You Didn’t Hear about Yesterday
Recent Comments
0 | Leave a Comment
Browse Our Archives
get the latest from
No Sacred Cows
Sign up for our newsletter
POPULAR AT PATHEOS Nonreligious
1

Come Meet the Growing Ranks of...
Roll to Disbelieve
Books by This Author Books by David G. McAfee