Everyone saw the news yesterday that 27 people died in a tragic shooting at a small-town Baptist church in Texas, but there was a second deadly church shooting buried in the headlines.

The shooting you may not have heard about took place in Fresno, Cailf., and two people died as a result. Much like the siege on the church in Sutherland Springs, which was said to have occurred amid an ongoing “domestic situation,” personal problems led someone to shoot up a church.

In this case, police say two people died after being shot in the parking lot of the St. Alphonsus Church in southwest Fresno, according to the Fresno Bee.

Police say his girlfriend’s estranged husband shot them around 8:30 a.m. Sunday as they sat in their car after Mass. The husband then shot himself at his home.

The offender in this church murder also sent his daughter a series of text messages saying he killed her mom and planned to kill himself, which prompted her to call the police.

After Fresno police and SWAT officers arrived and heard a gunshot in the home, a robot entered to find Manuel Garcia dead of a gunshot wound to the head and a gun in his hand.

Fresno police chief Jerry Dyer said Manuel Garcia and Martha Garcia had been married for 43 years but she had filed for divorce about a month ago. The woman continued living in the family home, Dyer said, and had recently told relatives that she had a boyfriend.

These two church shootings occurred on the same day, and they have a lot in common. It turns out the killer in Sutherland Springs was targeting a member of his family, who had attended the church, according to the Washington Post.

While authorities have not publicly identified a motive for the attack, they emphasized Monday that the shooting did not appear to be fueled by racial or religious issues. They said the gunman’s mother-in-law had attended the church but was not there Sunday, and that the shooter had sent “threatening texts” as part of the family dispute.

“This was not racially motivated, it wasn’t over religious beliefs,” Freeman Martin of the Texas Department of Public Safety said at a news briefing. “There was a domestic situation going on within the family and the in-laws.”

It’s important to note that there were two church shootings yesterday, and that neither of them were related to religion or religious differences. These were not atheists who targeted religious institutions because of their faith, which is how some have already tried to paint the Sutherland Springs attack. These were domestic assaults that ended up hurting too many other people.

These tragedies must be prevented in the future, but the way we do that is not by jumping to conclusions and assuming religious motives without evidence. 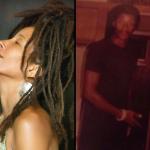 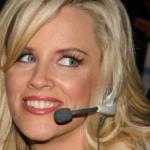 November 7, 2017 Anti-Vaxxers Are Thriving Despite California’s Tough Vaccine Laws
Recent Comments
0 | Leave a Comment
"In talking about the 'secular revolution' which took place in the American academy during the ..."
Luke Breuer My Facebook Fan Page Has Been ..."
""""Cults will do everything in their power to convince you that they are not a ..."
Linda Miller Former Reality TV Star Now Leads ..."
"So, given that the vast majority of the accusations referred to in this article — ..."
Paul Co-Founder of Popular Atheist Facebook Group ..."
"which is true except when you become insane in which case a doctor should come"
samuel Sam Harris is Wrong: Religious Extremism ..."
Browse Our Archives
get the latest from
Homestead Skeptic
Sign up for our newsletter
POPULAR AT PATHEOS Nonreligious
1

Of Hybrid Embryos, Human Rights, and...
Roll to Disbelieve
Books by This Author Books by David G. McAfee