Church of Scientology Compares Actress Leah Remini to the KKK

A representative for the Church of Scientology told me in an email that giving a forum to actress Leah Remini, an ex-Scientologist who has spoken out publicly against the church, is “the same as” giving a forum to the Ku Klux Klan.

Scientology official Karin Pouw, the church’s Director of Public Affairs, was responding to my request for comment when she slammed Remini. The problem? My article was about how the church has been accused of covering up rape claims against actor Danny Masterson, and it didn’t even mention Remini.

“Giving Leah Remini a forum to spew more lies about Scientology is the same as providing a forum to the KKK to spread their racial and religious hatred,” she wrote in the email. “Leah Remini is attacking the Church and now the LAPD as part of her anti-religious hate campaign—it reflects her obsession with publicity.”

There are a number of problems with this comparison, but most notably Remini has never been convicted (or even accused) of assaulting or killing anyone while the KKK has become synonymous with this behavior. There’s also the fact that the KKK is a religious organization, while Remini is speaking out against a religion she says abuses its members.

The blatantly unfair comparison of Remini to the KKK is frankly offensive to those who have suffered violence at the hands of – or inspired by – the Christian terrorist group. Still, it points to how much Remini has revealed about the church of Scientology if this is how they see her.

Pouw eventually answered the question I asked by addressing the claims of Chrissie Bixler, who said she was raped by Masterson, most known for his role on That 70’s Show. Bixler said she was dating Masterson when he raped her, and that the church downplayed the existence of intra-relationship rape.

“As for Ms. Bixler’s statements, the Church of Scientology adamantly denies that when Chrissie Carnell Bixler came to the Church regarding her relationship with Mr. Masterson she made any criminal allegations,” Pouw wrote in the email to me. “What we do know is that Ms. Carnell Bixler came to the Church at the time Mr. Masterson broke up with her, after their 6 year relationship, asking that we help her get back together with him.”

Pouw went on to say that the church “also denies and takes offense to the implication the Church would ignore criminal behavior of certain members, especially at the expense of alleged victims.”

“The Church follows all laws and cooperates with law enforcement,” she wrote. “The Church is an active community partner in Los Angeles and cities around the world.”

The statements regarding Bixler’s testimony were vague and reeked of victim blaming, so I sent one follow-up question to get to the bottom of this. My simple question was: “Is it the church’s position that sexual abuse within a relationship isn’t rape?”

In her reply, Pouw only reiterated that the “last portion” of their statement “makes our position on this clear.”

In my eyes, the statement was only clear about one thing: the church is intent on destroying the credibility of Remini and Bixler, but I suppose time and the judicial system will tell. There are numerous criminal investigations into Masterson’s alleged conduct against at least four women. 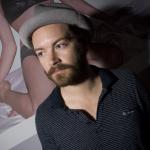 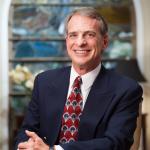 December 1, 2017 Christian Apologist William Lane Craig Accused of Plagiarizing Thesis
Recent Comments
0 | Leave a Comment
"In talking about the 'secular revolution' which took place in the American academy during the ..."
Luke Breuer My Facebook Fan Page Has Been ..."
""""Cults will do everything in their power to convince you that they are not a ..."
Linda Miller Former Reality TV Star Now Leads ..."
"So, given that the vast majority of the accusations referred to in this article — ..."
Paul Co-Founder of Popular Atheist Facebook Group ..."
"which is true except when you become insane in which case a doctor should come"
samuel Sam Harris is Wrong: Religious Extremism ..."
Browse Our Archives
Related posts from No Sacred Cows