This allegation is a few years old, but it was brought to my attention yesterday by John W. Loftus, an atheist author, philosopher, and former student of Christian apologist William Lane Craig.

Loftus has written before about Craig’s refusal to debate him, but now he’s shining a light on a much more serious claim: Craig, one of the most respected modern Christian thinkers, plagiarized parts of his Master’s Degree thesis.

Loftus links to a science forum in which people lay out some of the similarities between Craig’s thesis (titled The Nature of History) and the work of historian Stewart C. Easton, whom Craig has quoted in the past:

It seems to me that it’s fairly clear-cut that he in fact plagiarized these parts of his thesis. If he did plagiarize, what are the possible repercussions? Can his Masters degree be revoked?

“The achievements of this century and its predecessors in the modern period have made it possible for the majority of Western men to emancipate themselves from the numerous restrictions that afflicted men in past centuries.”-Easton

“The achievements of this century, and indeed, the modern period as a whole have made it possible for the majority of Western men and women to liberate themselves from the numerous restrictions that shackled persons living in past centuries.”-WLC

“The individualism that we notice as early as the Renaissance, but which could be in the possession of only a few in that age, has now become possible for the majority.”-Easton

“The individualism that sprang from the Renaissance, but which could be the possession of only an elite few in that age, has now become possible for the majority.”-WLC

This isn’t even good plagiarism; it is middle school level copy/paste-modify type plagiarism.

I can’t speak to the veracity of these plagiarism claims, but I can speak to the intellectual integrity of Craig himself based on my own personal experience.

In 2013, Craig was contacted by a Christian follower who had been reading my book Disproving Christianity and having doubts as a result. The individual wanted to know what they should do in order to dispel the questions now in their mind, and Craig responded by saying they should they should simply “Quit reading the infidel material.”

Again, I don’t know if Craig is a plagiarizer, but I do know that his intellectual integrity is likely not up to par if he’s encouraging young fans to simply ignore any material that disagrees with their existing biases. Regardless, I think this issue needs to be investigated.

If you have any insight into this matter, or just want to ask me a question, I can be reached at David@DavidGMcAfee.com 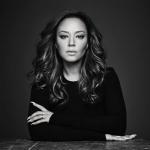 November 28, 2017
Church of Scientology Compares Actress Leah Remini to the KKK
Next Post 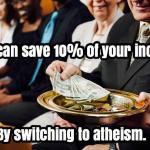 December 5, 2017 Religion Costs Believers More Than $2,100 Per Year on Average
Recent Comments
0 | Leave a Comment
"In talking about the 'secular revolution' which took place in the American academy during the ..."
Luke Breuer My Facebook Fan Page Has Been ..."
""""Cults will do everything in their power to convince you that they are not a ..."
Linda Miller Former Reality TV Star Now Leads ..."
"So, given that the vast majority of the accusations referred to in this article — ..."
Paul Co-Founder of Popular Atheist Facebook Group ..."
"which is true except when you become insane in which case a doctor should come"
samuel Sam Harris is Wrong: Religious Extremism ..."
Browse Our Archives
get the latest from
Nonreligious
Sign up for our newsletter
POPULAR AT PATHEOS Nonreligious
1