I Went “Squatching” with the Woman Suing California Over Existence of Bigfoot February 25, 2018 David Gee

I read recently that a woman and her family claimed to have seen several unidentified primate species (Bigfoot) just minutes from my house in Lake Arrowhead, California, so I decided to reach out to her and arrange a “Squatching” expedition.

Claudia Ackley didn’t just claim to see Bigfoot in my town—which is not traditionally associated with the controversial creature believed by mainstream scientists to be a myth—she’s actually suing the state of California for not acknowledging (and therefore not protecting) the species. The bipedal hominoid has been spotted by thousands of men and women across California, according to the lawsuit.

“In this petition, Petitioner leads a team of men and women who have dedicated their lives to the discovery and development of information regarding the Sasquatch. Like her, they know this man-like primate species currently resides in the forests of California. Together they bring to this Court overwhelming evidence that proves what will be considered one of the greatest discoveries of our time, and pray that Respondents will be ordered by this Court to accept and duly administer their legal responsibility to ‘manage’ this wildlife species,” the complaint states.

Claudia’s lawsuit came almost a year after she allegedly saw the creatures with her family, according to local reports.

Could Bigfoot be in Big Bear?

Crestline resident Claudia Ackley isn’t sure, but she is certain she and her daughters encountered three of the hirsute bipeds while hiking on a trail in Lake Arrowhead last March.

It was dusk, between 6:30 and 7 p.m., on March 27, to be exact. Ackley and her 11- and 14-year-old daughters were hiking the winding trail when Ackley’s daughters, several yards ahead, froze in their tracks, gazing wide-eyed at a large, shadowy figure braced in a pine tree. Ackley ran to her daughters to see what they were staring at.

Claudia is a very kind woman, and there’s no doubt in my mind that she believes in these creatures and wants what’s best for them. She is so sweet that she took my wife and me out to the exact spot where she says she saw several Bigfoot creatures, so we could see for ourselves.

She asked that I not publish the specific location of the reported sighting, for their protection, but I was able to follow her to the trail head and take pictures/record audio. We got there at around noon, so we had plenty of daylight, and we went into the forest to see their alleged habitat.

Claudia had brought several offerings to the Bigfoot population in Lake Arrowhead, including Cokes, apples, and a homemade educational book.

We walked less than a mile from the trail head when we got to the spot and saw a 50-foot tree where Claudia said the creature was perched. She pointed out oddly broken limbs, large animal tracks, and branches seemingly placed in forks in trees.

We walked around the supposed Bigfoot habitat for quite a while, and eventually stumbled upon some cabins and vacation homes. We knocked on doors and talked to one man named Rick, an outdoorsman and the owner of a camping expedition company, who said he hadn’t seen any Sasquatch (but he remained open-minded). He did point out that large black bears were frequently seen in those woods, but Claudia stated that what she saw was “orangutan orange.” It’s worth noting, however, that the black bear comes in more color variations than any other North American mammal.

In western states that have mountain meadows and open park-like forests, over half the black bears (Ursus americanus cinnamomum) are brown, cinnamon, or blond. Light colored fur reduces heat stress in open sunlight and allows the bears to feed longer in open, food-rich habitats. The lighter colored fur may also camouflage them from predators in those open areas. Ice Age predators undoubtedly used to kill black bears in open areas where the bears couldn’t escape up trees.

We talked to another local man, Mitch, who said he spends most of his time in that forested area and has not yet spotted Bigfoot. He also said that particular section of forest was known for its large and numerous black bear population, but Claudia rejected the notion that what she saw was a bear.

She said the creature was about 800 pounds, whereas black bears generally top out at about 600 pounds, and that the animal she saw had “big ears like human ears.”

Claudia contends that she has DNA evidence backing up her claims, and that the real proof will be seen in court. I look forward to seeing that case play out, and in the meantime I’ll let you decide: Bigfoot or black bear?

You can support my future investigations (and get some cool perks!) by contributing here: https://www.patreon.com/DavidGMcAfee 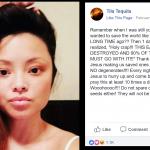 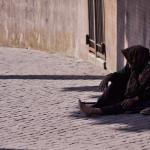 March 2, 2018 Police Said Elderly Woman Was Killed by Owners of “Christian Retirement Home”
Recent Comments
0 | Leave a Comment
"In talking about the 'secular revolution' which took place in the American academy during the ..."
Luke Breuer My Facebook Fan Page Has Been ..."
""""Cults will do everything in their power to convince you that they are not a ..."
Linda Miller Former Reality TV Star Now Leads ..."
"So, given that the vast majority of the accusations referred to in this article — ..."
Paul Co-Founder of Popular Atheist Facebook Group ..."
"which is true except when you become insane in which case a doctor should come"
samuel Sam Harris is Wrong: Religious Extremism ..."
Browse Our Archives
get the latest from
Nonreligious
Sign up for our newsletter
POPULAR AT PATHEOS Nonreligious
1