Book Review: “Mistakes Were Made” Is More Relevant Now Than Ever

I started reading Mistakes Were Made (But Not by Me) on our flight to Iceland last month, and I was stunned. It is so incredibly relevant to everything going on in the U.S. and around the world that I just had to write up a post about it.

Many of you skeptical veterans have probably read this book, but if you haven’t, I highly recommend it. When I started reading it on the plane, I couldn’t put it down. It was written almost a decade ago, yet every page seemed to hold relevance about our current problems in everything from healthcare to politics.

I won’t give too much away for those who haven’t read it, but Mistakes Were Made shows how we all justify bad decisions and fall into logical traps. It’s not just the most religious of us, or those of us who follow David “Avocado” Wolfe; it’s everyone – to an extent.

In the book, Tavris and Aronson use scientific research, famous examples, and humorous anecdotes to show how our brains are hardwired to justify our beliefs and actions, regardless of whether they’re right or not. They also show why that’s inherently dangerous:

“Self-justification is not the same thing as lying or making excuses. Obviously, people will lie or invent fanciful stories to duck the fury of a lover, parent, or employer; to keep from being sued or sent to prison; to avoid losing face; to avoid losing a job; to stay in power. But there is a big difference between what a guilty man says to the public to convince them of something he knows is untrue (“I did not have sex with that woman” ; “I am not a crook”), and the process of persuading himself that he did a good thing. In the former situation, he is lying and knows he is lying to save his own skin. In the latter, he is lying to himself. That is why self-justification is more powerful and more dangerous than the explicit lie. It allows people to convince themselves that what they did was the best thing they could have done.“

The authors go on to explain how memories, which we all know are fallible, aid in the process of self-justification. “If mistakes were made,” they write, “memory helps us remember that they were made by someone else.”

“At the simplest level, memory smoothes out the wrinkles of dissonance by enabling the confirmation bias to hum along, selectively causing us to forget discrepant, disconfirming information about beliefs we hold dear. For example, if we were perfectly rational beings, we would try to remember smart, sensible ideas and not bother taxing our minds remembering foolish ones. But dissonance theory predicts that we will conveniently forget good arguments made by an opponent just as we forget foolish arguments made by our own side.”

If you think you are above this type of thinking, I hope you’ll read the book, because you aren’t, and it helps to be aware of that. You can train yourself to minimize your self-justification, which many of us do, but you’ll never be able to outgrow it. It’s innate.

If you’ve read the book, feel free to share your review or favorite quotes in the comments.

If you haven’t, happy reading! 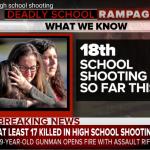 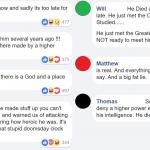 March 14, 2018 How NOT to React to the Passing of a Great Mind Like Stephen Hawking
Recent Comments
0 | Leave a Comment
"In talking about the 'secular revolution' which took place in the American academy during the ..."
Luke Breuer My Facebook Fan Page Has Been ..."
""""Cults will do everything in their power to convince you that they are not a ..."
Linda Miller Former Reality TV Star Now Leads ..."
"So, given that the vast majority of the accusations referred to in this article — ..."
Paul Co-Founder of Popular Atheist Facebook Group ..."
"which is true except when you become insane in which case a doctor should come"
samuel Sam Harris is Wrong: Religious Extremism ..."
Browse Our Archives
Related posts from No Sacred Cows