How NOT to React to the Passing of a Great Mind Like Stephen Hawking March 14, 2018 David Gee

I once saw Stephen Hawking at my alma mater, UC Santa Barbara, and my mind raced thinking of all his accomplishments and contributions to the scientific world. When I heard he passed away at 76 years old, I was at once amazed and saddened, but I still focused on what’s important: he will be remembered as a brilliant mind who transformed what we know about the natural world.

Still, other people decided to take another route. A quick stroll over to the official Facebook page for Fox News will show us the outlet’s report and the disturbing comments that followed.

One of the top commenters, Will, said Hawking “Died an Atheist……who is now a Believer but….too late.”

“He Died an Atheist……who is now a Believer but….too late. He just met the ONE who created the Universe Hawking Studied……

He just met the Greatest Intelligence in the Universe….and was NOT ready to meet him.”

Will wasn’t the only one. It seems the first reaction to Hawking’s passing was joy and delight for many fundamentalist Christians, who saw Hawking’s atheism as a threat to their own belief systems. Here are some of the other horrific comments I saw during a quick glance at the Fox News Facebook thread:

The comments don’t stop there, either. They ranged from “sadly its too late for him” to “Anyone who dose not believe humans where made by a higher being is NOT that intelligent.” One person even said Hawking was in “a place called Hell.”

These people are saying some of the most insensitive, messed up things I’ve ever seen – all because of a difference in beliefs. Hawking did science, which helped everyone on Earth, yet to them he is reduced to nothing but an amoral atheist. Looking through their lenses of rigid dogma, they are only able to attack and defame. It’s sad, really.

If you want a lesson in how not to handle the death of an intellectual who helped society, but happened to disagree with you, then look no further. Just do what these people did, and you’ll be doing the exact wrong thing.

Professor Hawking, thank you very much for all the hard work you put into your studies. You contributed more in a lifetime than many of us could ever dream, and for that some of us are eternally grateful. If you are one of the grateful ones, feel free to share your favorite quote or story about Hawking in the comments. 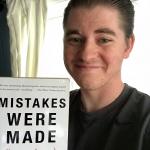 March 10, 2018
Book Review: “Mistakes Were Made” Is More Relevant Now Than Ever
Next Post 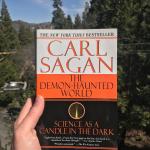 March 24, 2018 Book Review: This is STILL a Demon-Haunted World
Recent Comments
0 | Leave a Comment
Browse Our Archives
get the latest from
Nonreligious
Sign up for our newsletter
POPULAR AT PATHEOS Nonreligious
1

Joe Rogan 'Ivermectin Is The Red...
Laughing in Disbelief
Books by This Author Books by David G. McAfee