David “Avocado” Wolfe, the Nutribullet spokesman who says chocolate is an “octave of the sun,” has revealed yet another of his radical nonsense beliefs: he’s a fundamentalist Christian who believes in the inerrancy of the Bible, including the Old Testament.

Previously, Wolfe has been quiet about his personal religious beliefs. His bio doesn’t mention religion at all, and a post on his site seems to suggest that spirituality is more important to him than adherence to a strict religious doctrine.

Wolfe hasn’t been vocal about his faith in the past, but last week he posted something from the Bible, and implied that eating pork is bad for you because Leviticus says so. He doesn’t mention, however, that Leviticus also calls homosexual relationships “an abomination.”

In the self-credited Facebook post, Wolfe cites Leviticus as if it should be followed to the letter, perhaps forgetting that that book also condemns homosexuality and describes how to buy and sell slaves. Most modern Christians would also argue that Jesus “fulfilled” the Old Testament, reducing its reliability.

Wolfe’s initial Old Testament pork post wasn’t a one-off event, either. Just two days later, Wolfe posted another one. In the more recent of Wolfe’s graphics, he asks, “Why can Christians eat bacon now, when the old Testament says no?”

And then he posted another one:

In all four posts, Wolfe left the same comment (aka sales pitch) promoting his newest healthcare scheme. In it, he hints that the Bible holds cures to “chronic diseases.”

Does The Bible contain Health Information that Can Help Prevent & Beat Chronic Disease including Cancer and Alzheimer’s?

Let’s unite to Share the life saving Health Secrets found in the world’s most influential Book.

It’s possible that Wolfe isn’t actually a Christian, and that this is just another of his many false or misleading statements, but it’s clear that’s what he’s pushing now, nonetheless. Maybe he had a true reawakening in his faith, but it seems more likely he just figured out an easier way to make money. Who better to fleece than a flock of self-professed sheep?

I couldn’t possibly know what’s going on in his head. But if I had to guess, I’d say Wolfe, a businessman who has been having trouble with a public relations nightmare since receiving too many negative reviews on his Facebook page, is just seizing an opportunity. We will see if his claim to adhere to the Old Testament stands the test of time. 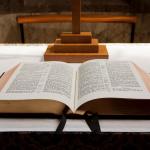 April 24, 2018
Christians Outraged After GQ Says Bible is “Foolish" and Recommends The Notebook
Next Post 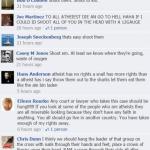 April 30, 2018 That Time a Bunch of Christians Threatened Atheists with Death (And Worse)
Recent Comments
0 | Leave a Comment
Browse Our Archives
Follow Us!