Science Explains Why Some Hear “Yanny” While Others Hear “Laurel” (It’s Laurel) May 16, 2018 David Gee

This audio clip came to my attention yesterday, and I was determined to find out what I heard “yanny” while others heard “laurel.” It doesn’t seem like those words could be confused for one another, but that’s exactly what’s happening. And science tells us why.

What do you hear?! Yanny or Laurel pic.twitter.com/jvHhCbMc8I

For the record, I have only been able to hear “yanny” when I listen to this viral audio clip. But after reviewing scientific data from several experts, I’m convinced that the original recording says “laurel” and that it has been intentionally distorted by someone to create ambiguity.

Here’s what one expert has to say:

“Part of it involves the recording,” said Brad Story, Professor of Speech, Language and Hearing at The University of Arizona. “It’s not a very high quality. And that in itself allows there to be some ambiguity already.”

Then, he said, you have to take into account the different ways people are listening to this — through mobile phones, headphones, tablets, etc.

That aside, Story ran an acoustic analysis on the viral recording of the computerized voice. He also recorded himself saying “Yanny” and “Laurel,” for comparison.

“When I analyzed the recording of Laurel, that third resonance is very high for the L. It drops for the R and then it rises again for the L,” he said. “The interesting thing about the word Yanny is that the second frequency that our vocal track produces follows almost the same path, in terms of what it looks like spectrographically, as Laurel.”

Popular Science did the leg work and interviewed additional experts, who generally agreed with Story.

Britt Yazel, a researcher at the UC Davis Center for Mind and Brain, agrees. “I honestly think after looking at the spectrograms and playing with some filters that this is just the word “Laurel” with some high frequency artifacts overlaying it,” he says. At first he thought it was two overlaid voices, but then he started cleaning up the audio a bit. Now he thinks that the overlaid frequencies above 4.5 kHz are what sound like “yanny” to some people.

PopSci further explains that the reduced quality of the recording allows our brains to be tricked into hearing “yanny” because it follows similar pathways.

So why can’t we all hear “laurel”? “The low quality recording creates enough ambiguity in the acoustic feature that some listeners may be led toward the ‘yanny’ perception,” Story explains.

That lines up with what Nina Kraus, a researcher at Northwestern University who studies auditory biology, told PopSci. “The way you hear sound is influenced by your life in sound,” she explains. What you expect to hear is, to a large extent, what your brain will hear—and what your brain hears is all that matters.

So, the original recording probably says “laurel” but science explains why so many of us (including myself) hear “yanny” instead. Do you feel better now? 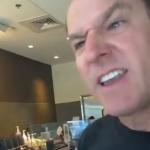 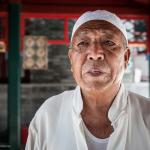 May 17, 2018 China Is Using Horrifying "Internment Camps" to Brainwash Countless Muslims
Recent Comments
0 | Leave a Comment
"In talking about the 'secular revolution' which took place in the American academy during the ..."
Luke Breuer My Facebook Fan Page Has Been ..."
""""Cults will do everything in their power to convince you that they are not a ..."
Linda Miller Former Reality TV Star Now Leads ..."
"So, given that the vast majority of the accusations referred to in this article — ..."
Paul Co-Founder of Popular Atheist Facebook Group ..."
"which is true except when you become insane in which case a doctor should come"
samuel Sam Harris is Wrong: Religious Extremism ..."
Browse Our Archives
get the latest from
Nonreligious
Sign up for our newsletter
POPULAR AT PATHEOS Nonreligious
1