An ex-pastor in Northern California is facing up to 120 years in prison after being found guilty of raping his adopted daughters for many years before attempting to kill them.

A jury convicted Raul Diaz Moreno, the former head of Victory Outreach church in Merced, Calif., on all 14 charges in connection with the case. He was found guilty of 14 criminal charges, including multiple counts of attempted murder, assault, and sodomy by force, according to local reports.

During the month-long trial, prosecutors Scott Drexel and Katie Gates described a life of abandonment and abuse that victimized the young sisters from an early age. Taken in by Diaz Moreno after they essentially were abandoned by their mother early on, the sisters were sexually abused beginning as early as kindergarten, according to prosecutors.

Violence erupted outside the home in 2016 when the older sister, who had moved out months earlier, returned to the home to take her younger sister away, prosecutors said. Diaz Moreno tried to prevent the youngest sister from leaving with the older sister and that sister’s boyfriend.

“They stayed silent for so many years because they were afraid they’d lose everything,” Drexel said. “He threatened to kill himself and to kill them if they ever told anybody.”

I’m not often surprised by cases involving child sex abuse by clergymen, but this is one of the saddest things I’ve ever heard. This pastor took these vulnerable children and groomed them for sex through violence and manipulation, all while maintaining the illusion that he was a man of God following a divine moral compass.

Of course, Moreno has denied his guilt and even blamed the victims. His attorney claims there was no hard evidence, despite the fact that Moreno shot one of his daughters in the head, the other in the leg, and a third party who was trying to help them.

Diaz Moreno’s attorney, Kathy Lynn Trosclair, sees the case much differently. Trosclair on Friday blasted the verdict, describing it as a “total miscarriage of justice.”

“There was not a single shred of supporting evidence,” Trosclair said of the sexual assault charges. “These alleged victims gave so many contradictory accounts of what happened. They even contradicted each other several times during their testimony.”

Trosclair declined to provide specific examples of conflicting testimony, saying she didn’t want to disclose details ahead of her client’s appeal of the verdict, which she said already is planned. She also indicated Diaz Moreno may seek a motion for a new trial.

This guilty verdict is good news, and the victims are celebrating, but it’s important to see that we aren’t out of the woods yet. Moreno is appealing, and he may be seeking a new trial, so justice isn’t finished yet. As it stands, however, he faces up to 120 years or life in prison when he is sentenced next month. 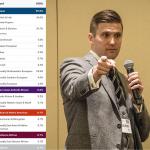 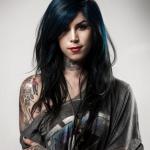 June 10, 2018 Tattoo Artist and Anti-Vaxx Icon Kat Von D's Alleged History of Antisemitism
Recent Comments
0 | Leave a Comment
"In talking about the 'secular revolution' which took place in the American academy during the ..."
Luke Breuer My Facebook Fan Page Has Been ..."
""""Cults will do everything in their power to convince you that they are not a ..."
Linda Miller Former Reality TV Star Now Leads ..."
"So, given that the vast majority of the accusations referred to in this article — ..."
Paul Co-Founder of Popular Atheist Facebook Group ..."
"which is true except when you become insane in which case a doctor should come"
samuel Sam Harris is Wrong: Religious Extremism ..."
Browse Our Archives
Related posts from No Sacred Cows