In an era in which it seems most Christians are using their religion to take rights away from those in the LGBTQ community, it’s nice to see a believer step up to the plate and use his religion for good.

In the case of former U.S. President Jimmy Carter, it’s hardly the first time he’s pushing for progressive values in the name of his faith. The man who walked away from the Southern Baptists nearly two decades ago said in a 2015 interview for HuffPost Live that he thinks Jesus would “approve of gay marriage.”

“I think Jesus would encourage any love affair if it was honest and sincere and was not damaging to anyone else and I don’t see that gay marriage damages anyone else,” Carter, who describes himself as a born-again Christian, told HuffPost Live.

Carter added, however, that churches that disagree with same-sex marriage should not have to perform them.

News sites like the Hill and Washington Times are reporting on this Carter interview as if it happened last Sunday, when it was in fact several years ago, but the issues are still relevant today (perhaps even more so than in 2015).

Carter admitted that he couldn’t point to a chapter or verse to back up what Jesus would do, since He never mentioned homosexuality or same-sex marriage, but using Christianity to elevate vulnerable people and say they’re deserving of equal rights is a nice change of pace from what we’re used to.

He also hit the nail on the head when he mentioned damage to others, because people should be able to choose a partner, with the same legal rights afforded to others, without politics or bigotry getting in the way. Nobody’s same-sex marriage hurts someone else’s opposite-sex marriage. That’s evident now, years after Obergefell, more than ever.

Carter is also right to say churches shouldn’t be forced to perform ceremonies with which they disagree. No one has asked them to. No one wants them to. They’re welcome to be bigots in their own personal space.

It’s too bad Carter couldn’t extend the same courtesy and thoughtfulness when it came to abortion rights.

Carter also said he has “had a problem with abortion” because he doesn’t believe Jesus would approve of most abortions.

“I have a hard time believing that Jesus would approve abortions unless it was because of rape or incest or if the mother’s life was in danger. So I’ve had that struggle,” Carter said. “I’ve had that struggle, but my oath of office was to obey the Constitution and the laws of this country as interpreted as the Supreme Court, so I went along with that.”

Carter was president from 1977-1981, after the Supreme Court had legalized abortion in the landmark case Roe v. Wade.

So he’s personally opposed to abortion because of his faith while admitting there’s benefit to it in certain situations. Women can be forced to give birth in the name of Jesus, but at least God wouldn’t get in the way of two men getting married. Good luck reconciling those views.

In any case, Carter never felt the government should be run according to his religious beliefs. He respected the Constitution and our system of laws. If only other politicians would follow his lead. 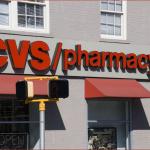 July 9, 2018
CVS Sued for Fraud Over Sale of Useless Homeopathic “Medicine”
Next Post 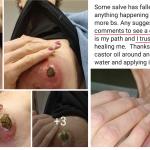 July 14, 2018 Woman Dies After Trusting "Black Salve" Fake Cancer Cure Over Real Medicine
Recent Comments
0 | Leave a Comment
"In talking about the 'secular revolution' which took place in the American academy during the ..."
Luke Breuer My Facebook Fan Page Has Been ..."
""""Cults will do everything in their power to convince you that they are not a ..."
Linda Miller Former Reality TV Star Now Leads ..."
"So, given that the vast majority of the accusations referred to in this article — ..."
Paul Co-Founder of Popular Atheist Facebook Group ..."
"which is true except when you become insane in which case a doctor should come"
samuel Sam Harris is Wrong: Religious Extremism ..."
Browse Our Archives
Related posts from No Sacred Cows