Thousands of people from around the world are gathering in a closed Facebook group to bond over the fact that they are endangering the lives of their pets by using a deadly and false cancer “cure” known as black salve. ­They call it B.S., without even a hint of irony.

Earlier this month, I reported on the death of a woman by the name of Theresa who had turned to alternative “treatments” for her breast cancer and shared her story in a separate closed Facebook group called “BLACK SALVE RESEARCH GROUP.” She died after trusting God and “black salve,” a corrosive paste made from bloodroot, over her doctors.

After that article went viral, I heard about another group created by the same people. In this group, people were talking about applying “black salve” to their dogs, cats, and even horses, sometimes causing death.

The name of this group is, “BLACK SALVE PET RESEARCH,” and it has heightened security. That’s because they don’t want you to know they are exposing their pets to a fatal substance against their will.

That being said, a friend of mine was able to get some screenshots from within the belly of the beast. These are graphic images and stories, so there’s your warning.

Let’s start out with Cat, who moderates the pet torture group and has a dog who has cancer. Her dog, Bailey, was reportedly diagnosed in October last year.

Cat began the dangerous process pretty quickly, because on April 11 she was reporting that they were on month six of the “black salve oral treatment” for Bailey’s “nasal cancer.” There was already some concern, as the spot was “gradually ballooning and rupturing off and on for about two months.”

“I know it takes time, so hopefully it’s doing its thing,” Cat wrote in the closed group.

Cat was informed by one of the admins of the group, Teri, that it is just “scar tissue.” She also congratulated the worried worried owner.

The day after those photos were posted, Cat provided a close-up of Bailey, explaining the worsening condition. Unfortunately, Teri again encouraged her to “keep up the bloodroot” (called black salve).

Jumping a month ahead in time to May 27, we see Bailey has been ravaged by necrosis caused by the dangerous and fake “cure.” Cat admits she is in “full panic mode” and asks if she should let a vet operate. You can guess what the admins told her.

Teri, yet again coming to the “rescue” to help Cat abuse and potentially kill her dog, told Cat to “chill.”

Someone in the group noticed Cat’s situation, and decided to speak up by recommending a vet. The woman was immediately banned from the group.

By June 6, Cat said the tumor on Bailey’s nose was going through “phases.” It “swells, busts open… and either oozes out chunks or tons of fluid,” she told the group. A month later, it was clear the damage was worse than ever, yet Teri and another admin encouraged Cat further.

It appears as though Bailey is still alive, but she’s definitely not improving. And other pets haven’t been so lucky. There’s a woman who owned a chihuahua she treated with black salve, but the dog recently passed away.

Liz reported in January 2017 that she had been using black salve products on an “external tumor” on her dog, and that it was “releasing lots of pus.” She said that in response to someone who was concerned about their results.

Liz explained in a later post that she was giving “bloodshot caps” to her 15-pound chihuahua, and that the dog “hates the taste.” The dog “would rather starve” than eat her food with the poison in it (I wonder why), she added.

Less than two months after that post, Liz’s dog had passed away. She said she would be leaving the group, but there was no hint as to whether she believed the black salve contributed to the dog’s death.

It’s not just dogs that are victims of this horrific, false “treatment.” People are applying it to their cats and horses, and everything in between, with disastrous (and fatal) consequences.

Black salve and its relatives have been proven to be dangerous, and have taken the lives of animals and (as we saw last week) people, so I only hope we can end this trend before it gets even further out of control. This group is especially bad because at least two women seem to be making lots of money off these deaths, but there are others, too.

I am doing my best to uncover the activities in these underground alternative “health” communities (where I’m almost certain cross the boundaries into criminal behavior), but there seems to be a never-ending stream of them and I need some help. If you want to support my writing and ongoing investigations, and get some perks along the way, you can contribute here: https://www.patreon.com/DavidGMcAfee

PS) A special thank you to the Detox, AntiVax and Woo Insanity Facebook page, which first brought this horrifying issue to my attention. 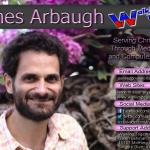 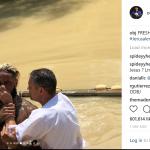 July 25, 2018 New York Giants Star Odell Beckham Jr. Gets Baptized Amid Prostitution Scandal
Recent Comments
0 | Leave a Comment
Browse Our Archives
get the latest from
Nonreligious
Sign up for our newsletter
POPULAR AT PATHEOS Nonreligious
1