Infectious Disease Researcher Explains How Chickenpox Vaccine Can Save Lives

A month ago I wrote a story about a previously health 11-month-old baby who suffered a stroke after getting the chickenpox, and it went viral (no pun intended).

The article was based on a case study in the Journal of Pediatrics, in which researchers stated there was a four-fold increased risk of stroke in children in the first six months after chickenpox and that vaccines are the answer.

In contrast, no increase in childhood stroke was reported after varicella vaccination. DeVeber et al noted a decrease in post-varicella arteriopathy after the widespread availability of vaccination in Canada…

Stroke can occur after primary or reactivated varicella.

For many, the entire event served as a reminder of the importance of the chickenpox vaccine. But others questioned why it would be necessary, since chickenpox is relatively mild for most children, and some even insisted the disease is a “healthy” rite of passage for kids.

I decided to talk to the main author of the study itself, infectious disease researcher Ann J. Melvin, MD, about these issues. She’s currently at Seattle Children’s Hospital, where she has been since 1993.

McAfee: Is the chickenpox vaccine generally considered effective? And what can you tell me about the risks of stroke associated with chickenpox?

Dr. Melvin: There have been many studies investigating the efficacy of the varicella vaccine.  Initially the recommendation was for only one dose of the vaccine – with one dose the efficacy was shown to be about 65-80% (depending on the study) for preventing any varicella infection and more than 99% for preventing severe infection.  However, because there were still cases of breakthrough infection, the recommendation was changed to two doses of vaccine.  The efficacy of two doses of varicella vaccine in preventing any varicella infection is above 90% and close to 100% for prevention of severe disease. In children and adolescents less than 20 years of age, varicella deaths declined by 99% during 2008 to 2011 (after implementation of the 2-dose varicella vaccine recommendation) as compared with 1990 to 1994 (pre-vaccine). https://www.cdc.gov/chickenpox/surveillance/monitoring-varicella.html

As stroke is uncommon in childhood and varicella is only one potential cause for stroke, the actual number of children affected is small.  However, it has been estimated that varicella associated stroke accounts for up to one-third of ischemic strokes in children.

McAfee: Most people think chickenpox is always harmless, so that the vaccine is basically not needed. What are your thoughts on that?

Dr. Melvin: For most people chicken pox is an annoying but not serious illness, however this is not always the case. In the early 1990s, prior to the availability of varicella vaccine, an average of 4 million people got varicella, 10,500 to 13,000 were hospitalized (range, 8,000 to 18,000), and 100 to 150 died each year. https://www.cdc.gov/chickenpox/surveillance/monitoring-varicella.html

The neurologic complications include encephalitis (inflammation of the brain), acute cerebellar ataxia, stroke, meningitis, seizures and Guillain Barre.  While these complications are also uncommon, they are serious and can lead to permanent damage.

McAfee: Kids under a year typically can’t get the chickenpox vaccine, if I’m not mistaken. Have you ever dealt with any cases in which a baby like that contracted chickenpox from someone who actually was vaccinated?

Dr. Melvin: Rarely (1-3%), vaccinated children may develop varicella after being exposed to wild-type varicella.  Usually these infections are mild.  If a vaccinated child develops varicella they will be infectious particularly if they develop a large number of lesions.  Generally children with breakthrough infection after vaccination are about half as contagious as unvaccinated children with infection.  So, while it would be possible for an infant to get chicken pox from someone who has break-through infection after vaccination, vaccinating the infant’s siblings is the best way to protect an infant from varicella.

McAfee: Is vaccinating others in the household considered an effective way to protect babies from contracting chickenpox and risking stroke?

Dr. Melvin: The varicella vaccination program has resulted in benefit to infants even though they don’t get the vaccine. After the initiation of routine varicella vaccine in childhood, there has been a 90% decrease in the incidence of varicella in infants.  Vaccinating older siblings can protect infants since varicella is very contagious – over 90% of non-immune siblings will get chicken pox if another child in the house has chicken pox.

McAfee: Is there a “healthy age” to get chickenpox?

Dr. Melvin: There is no good age to get varicella, however the disease is more serious in adolescents and adults, in people with compromised immune systems and those with chronic skin or lung problems.

McAfee: Is there anything else you’d like to add about this?

Dr. Melvin: Fortunately, for most children chicken pox is not a serious illness, however for some it can cause devastating consequences even death.  The best way to protect children from these consequences is to give them the varicella vaccine according to the recommended schedule.

I hope you learned something from this discussion! I know I did. 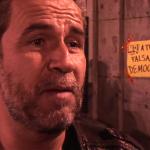 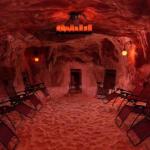 October 5, 2018 Pseudoscientific "Himalayan" Salt Therapy Cave Opens in... Illinois
Recent Comments
0 | Leave a Comment
"In talking about the 'secular revolution' which took place in the American academy during the ..."
Luke Breuer My Facebook Fan Page Has Been ..."
""""Cults will do everything in their power to convince you that they are not a ..."
Linda Miller Former Reality TV Star Now Leads ..."
"So, given that the vast majority of the accusations referred to in this article — ..."
Paul Co-Founder of Popular Atheist Facebook Group ..."
"which is true except when you become insane in which case a doctor should come"
samuel Sam Harris is Wrong: Religious Extremism ..."
Browse Our Archives
get the latest from
Nonreligious
Sign up for our newsletter
POPULAR AT PATHEOS Nonreligious
1