When you think of pink Himalayan salt and all its reported healing benefits, I bet the first place you think of is Illinois. It’s not? Then that’s about to change.

The place that should be on your mind is Pakistan, which is where pink Himalayan salt comes from. But one group in Springfield, IL, is now harnessing the power of little pink crystals that look cool but do nothing else.

Unique Enchantments Salon & Gift Shoppe announced the opening of its “therapy cave” filled with pink Himalayan salt in a live feed about a week ago. In the video, the owner said the salt is “good for everything – inside and out” but didn’t cite any specifics.

In a follow-up post just three days ago, the salon said the “potential benefits” of Himalayan salt included improvement of everything from asthma to depression to ADHD. Representatives carefully noted that the treatments were “Not FDA Approved.”

Despite being careful with the wording in the original post, the owner didn’t shy away from making false health claims in the comments.

To me, it looks like all this group has done is bring a bunch of woo-based salt product to Illinois and then dump it on the floor in a cave. This salt has never been proven to do anything table salt can’t, yet these people are charging $25 for 45 minutes of… sitting in a pink cave.

From the comments on the recent post, it’s clear that not everyone is on board.

Regardless of whether or not you try something like this, I hope you’ll consider looking at the data at hand. In this case, the scientific consensus is that this “therapy” is based solely on placebo. 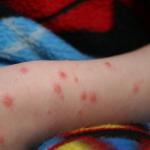 October 4, 2018
Infectious Disease Researcher Explains How Chickenpox Vaccine Can Save Lives
Next Post 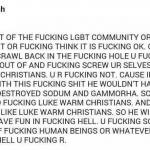 October 8, 2018 Why I Don’t Ban People on My Social Media Pages
Recent Comments
0 | Leave a Comment
"https://www.youtube.com/wat..."
Jojin Kang David Silverman Leaves Yet Another Atheist ..."
"Rebecca Vitsmun's lawsuit was just lost for failing to establish a pattern of harassment/assault. Stop ..."
Irukandji David Silverman Accused of “Creepy-Touching” After ..."
"What does Plato have to do with anything? He, like "Morgue" knew very little about ..."
se habla espol Former Reality TV Star Now Leads ..."
"By "we" I mean the lowly human, a reproduction of the superior complexity that is ..."
Candace Former Reality TV Star Now Leads ..."
Browse Our Archives
Follow Us!