The owner of an online boutique says she “took so much time” in deciding to call it “the Spunky Squaw” that she won’t change the name despite requests from Native Americans who say the title uses a slur.

Shop owner Brooke Adams has repeatedly defended her use of the word “squaw” for the store, which sells Native American and Western-themed clothing for women. The word has been used as an ethnic slur to demean the very same Native American women who are now speaking out.

The controversy led to the company’s Instagram account being temporarily hidden, according to the Dallas Observer’s report.

An Instagram boutique based in Stephenville caused a storm on social media last week over their name, “The Spunky Squaw,” which eventually led to the company’s Instagram account disappearing.

The word “squaw” is considered derogatory and has long been an ethnic slur used to demean American Indian women.

“It’s been used against us for generations,” says Emily Clairoux from the Algonquins of Pikwakanagan First Nation near Ottawa, Ontario. “It’s even been used on me right before a guy punched me in the face.”

Clairoux is one of the people behind a GoFundMe campaign that was raising money to make a legal complaint against The Spunky Squaw.

The store sells Western and native style clothes for women and came under fire over the weekend when indigenous people and groups began asking them to change their name. An iPetition campaign condemning the business garnered more than 8,000 signatures in just a few days.

The company’s Instagram is back up, without a name change, and Adams is still trying to explain away the racism within the name. She actually claims there is “no derogatory meaning in the word “squaw‘” despite the fact that a representative for the company uses the word in that way against numerous detractors.

“I have been targeted by a hate group because they are offended by the name of my boutique, The Spunky Squaw. When I came up with the name, I took so much time in making sure it was different, not trendy, and something I appreciated,” Adams said in her statement on Facebook. “There is absolutely no derogatory meaning in the word ‘squaw.’”

But in an Instagram post, Makayla Baker, who claims to be a representative of Adams’ company, used the slur in a hashtag, #YouDamnSquaw, against native women who were calling out the company.

Adams says she took “so much time” to make sure the name was something she liked, but it appears she spent no time considering how it could potentially make Native American women feel. And now she’s falsely claiming ignorance about the whole thing.

The “Spunky Squaw” drama has been ignored by most of the mainstream media, but it was picked up by ultra-conservative tabloid “The Blaze.” She told them that the name means, “a lively Native American woman.”

She said the name has a positive meaning to her and she’s received a lot of support from her customers.

“This is America,” Adams said. “We live in a country where we can decide what we believe.”

After the continued harassment, she has no intention of allowing a group of bullies to force her into renaming her business.

Adams doesn’t plan to change the name, but it doesn’t look like the protesters are going to halt their criticisms, either. This should be fun. 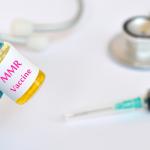 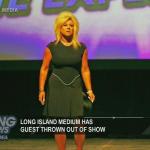 October 26, 2018 Theresa Caputo, "Psychic" Who Didn't See Divorce Coming, Flipped Off at Show
Recent Comments
0 | Leave a Comment
Browse Our Archives
get the latest from
Nonreligious
Sign up for our newsletter
POPULAR AT PATHEOS Nonreligious
1

“First Moments in Heaven” — When...
Godzooks: The Faith in Facts Blog
Books by This Author Books by David G. McAfee