Alex Jones Just “Came Out” as a Gay Frog, and It’s Amazing

This is 100% real. Alex Jones, who is known for spreading conspiracy theories without any supporting evidence (Pizzagate, anyone?), dressed up as a “gay frog” on his show.

Jones’ new persona, which was described on his Infowars site as him “coming out” as a gay frog, is meant to push yet another conspiracy theory that made him famous. According to Forbes, Jones’ theory posits that the government is using chemicals to turn people and frogs gay.

What do frogs and people have in common besides occasionally wearing top hats? As Jones has claimed, both are supposedly the victims of so-called “estrogen mimickers” being placed in juice boxes, water bottles, and tap water to “feminize” people. Writing for Salon, Alex Seitz-Wald quoted Jones as saying, “The reason there are so many gay people now is because it’s a chemical warfare operation. I have the government documents where they said they’re going to encourage homosexuality with chemicals so people don’t have children.” Jones has described tap water as a “gay bomb” and has said “I don’t like ’em putting chemicals in the water that TURN THE FREAKIN’ FROGS GAY! Do you understand that? I’m sick of being social engineered, it’s not funny!”

It’s pretty funny. And it became a meme. But now Jones is bringing that meme to life with a… very inspired impersonation of a gay frog. You can see it here:

“Look at me, I’m a gay frog! I’m so cool,” Jones said as he literally hopped into his position on the stage. “I’ll never have children and I’m sterilized, but the media says I’m totally cool. I’m a gay frog!“

“Thanks to Atrazine, there will be no more frogs, but we’re gay, so it’s cool,” Jones added.

This is a stunt unlike anything like we’ve seen from Jones, which may mean he’s even more desperate for views after his accounts were banned from most social media platforms. It may also just be the next evolution of Jones’ career, since he has admitted that his show is based on entertainment as opposed to solid facts. In fact, his lawyer actually called Jones a “performance artist.”

If this is performance art, it’s some of the worst I’ve ever seen… and that’s really saying something.

So, if you know anyone who needs to get away from controversial political discussions and bad news, feel free to show them Alex Jones dressed as a frog and jumping around. It’s actually pretty funny. 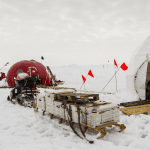 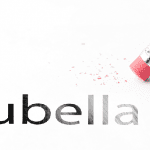 November 3, 2018 Rubella Has Been Officially Eliminated in Australia Thanks to Vaccines
Recent Comments
0 | Leave a Comment
"In talking about the 'secular revolution' which took place in the American academy during the ..."
Luke Breuer My Facebook Fan Page Has Been ..."
""""Cults will do everything in their power to convince you that they are not a ..."
Linda Miller Former Reality TV Star Now Leads ..."
"So, given that the vast majority of the accusations referred to in this article — ..."
Paul Co-Founder of Popular Atheist Facebook Group ..."
"which is true except when you become insane in which case a doctor should come"
samuel Sam Harris is Wrong: Religious Extremism ..."
Browse Our Archives
get the latest from
Nonreligious
Sign up for our newsletter
POPULAR AT PATHEOS Nonreligious
1