Christian Missionary Killed by Isolated Tribe When He Tried to Convert Them November 21, 2018 David Gee

A Christian missionary from Alabama was killed by an isolated and endangered tribe after he illegally traveled to their remote island in an attempt to convert the locals.

John Allen Chau, who unlawfully showed up to preach the “Good Word” to people on the secluded North Sentinel island in India, was shot by residents with arrows. His body was then left on the beach, presumably as a warning to outsiders.

Chau first travelled to India, and then took a detour to the prohibited Island for religious proselytization, according to CNN.

“We refuse to call him a tourist. Yes, he came on a tourist visa but he came with a specific purpose to preach on a prohibited island,” Pathak said.

Chau did not inform the police of his intentions to travel to the island to attempt to convert its inhabitants.

The island, North Sentinel Island, is inhabited by the Sentinelese people, who are protected under Indian law. Just more than a dozen people are officially thought to live on the remote island in the Andaman and Nicobar archipelago.

As counter-intuitive as it may be, Chau is not the real victim in this. He illegally travelled to a prohibited island with endangered tribespeople, risking the locals’ lives in the process. They were within their rights.

In fact, it’s well known that the Sentinelese people have always hostile toward outsiders. In 2006, two Indian fishermen were also killed while illegally travelling to the island. In the more recent case involving Chau, fishermen helped him gain access, according to the BBC’s report.

Seven fishermen have been arrested for illegally ferrying the American to the island, police say.

Local media have reported that Chau may have wanted to meet the tribe to preach Christianity to them.

“Police said Chau had previously visited North Sentinel island about four or five times with the help of local fishermen,” journalist Subir Bhaumik, who has been covering the islands for years, told BBC Hindi.

This story has been all over the media today, but a lot of outlets are playing down the fact that Chau was illegally trying to convert these people. He wasn’t an innocent tourist; he was breaking the law and endangering their already fragile existence… for Jesus. 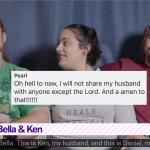 November 20, 2018
Watch These "Loving" Christians React to a Polyamorous Couple Existing
Next Post 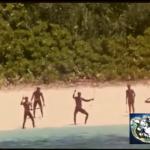 November 22, 2018 Christian Group Wants Native Tribe “Brought to Justice” for Death of Missionary
Recent Comments
0 | Leave a Comment
"In talking about the 'secular revolution' which took place in the American academy during the ..."
Luke Breuer My Facebook Fan Page Has Been ..."
""""Cults will do everything in their power to convince you that they are not a ..."
Linda Miller Former Reality TV Star Now Leads ..."
"So, given that the vast majority of the accusations referred to in this article — ..."
Paul Co-Founder of Popular Atheist Facebook Group ..."
"which is true except when you become insane in which case a doctor should come"
samuel Sam Harris is Wrong: Religious Extremism ..."
Browse Our Archives
get the latest from
Nonreligious
Sign up for our newsletter
POPULAR AT PATHEOS Nonreligious
1