In 2014, long before the general public was aware of allegations of sexual misconduct against Neil deGrasse Tyson, there was controversy over a speech he gave for the American Astronomical Association.

Tyson’s AAS presentation was met with thunderous applause by some, and with a slew of negative tweets by others. To say the talk had mixed reviews would be an understatement, according to some observers.

The speech also “raised eyebrows for containing comments that were seen as sexist and anti-gay,” according to one in-depth report from BuzzFeed News.

BuzzFeed’s report featured comments from those who were offended by the speech, but some see this as an overreaction. They say the AAS talk, which was titled “Tales from the Twitterverse, and Other Media Excursions,” featured examples of how people use social media and whether scientists could use it to educate the general public. In other words, they say Tyson was repeating jokes made by others to show the connection between science and pop-culture.

Not everyone saw the presentation that way. Some audience members thought his representations of others’ words were offensive in themselves. One of the slides from Tyson’s presentation, for instance, included a quote from a man who wrote on Twitter:

“I am the straightest guy you ever met, but if @neiltyson showed up at my door with a bottle of wine and a Barry White CD I’d let him in.”

There is no video recording available, but I did obtain the abstract for the talk:

“The public’s access to our field has historically occurred through traditional conduits of communication such as television documentaries, planetarium shows, and media reports. But in the past five years social media has arisen as a means of attracting people who would have never imagined they had an interest in the universe, or in science at all. The results are stunning and unexpected, with millions of people responding to various offerings of the universe made in these media. Twitter and Facebook lead the way, but other Internet social media have proven potent as well, including YouTube, Reddit, Google+, and, more broadly, the blogosphere. We give first-hand stories and accounts of forays on this landscape and offer suggestions on how such efforts may benefit the long-term health of modern astrophysics from having cultivated public support at its deepest levels.”

It’s interesting to note that outrage about the talk, which focused on the impacts of social media, mainly stemmed from comments on Twitter.

There were people who were offended by Tyson’s purported representation of “a woman’s breast being fondled by [his] stenciled hands” and posts that make fun of “various classes of people (from homosexuals to vegans),” according to an internal AAS communication I obtained. 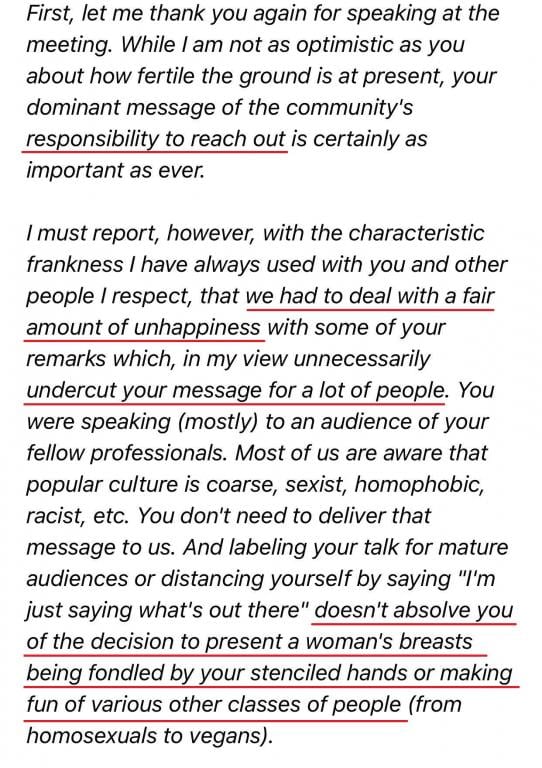 The author of the email sent to Tyson goes on to say that they weren’t “particularly offended,” but that “hundreds of members were” (a caveat was later added to that estimate). 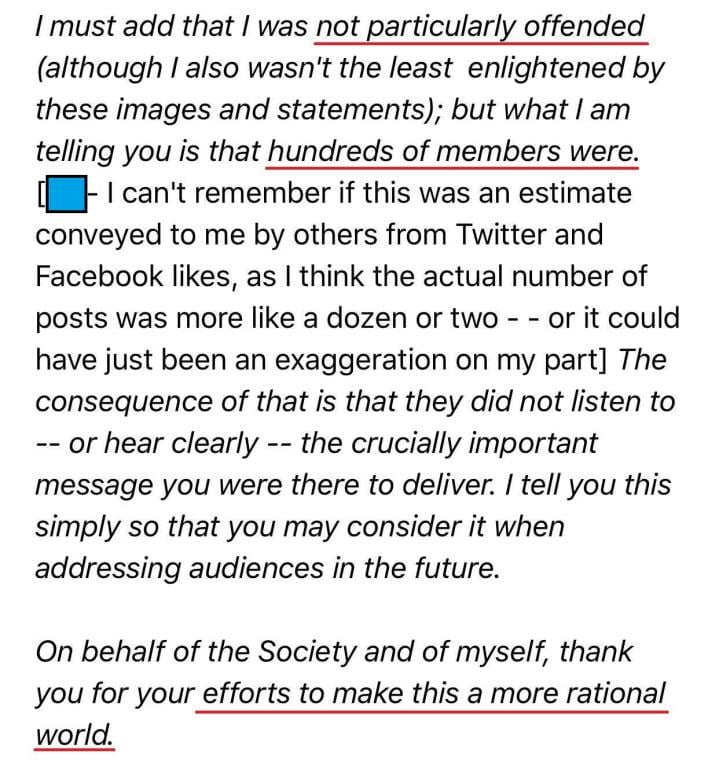 One of the members who posted complaints on social media was Dr. Erin Ryan, a Principal Investigator at the SETI Institute. She said the speech may have violated an AAS policy.

For those at #aas223 who might need a refresher on why the talk that just finished violates AAS Harrassment Policy: pic.twitter.com/GZXe77DFhf

AAS officials talked about problems people had with the presentation, but didn’t act, according to David J. Helfand, a professor of astronomy at Columbia University and then-president of the astronomy society. Helfand stressed that the talk began with a warning that it was “R-Rated,” and that he didn’t personally feel as though Tyson crossed a line.

Helfand, who was also chair of the astronomy department at Columbia during Tyson’s time there, confirmed that AAS officers discussed the complaints about the speech. One officer said “some of his slides were inappropriate – a vaguely homophobic retweet, a picture of a t-shirt on a woman with a stencil of Neil… I was annoyed by the constant self-aggrandizement of Neil.”

In Helfand’s response sent in his capacity as president to the AAS executive committee of the board, he says he doesn’t believe Tyson’s speech violated the society’s policy in a way that would warrant any immediate action.

While I agree some of Neil’s remarks were tasteless (or worse), it should be clear what our policy is and what it isn’t. It prohibits discrimination in any form in any of the Society’s activities, and it proscribes behaviors (and specifies consequences) if meeting attendees engage in harassing behavior with other attendees. However, it is not designed to censor speech, especially before that speech is made. We have in the past refused to allow people to speak at our meetings AFTER they have engaged in speech that is offensive to our members and inconsistent with our policies. We have not — and in my view, should not — require people to submit their remarks for censorship before hand (such would be inconsistent with the First Amendment and I cannot imagine such a policy having widespread support). We can, however, not invite people back after they have crossed a line. I will not burden you with my views on whether Neil did or did not cross that line, but I believe the only discussion relevant now is whether or not he is invited to address the Society in the future or not, as that is not likely to happen for a long time, it seems to me not an urgent matter.

No action was ever taken by AAS, according to Helfand. Despite the fact that AAS leadership discussed potential discipline, a representative for AAS said a formal complaint wasn’t filed under the group’s “stated procedure.” The AAS code of ethics, which also includes information about reporting and disciplining, is here.

If you have questions or comments on this issue, I can be reached at Davidgeecontact@gmail.com. 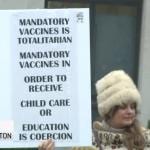 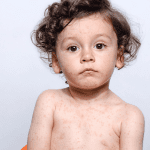 15th-century Peruvian child massacre a horrible indictment of...
If you're a believer who wonders why nonbelievers are so wary of...
view all Nonreligious blogs
What Are Your Thoughts?leave a comment
Copyright 2008-2020, Patheos. All rights reserved.