Here’s How the “Twelve Tribes” Cult Recruits and Retains Members

GUEST POST By Sinasta J. Colucci, author, Better Than a Turkish Prison: What I Learned from Life in a Religious Cult

I was a member of the “Twelve Tribes” cult for almost 8 years. This may seem like a long time for some people, especially considering the lack of personal freedom, but given the cult’s minimum service requirement of eternity (for baptized members), I’d say I got off easy.

Typically, the first question people ask me regarding my time in the cult is why I joined. Most people understand once I explain to them just how needy I was as a young man living in Detroit, suffering with sickle cell anemia, and unable to maintain a job for longer than a year. Even for the most rational among us, living on a farm in Missouri and having all your basic needs met sounds like a much better option than freezing or starving to death in Detroit. But why stay for almost 8 years? And why make a covenant to stay for eternity when the 12 Tribes will let you stay there as a guest as long as you want? This is where it gets deeper, and where the group’s highly effective recruitment and retention tactics come into play – tactics that should sound familiar to a lot of people.

Most of us are decent, well-intentioned people (no really, it’s true). Most people you will encounter actually do mean well. And when well-meaning people believe they have done wrong, they feel an urge to make things right. Try to conceal your wrongdoings and you will feel the weight of shame upon you, but if you confess your wrongdoings, you will feel the weight of your shame lifted off of you. Sound familiar? It should. This is a good quality that the majority of people possess. One that is exploited heavily by major religious institutions and cults alike. They will make you feel guilty, whether you have done wrong or not. The key to this tactic is that you have to convince your victim to the point that they truly believe that they have done wrong. If they haven’t intentionally harmed anyone and you can’t make them feel guilty any other way, you pull out the old, “Have you ever had lustful thoughts?” question, and then of course, if they’re human, and they’re being honest, the answer is, “Yes.”

That tactic alone probably wouldn’t have done much to convince me. The question would still loom in my mind: “Why the 12 Tribes? What makes them so special?”

But they had that question covered too.

Groups like the 12 Tribes love to implore you to “focus on the positive” and overlook the group’s many flaws. But the trick here, for them, is to do the exact opposite. While your attention is directed towards all the good qualities of the group: “Look! We all love each other! We live together! We all agree! Only the Holy Spirit could create the abundant life we have here!” Meanwhile, in order to divert your criticism away from the group, hopefully distracting you enough so that you won’t notice all their glaringly obvious faults, they will criticize other groups. It may sound funny, but the 12 Tribes’ main target is Christianity. They love to point out all the hypocrisy within mainstream Christianity, which is something that is easy to do, but the 12 Tribes themselves are a biblically-based cult, using the same holy book that mainstream Christians use (and many of the same recruiting tactics).

Focusing on the negative is the key to this tactic. The cult simply has to point out all the faults of other, very similar groups, and then say, “Look! See how we do it so much better? That’s the Holy Spirit at work!” And then they will look so much better by comparison, even to the point that they may give the appearance of being the absolute Truth with a capital T, the kingdom of God on Earth.

Of course, a cult would cease being a cult if criticism of the group or the group’s leaders were allowed. Enable your critical thinking faculties, and you’ll quickly realize that they are not, as they claim, “the kingdom of God.”

That’s what thinking critically will do to a person.

That’s why the cult needs to redirect the blame to you, the accuser, every time you attempt to point out one of their glaringly obvious faults. “You’re being deceived by the evil one. You have an evil spirit that is putting these critical thoughts in your head. You were thinking about sex again, right?”

“I thought so. That’s how the evil one gets in, you know. It’s those lustful thoughts.”

These are some of the tactics employed by the 12 Tribes and others, but that alone wouldn’t have made me stay for so long. There’s also the old, “We need you!” trick, the “Please don’t go! We’re concerned for your soul!” trick, and of course, the promise of eternal life as a reward for continued faithfulness and the threat of eternal torment as a punishment for leaving. But not even that could convince me. For the more complete story, please read my book! 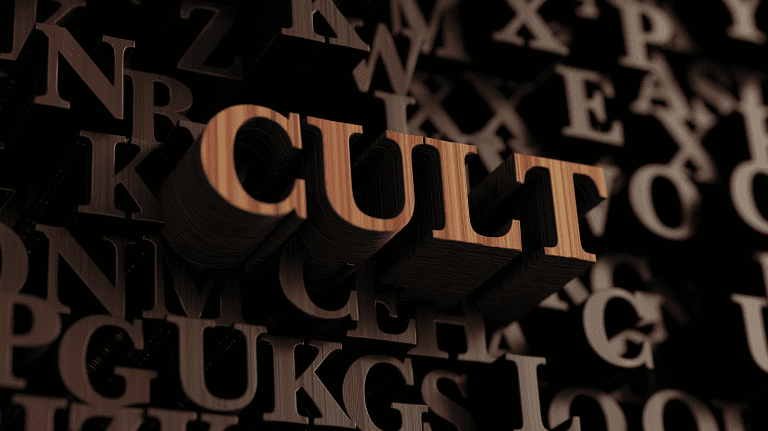 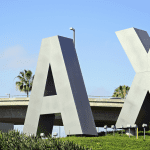 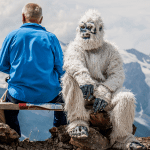 May 3, 2019 Indian Army Claims it Found “Yeti” Footprints, But Experts Say It's a Black Bear
Recent Comments
0 | Leave a Comment
"In talking about the 'secular revolution' which took place in the American academy during the ..."
Luke Breuer My Facebook Fan Page Has Been ..."
""""Cults will do everything in their power to convince you that they are not a ..."
Linda Miller Former Reality TV Star Now Leads ..."
"So, given that the vast majority of the accusations referred to in this article — ..."
Paul Co-Founder of Popular Atheist Facebook Group ..."
"which is true except when you become insane in which case a doctor should come"
samuel Sam Harris is Wrong: Religious Extremism ..."
Browse Our Archives
Related posts from No Sacred Cows