A Christian street preacher who lives in the Netherlands and works with young children has continued to operate on Facebook despite repeated posts defending and encouraging child sex abuse. I need your help to stop him.

Johan Emmanuel Paulsson, a European evangelist, has continually posted on social media that it’s completely acceptable to marry and have sex with “young women” between 12 and 17 years old. He also works as a childcare worker and teacher, according to his profile on LinkedIn.

I talked to Paulsson via Facebook, and he denied sexually assaulting any children but admitted seeing “young women as 12+” years old. 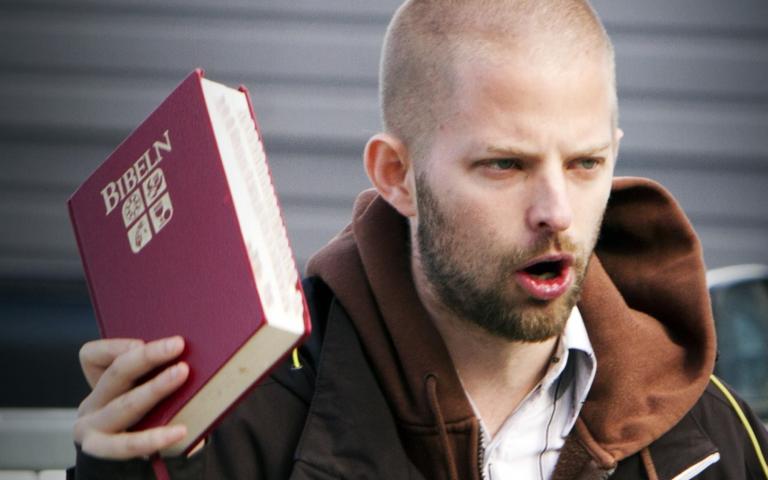 Paulsson has posted several disturbing things on Facebook, some in English and some in his own native language, although many have been removed: 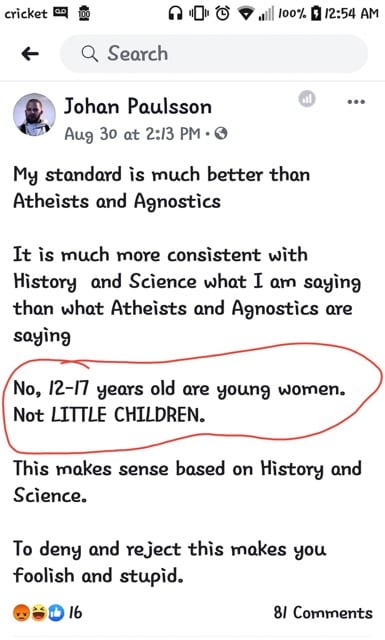 Paulsson, who chooses atheists, agnostics, and feminists as his targets on Facebook, goes on to support his earlier claims several days later.

Paulsson’s posts were filled with negative comments from reasonable people who decided to call him out, but he was allowed to continue making them for days. After several reports on his content, Paulsson appears to have received a temporary ban on that account.

However, Paulsson has continued to operate under a pseudonym account that you can find here. He posts similar content there.

It’s not clear if there are any police investigating Paulsson, although one Swedish resident did contact her local police (itbrott.desk.noa@polisen.se). Other citizens have likewise tried to get the authorities involved. 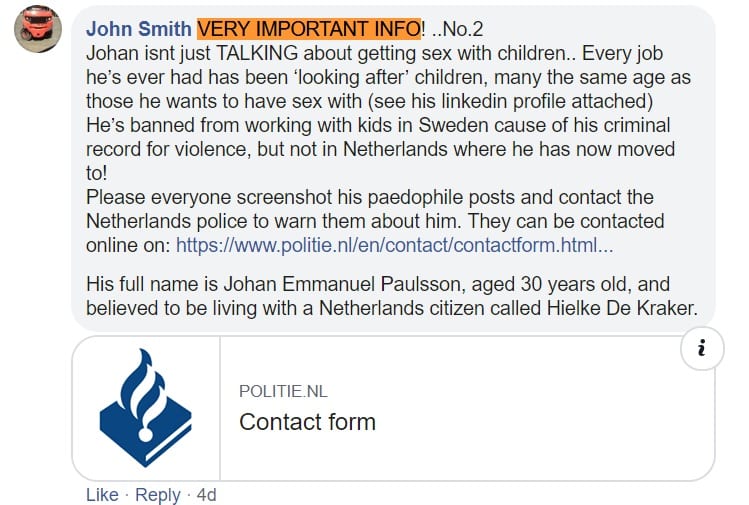 Here’s the contact link John shared in the comment above. If you have a few minutes, I hope you’ll take that time to report him to Facebook and local authorities. Anything else you can come up with, such as reports on other social media, are also welcome. This can’t continue.

You can help me on my mission to expose bad people by contributing to my Patreon: https://www.patreon.com/DavidGMcAfee 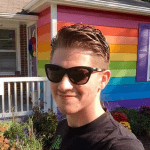 August 30, 2019
Help Me Expose Bad People, and Get Some Free Stuff
Next Post 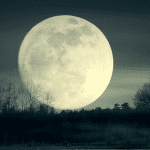 September 9, 2019 This Friday the 13th Falls on a Full Moon, and People Are Freaking Out
Recent Comments
0 | Leave a Comment
"In talking about the 'secular revolution' which took place in the American academy during the ..."
Luke Breuer My Facebook Fan Page Has Been ..."
""""Cults will do everything in their power to convince you that they are not a ..."
Linda Miller Former Reality TV Star Now Leads ..."
"So, given that the vast majority of the accusations referred to in this article — ..."
Paul Co-Founder of Popular Atheist Facebook Group ..."
"which is true except when you become insane in which case a doctor should come"
samuel Sam Harris is Wrong: Religious Extremism ..."
Browse Our Archives
Related posts from No Sacred Cows