The co-founder of a popular atheist Facebook group is accused by several women of using his position to coerce and manipulate them for sexual purposes. 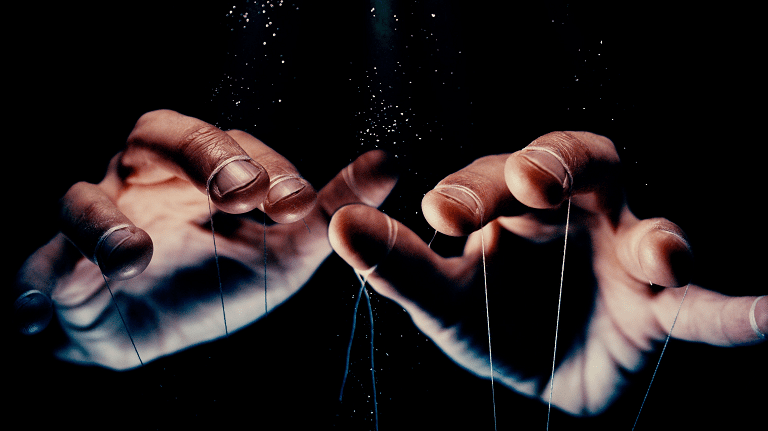 Paul Herbert Dunkley, known by his online alias Paul Stickman, is the co-founder of the 4,000-member Godless Maniacs, an offshoot of We Fucking Love Atheism. I actually spoke with Stickman last year, when I covered the Facebook page’s closure and eventual return from the dead.

On Oct. 4, I received a mass message claiming that Stickman had been “systematically abusing his position of power and respect to groom, deceive, and emotionally abuse vulnerable femme-presenting” people within the atheist community.

“Until recently, he has been able to prevent his victims from communicating with each other through classic manipulation tactics of triangulation, but several of them recently broke through his deception and started comparing notes,” said the message, written and organized by a group of “over 60 people who are aware of” the claims.

The letter included several specific allegations, but none of them related to physical abuse or sexual assault. Instead, the claims focused on manipulative behaviors online, including grooming behavior and gaslighting. They also alleged that Paul had misrepresented the relationship with his fiancée as “open” and used that as leverage to stage sexual conversations.

In response to the allegations, Stickman posted a denial to a Godless Maniacs Facebook group.

“As some may have seen, there is currently an orchestrated effort to attack my character by a group of up to 70 people, based mostly on out of context screenshots and intentional misinformation,” he wrote. “Due to this situation, some group features will have to be disabled or adjusted for a while.”

That comment from Stickman accompanied a change in the group: it became “secret.”

Some members in the group had negative reactions to the changes and Stickman’s post denying the accusations.

“You need to explain your situation, or, as is the case, I will side with the accusers,” one commenter wrote. “Censoring it only seems to prove your guilt.”

Another group member said they aren’t aware of the details but have concerns about how the allegations had been handled.

“I don’t know what happened,” they wrote. “But deleting posts and changing the group to secret? Doesn’t make you look good at all. Just saying.” 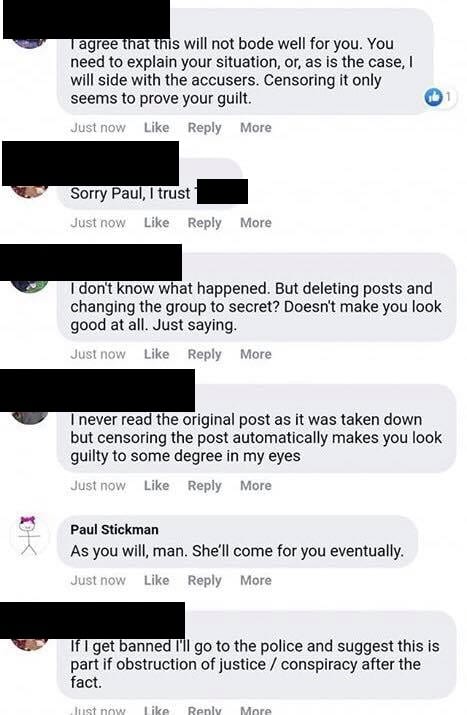 Here are some other comments from that secret group thread: 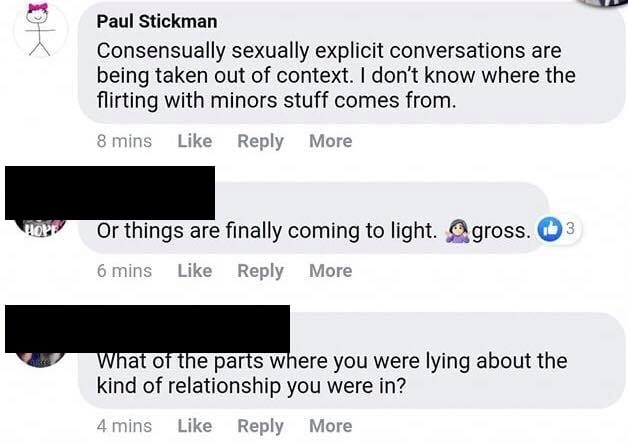 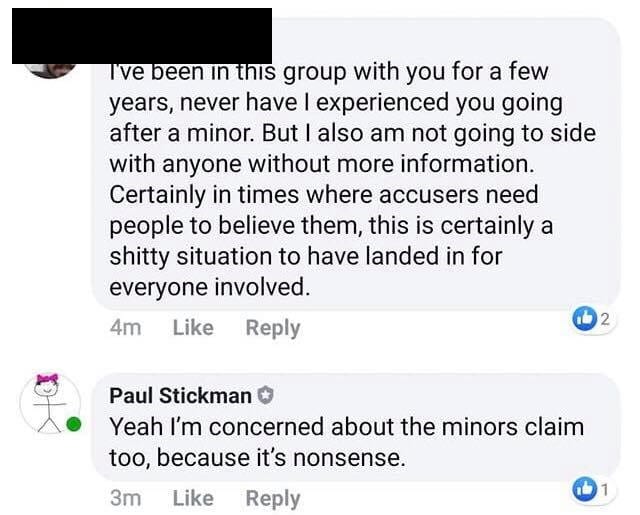 Many members of the Godless Maniacs group joined their own group, Third Wave Godlessness, after the allegations surfaced.

Stickman has consistently denied the allegations, stating that the screenshots that have been circulating represent consensual conversations. It’s worth noting that several of the screenshots I’ve seen depict extremely violent fantasies involving the women, like this one: 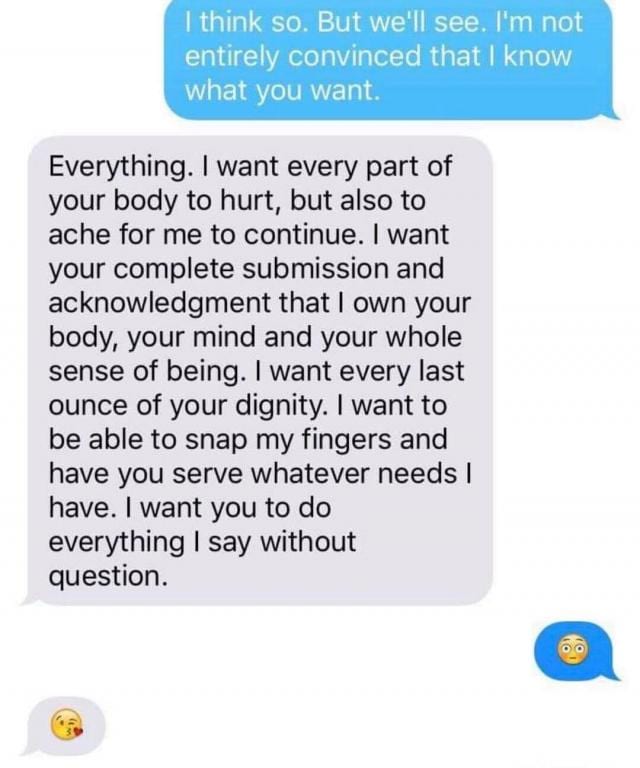 It’s also important to recognize that, at this time, it doesn’t appear as though any criminal allegations have been made. That also means, of course, that no charges were filed.

Stickman has deactivated his Facebook account, and his page and groups appear down at the time of writing. I wasn’t able to reach him for comment. 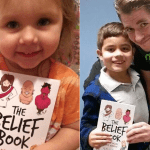 October 3, 2019
Today is Bring Your Bible to School Day. Kids Should Bring Their Brains Instead.
Next Post 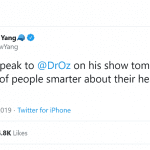 October 9, 2019 Andrew Yang Says Dr. Oz Has Made "A Lot of People Smarter About Their Health"
Recent Comments
0 | Leave a Comment
"In talking about the 'secular revolution' which took place in the American academy during the ..."
Luke Breuer My Facebook Fan Page Has Been ..."
""""Cults will do everything in their power to convince you that they are not a ..."
Linda Miller Former Reality TV Star Now Leads ..."
"So, given that the vast majority of the accusations referred to in this article — ..."
Paul Co-Founder of Popular Atheist Facebook Group ..."
"which is true except when you become insane in which case a doctor should come"
samuel Sam Harris is Wrong: Religious Extremism ..."
Browse Our Archives
get the latest from
Homestead Skeptic
Sign up for our newsletter
POPULAR AT PATHEOS Nonreligious
1