Recently, I saw a Forbes article entitled, “The Richest Man In The World Just Gave 98.5 Million Dollars To Help The Homeless.” Ordinarily I would roll my eyes at this rhetorical framing, but the Forbes Facebook page posted this story at least nine (9) times since November 22nd, and given that it’s now November 28th, I feel a need to address the claims in this Jeff Bezos piece (Forbes feels obsessed enough to keep bringing it up, so a response is warranted).

According to Forbes, and in fact the same author, Jeff Bezos’ net worth is (as of 2019) approximately 103.9 Billion dollars. Since this net worth is tied up in assets like stocks the value fluctuates by billions of dollars, and can be difficult to track. Frankly that the wealth of a single person could fluctuate by billions of dollars is something people need to recon with on a personal level given the great extent to which deprivation of resources is prevalent despite so much wealth existing.

To contextualize this in terms people can understand, the median net worth of an American family is roughly $97,000, though this varies wildly by race and ethnicity.  A donation of 98.5 Million from Jeff Bezos as a percentage of his net worth would be like the median American family giving 92 dollars to charity. This, however, doesn’t underscore that net worth varies wildly and has disparate impact based on race. The median black family has a net worth of 17,150 dollars, an equivalent donation of 17 dollars would be a more charitable act by percentage of net worth, all this while somehow affording taxes, which coincidentally Jeff Bezos does not pay.

This disparity becomes even more apparent when you look at his record overall. Jeff Bezos’ largest donation ever was 2 billion dollars, which as a percentage of his (then) net worth of 163 billion dollars (he lost about 35 billion dollars in the divorce, sold off other assets, lost some stock value, etc.) was a little over 1 percent of his net worth. Looking again at median charitable givings by income range, the average household is exponentially more charitable than Jeff Bezos.

Further still, it’s not like we can say that Jeff Bezos makes “charitable” donations given the clearly self serving nature of these donations. On December 14th, 2018, there was a strike at the Shakopee Minnesota Amazon packing facility where workers were protesting for better conditions. The day before the strike occurred, Bezos donated 2.5 million dollars to a local homeless center specifically to garner positive media coverage in the area and stifle critical voices.

That’s not to mention that other donations that Bezos has given come with terms and stipulations that serve as fine print. In Florida, a Bezos donation of 5.25 million dollars (one of the ways this 98.5 million dollars will be spent) is being given out as Amazon stock, which homeless services will need to manage as a security to maintain the value of said grant, and will be given out over a five-year period. In actuality, the value of this grant will be significantly less than 5 million dollars long-term, and won’t even be given out all at once. As a per annum charitable giving, this is actually lower than a mere .09% of his net worth due to long-term depreciation of stock value and inflation.

This doesn’t even underscore how unethical the company runs on a day to day basis, and how that wealth he has was generated to begin with. Amazon facilities have shockingly high injury rates, with employees being forced to work at length to meet an increasingly demanding quota for deliveries, employees which as of 2018 had 5 states in which it was one of the top 20 employers of food stamp recipients. It has lucrative contracts with ICE and helped design software that is used to track down undocumented people and deport them. It doesn’t treat international migrants particularly well either,  in fact its German factories hired Neo Nazis as guards to intimidate migrant employees.

It’s also been complicit with the military industrial complex. In June 2019, Amazon tried to offer permanent employment to a Department of Defense employee to secure a 10 billion dollar contract with the Department, and nobody wound up in prison over nakedly transparent attempts at corruption. It’s also suing the Department of Defense for not picking Amazon for said 10 billion dollar contract. Its products, such as the Amazon Ring, attempted to use AI to make neighborhood watch lists for the police, and the company had $600 Million deal with the CIA to help develop tools that would invariably be used in surveillance, regime change, and war.

In fact just the other year Jeff Bezos helped crush a small tax in Seattle to raise money for social programs to help the homeless. Realistically, the total amount raised by the tax (roughly 50 million dollars annually from companies worth more than 20 million dollars) would have been a pittance to Bezos. What’s more is he spent over 1.45 Million dollars attempting to oust a progressive elected city council member who dared to stand up to him (do the math; it’s greater than the amount that Florida homeless charity will get in a year from his grant).

Amazon has greenlit television shows funded by the CIA that depicts the CIA engaging in regime change abroad in Venezuela as though it were a laudable goal and not a disastrous campaign that has resulted in thousands of people dying from sanctions and arms supplied by the US to groups that have lynched civilians.

This isn’t even getting into the broader question of whether or not he should own a major newspaper like the Washington Post and the glaring conflict of interest that presents to news, or how his slashing of healthcare benefits for Whole Foods workers is a gross assault on working class people.


Amazon, Jeff Bezos, and the billionaire culture that both represent are not progressive. Fawning coverage of him by Forbes, unearned praise lavished out to him by SNL for being mildly critical of Trump, etc., is a detriment to understanding the real problems that arise from such a massive concentration of wealth in the coffers of a single individual, and the broader problems we face today. 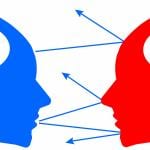 November 25, 2019
‘The Case Against Miracles’ is the Best Anti-Apologetics Book Around
Next Post 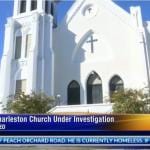