The Christian persecution complex seems strange to an outsider. Why do so many fundamentalist Christians feel like everything is an attack on them? As an atheist who has a degree in Religious Studies with an emphasis on Christianity and Mediterranean Religions, I can confidently tell you it’s because they are dogmatically required to think that way.

First of all, let me start off by stating the obvious: there are people who have been persecuted, and even killed, for merely identifying as Christians. That continues to this day. But the type of persecution that occurs is mostly in the Middle East, where Islam-based governments are hostile toward most outside faiths, and China, which just last year sentenced a Christian pastor and human rights activist to nine years in prison for “subverting state power” in connection with an underground church.

But these types of issues aren’t common in the West, let alone in the United States, which is overwhelmingly dominated by Christianity on a systemic level. And the more you think about it, the more that makes sense. How could Christians be oppressed in the U.S., when many of its laws institutions were created by Christians? And it’s not as though it’s all ancient history, either. Even now, 65% of Americans identify as Christian.

With a Christian majority, in a nation with a thinly veiled church-state separation that caters to Christianity, it seems outrageous that any Christian would claim to be persecuted, but the fact is it happens all the time. As we speak, a group of right-wing Christians is organizing rallies against the “persecution” they face via stay-at-home orders meant to help fight the ongoing pandemic. And just last month, Supreme Court Justice Sam Alito gave what some called an “unusually political” speech railing against purported religious persecution. And all over the internet, you’ll find Christians claiming everything from Starbucks cups to religious education courses violate their right to be free of persecution.

It’s not as though all Christians exhibit this persecution complex, but perhaps they should, if they take their own holy texts as gospel, that is. That’s because the source of this trend is the Bible! Here are some example verses:

Matthew 5:10 says, “Blessed are those who are persecuted for righteousness’ sake, for theirs is the kingdom of heaven.”

2 Timothy 3:12 says, “Indeed, all who desire to live a godly life in Christ Jesus will be persecuted.”

1 John also says, “Do not be surprised, brothers, that the world hates you.”

Most importantly, however, the Bible actually cites persecution of Christians as a predictor of the End Times. Jesus purportedly says, for instance, that this type of discrimination will increase, foreshadowing the savior’s return (Matthew 24). And one need not look far to see some Christian group claiming that this prophecy is being fulfilled right now!

So, for some Christians, finding persecution is more than just a desire to be a victim. Their faith, and often their sense of self, is tied to it. 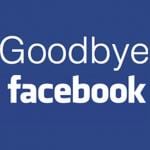 February 9, 2021 My Facebook Fan Page Has Been Limited For 'Hate Speech'
Recent Comments
0 | Leave a Comment
Browse Our Archives
Related posts from No Sacred Cows